The No. 27 NAPA KNOW HOW team was in race-winning contention before an untimely yellow played with the strategy of the team.

After qualifying in the Firestone Fast Six for the fifth time this year, Rossi started the Grand Prix of Portland from the third position. On the opening lap, Rossi made his way through the first turn to advance one position and hold onto the second spot, but shortly after, a dusty, multi-car incident occurred in Turn 2 just behind the championship contender. Among those involved were Rossi’s teammate Marco Andretti, who’s car had flipped upside down, Graham Rahal, James Hinchcliffe, Ed Jones and championship leader Scott Dixon. Although the replay showed Dixon’s perspective as zero visibility from the cockpit due to the dust cloud that formed, he managed to pull away unscathed and made his way to the pits to assess the damage, forcing him on a fuel-saving strategy for the remainder of the race. 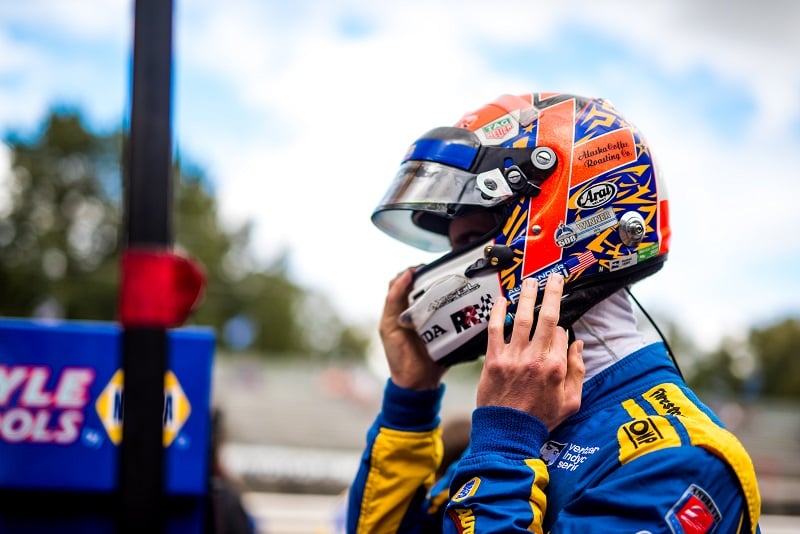 When the field came to the restart, fellow championship contender Will Power was leading the race and soon ran into unfortunate luck. Suffering with gear issues, Power slowed on track, allowing the blue and yellow machine of Rossi to take the lead on Lap 8. Building over a seven- second lead on his competitors, Rossi made his way to pit lane on Lap 28 and regained the lead after the remaining cars made their way into the pits for fuel and tires. 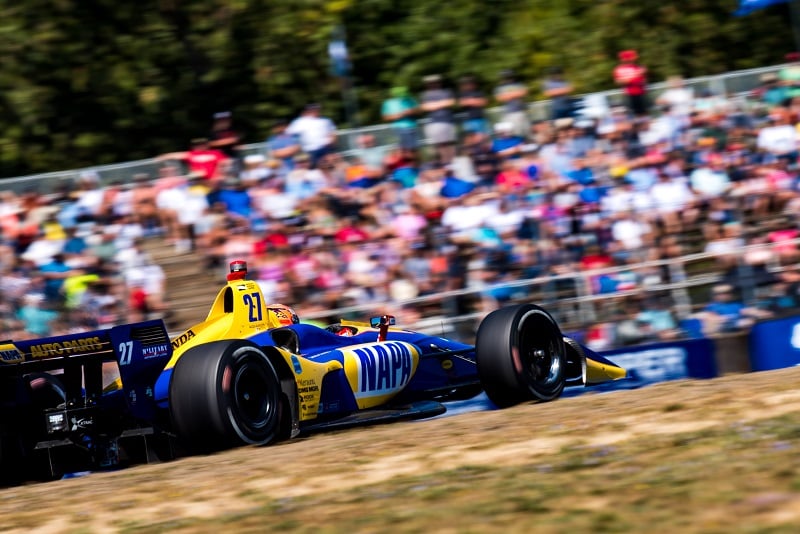 With a fourth race-win of the season looking favorable for the 26-year-old, the championship battle was also looking to turn in Rossi’s favor. After being served a drive-thru penalty, “points as they run” showed Dixon falling back to second in the standings. But as the yellow flag was waved on Lap 56 for Rossi’s teammate Zach Veach going off course, the gamble Dixon and the eventual race leaders took on pit strategy paid off. 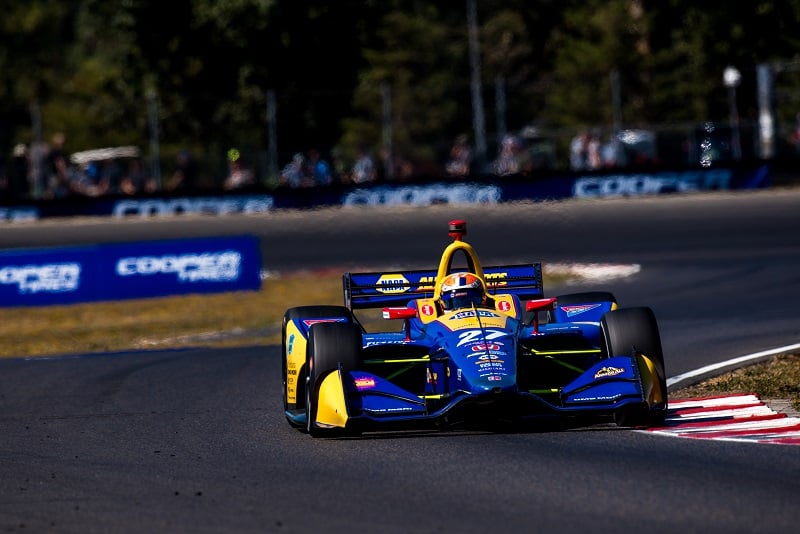 As Rossi made his second pit stop under yellow, those on a fuel-saving strategy shuffled to the front pushing Rossi back to 17th when he took the restart. Rossi had climbed to 11th before coming in for his final stop, but the “Ice Man” Dixon was still ahead of the 27 car.

The checkered flag waved after 105 laps of racing action and Rossi settled for an eighth-place finish. Dixon’s fifth-place finish extended his lead in the championship to 29 points heading into the double-points season finale at Sonoma Raceway. 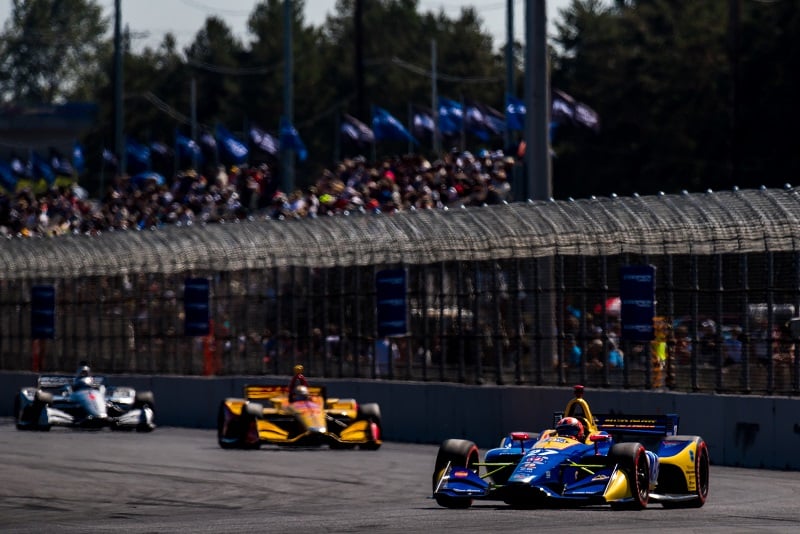 “It’s one of those days,” said Rossi. “We had a fast car – the NAPA AUTO PARTS Honda was really quick out front and we were able to build a seven-second gap. Our tire strategy was going according to plan and everything was good until the yellow came on Lap 56. It hurts a lot and hopefully it’s not something that costs us the championship. We just have to rebound and move on from it and know that it’s something that’s out of our control. Now it’s time to refocus and be ready to attack at Sonoma.”