Electric vehicles seem like the current rage, but over a century ago they had a place in the market alongside steam- and gas-powered cars. Fast forward to today and the market seems ready to pivot from the internal combustion engine to full electrification.

An electric car may be in your future, but if you’re like most Americans, there are several challenges to overcome with these vehicles, including their driving range. Fortunately, innovation in battery technology will likely make the issue of range just a minor concern soon. 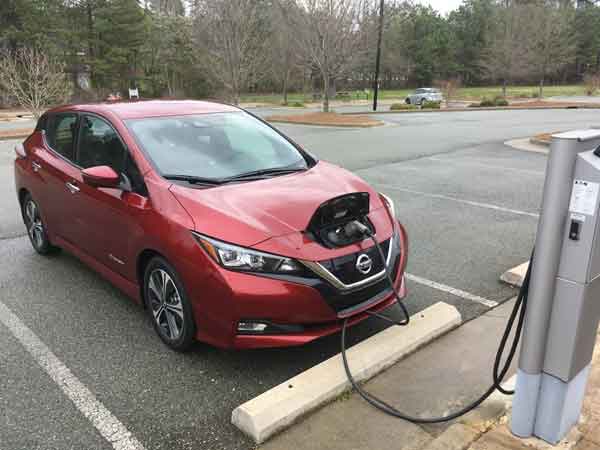 How did we get to where we are today with vehicle electrification? It all started nearly two centuries ago. As far back as 1828, innovators in the U.S., Hungary and the Netherlands were experimenting with electrifying the carriages that came with the horse and buggy. Certainly, these systems were rudimentary, but they showed some promise. Yet, it wasn’t until 1890 that the first electric vehicle in the U.S. debuted, and by the turn of the century, steam, gas and electric vehicles were vying for customer attention.

Improvements in battery technology kept electric cars relevant into the early 1910s, but by then the gas-powered Ford Model T had come out, introducing the electric starter and driving down prices. Electric cars maintained a stake in the market well into the 1920s, but cheap Texas crude oil, better roads for longer drives and stagnating battery tech assured the end of electrification by the middle of the following decade.

Although the internal combustion engine asserted its supremacy, the development of electric vehicles was never completely forgotten. In 1973, GM developed a prototype for an urban electric car, and by 1975 the Sebring-Vanguard Company innovated and built more than 2,000 CitiCars with a driving range of 50 to 60 miles. GM moved electrification further along in the 1990s when it built the EV1, leasing 1,100 units to customers. However, the program was soon canceled, with GM citing high costs as the reason for ending its experiment. By the early 21st century, the current electric car movement was born, with upstart Tesla Motors, Nissan, GM and others generating new models.

Today’s fully electric vehicles comprise far fewer parts than standard internal combustion models. The main components are tied to a basic platform, which includes the battery, motor controller, electric motor and drive system. While all parts are critical to the vehicle’s operation, it is the battery and its ability to hold a charge with an extended range that is of the greatest interest to consumers.

Tesla Motors became the first automaker to build a highway-legal electric car in 2008 when it began producing the Roadster, which was based on a sporty Lotus platform. Utilizing lithium-ion battery cells, the Roadster had a driving range of 244 miles. A few years later, the Roadster gave way to the Tesla Model S sedan with a similar range.

At the same time, Nissan introduced the Leaf, an EV with a 75-mile range. The stark difference in these vehicles’ ranges had everything to do with battery size and complexity — and how much consumers would pay for the vehicles. Indeed, the original Tesla models cost more than $100,000, while the Nissan Leaf retailed for less than half that cost. Besides some equipment differences, the main cost in EV development has always been the battery-driven propulsion system.

Although other automakers have more experience designing and building vehicles, great battery tech and efficient battery production have been key differentiators for Tesla, allowing them to stay a step ahead of even the oldest and most established industry giants.

Manufacturers have steadily improved battery technology to enable electric vehicles to charge faster, drive further and cost less. Together, these three attributes will gradually allow the industry to shift and perhaps put the internal combustion engine behind us entirely one day.

Check out all the electrical system products available on NAPA Online, or trust one of our 17,000 NAPA AutoCare locations for routine maintenance and repairs. For more information on electric cars, chat with a knowledgeable expert at your local NAPA AUTO PARTS store.