Our eyes are amazing organs, even moreso when coupled with the brain and the billions of calculations it makes every second. But it would be a mistake to liken them to digital cameras. Unfortunately, their limitations are highlighted in how many car crashes involve motorcycles, cyclists and pedestrians, which the driver simply didn’t see. With that in mind, drivers and bikers alike should brush up on fall motorcycle safety. Drivers need to pay special attention and look for motorcycles, particularly when crossing intersections, changing lanes or making turns.

Usually, if there is a crash involving a motorcycle and the driver says, “I didn’t see it” or “it came out of nowhere,” whoever’s filling out the police report will simply chalk it up to the rider moving erratically or too fast. While this could indeed be the case, it does one good to note that few motorcycle riders are recreating scenes from “The Matrix” or “The Island.” That is to say, the vast majority of riders are riding safely within the limits of their own bikes, the law, and road and traffic conditions. The truth is much more subtle and dangerous.

Even when drivers think they are entirely focused on driving, instead of distracted by text messages and GPS navigation, their brains are doing countless things other than driving, such as breathing, thinking about dinner or daydreaming. All of this uses energy, so the brain takes shortcuts, such as reducing the amount it perceives from what the eyes see. Sitting at a desk, for example, reading this article on a smartphone or laptop, there’s likely a lot going on outside your field of vision, but the brain simply doesn’t perceive it. On the road, this can be disastrous.

Scanning left and right a couple of times may be insufficient, because the eyes don’t record moving pictures. Instead, they focus on several points with blank spaces between them. The brain assembles a mental map with the images, but several problems can occur.

How Your Mental Map Misses Motorcycles

First, motorcycles are the minority on the road, so the brain doesn’t expect to see them. When looking left and right at an intersection, the brain perceives what it recognizes as cars. It ignores anything that doesn’t match, such as a motorcycle, cyclist, pedestrian or animal. The unexpected image is simply not added to the mental map.

Second, a motorcycle can get lost in the blank spaces in between the images. Scientists call this “saccadic masking,” where the brain replaces the blank spaces with recent memory, filling in the blanks with imagery from previous experiences, which don’t include motorcycles. Because no motorcycle is perceived, it isn’t added to the mental map. 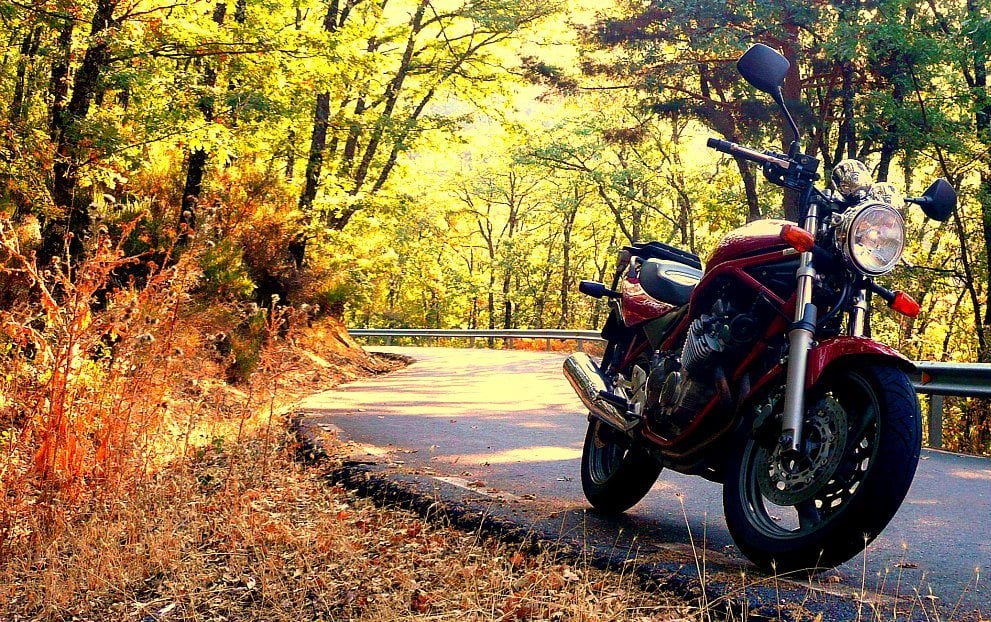 As more motorcycles head out on these wonderful fall days, make a conscious effort to specifically scan for them, and don’t underestimate their distance and speed. To prevent saccadic masking from hiding a motorcycle, don’t sweep the eyes left and right at an intersection. Instead, look and focus left, look and focus right, and look and focus forward, then repeat at least one more time.

Check out all the motorcycle and powersport parts available on NAPA Online or trust one of our 17,000 NAPA AutoCare locations for routine maintenance and repairs. For more information on fall motorcycle safety, chat with a knowledgeable expert at your local NAPA AUTO PARTS store.