A win by Todd Gilliland in the Visit Hampton Virginia 150 at Langley Speedway on Monday propelled him into the lead in the championship standings for the NASCAR K&N Pro Series East.

The 17-year-old has been on a hot streak this summer in the Bill McAnally Racing No. 16 NAPA AUTO PARTS Toyota Camry.

Monday’s victory at the historic Hampton, Virginia track marked his fourth series win in six races, along with a couple of runner-up finishes; and gave him a six-point lead in the standings. Gilliland, who is running the full schedules in the East and West divisions of the NASCAR K&N Pro Series, is the first driver in the history of the series to lead both divisions at the same time. He has led the K&N West standings since the second race of the year, and holds a five-point advantage as the defending champion in that division. 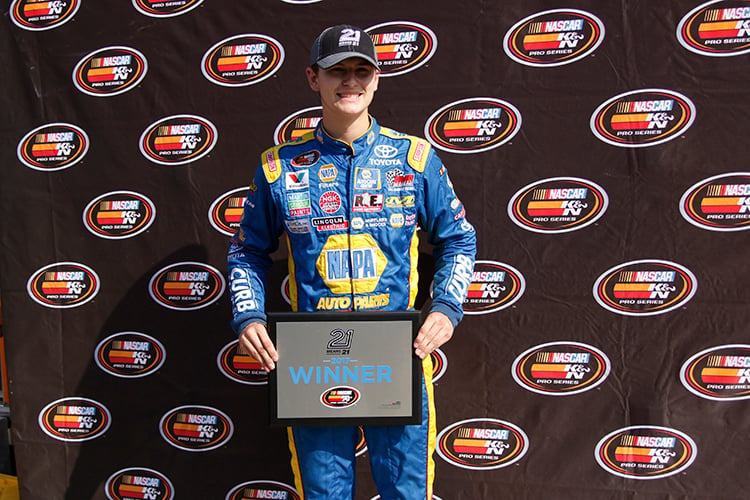 Gilliland led the way in practice on the .396-mile Langley oval and won his first pole award of the year in time trials. After leading the initial laps of the race, he appeared content to settle in and run in second. He charged back into the lead with about 40 laps to go and pulled away for the win.

His move into the lead in the standings comes with just two events remaining of a 14-race schedule. He has four wins, nine top-five, and 12 top-10 finishes in 12 starts this season. 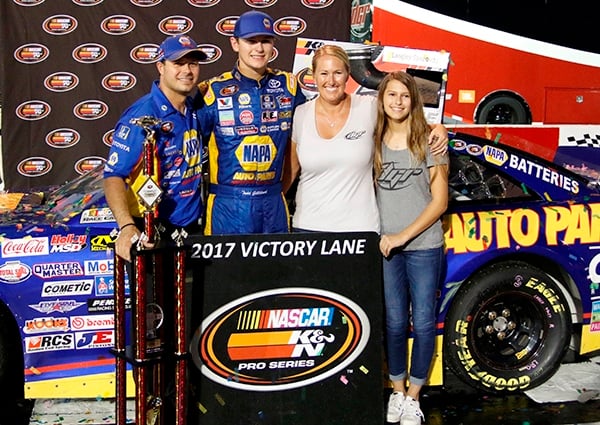