The lowly gas cap. That often forgotten (usually on the pump) hunk of plastic that keeps the boom-boom juice from spilling on the road when you punch the pedal to make the light. 20 years ago, that was just about all a gas cap did, and on older vehicles, the cap barely even sealed the tank. Modern vehicles, however, are quite a bit different. 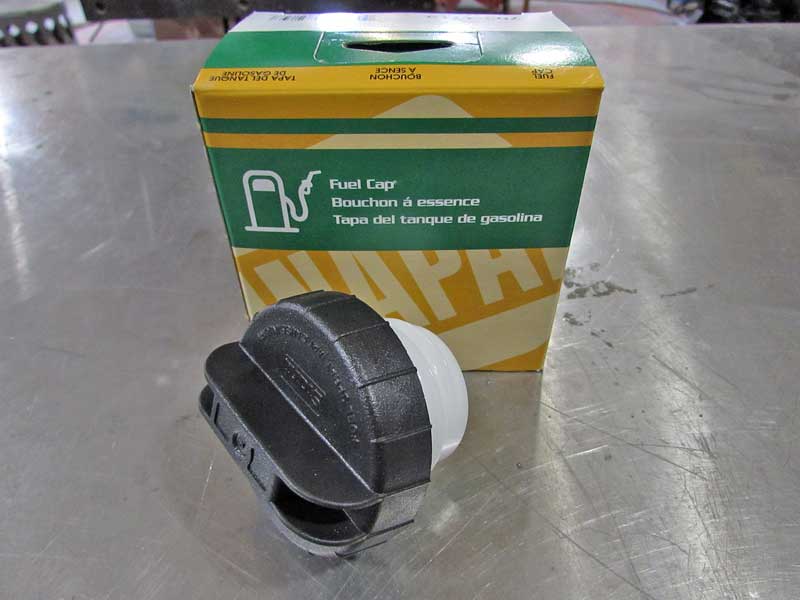 A modern gas cap serves several functions. Today’s fuel systems require a complete seal on the tank, without it, there can be issues. The most common cause of a lit check engine light is not a bad sensor, it is a loose gas cap. What may surprise you is that many new vehicles are being designed without gas caps at all. Instead of a traditional cap, there is self-latching seal door that prevents the vapors from escaping.

Historically, the gas cap was simply a way to plug the hole in the tank, but all of that changed in 1970, when safety concerns and the EPA brought some much needed issues to light. Safety concerns are obvious- reduce the fire danger of spilled fuel, especially in the event of an accident. The environmental concerns came from the EPA’s studies on ground level ozone, and fuel vapors were major issue.

Beginning in 1971, US-licensed cars had to have evaporative controls built into the fuel system, and this all starts with the gas cap. Sealing the tank and then using a charcoal canister to control vapors helped reduce emissions and fuel vapor contamination. By the mid 90s, fuel vapor controls were 50 times more strict than in 1971.

Evolution of the gas cap includes easier-to-attach caps, making it harder to get it wrong. Older vehicles had a simple 2-prong mechanism, whereas today’s vehicles use threads. The sealing materials went from cork or cloth gaskets to neoprene and polyurethane materials for better resistance from chemical deterioration.

Another update for gas caps is the slow-release feature that allows fuel vapor to slowly release instead of the sudden poof of older sealed tanks. Ever wonder why some cars have a sticker inside the gas cap door that says “open slowly” that is there to control the vapor release on hot days.

Today’s gas cap features a ratcheting mechanism to ensure the right seal. This 1/8th turn design is there to alert the driver that the cap is installed correctly, if it doesn’t click, it is not on right. In some states, emissions testing is even reaching into the gas cap area. I/M 240 emission test procedures require testing the gas cap to make sure it is fully functional.

A malfunctioning gas cap needs to be replaced as soon as possible. A cracked cap or missing seal will allow fuel vapors to escape from the tank, and over time will cause fuel economy to drop, costing you at the pump. A missing cap certainly causes those same issues, but also you run the risk of burning down your ride. In fact, a missing or incorrectly installed gas cap can cost you as much as 30 gallons over the course of a year. That is a substantial amount of fuel.

One key component to buying a replacement cap- not every cap is built to the OEM specs, you need to make sure your gas cap meets the I/M 240 specs if you live in an emissions-controlled area. Replacement is easy, just pop into your local NAPA Auto Parts Store and tell the counterperson your vehicle’s make, model and year, and they will sell you the gas cap you need. Just make sure you hear that “click” every time you put the cap back on, because if you don’t, you are just asking for trouble.

Check out all the fuel & emission system products available on NAPA Online or trust one of our 17,000 NAPA AutoCare locations for routine maintenance and repairs. For more information on why you need to check your gas cap, chat with a knowledgeable expert at your local NAPA AUTO PARTS store.

NAPA Know How Blog Know-How Notes: Why You Need To Check Your Gas Cap