Derek Kraus led wire-to-wire in his Bill McAnally Racing No. 16 NAPA AUTO PARTS Toyota Camry to pick up his fifth K&N Pro Series West win of the year and 10th of his career Saturday at Kern County Raceway Park.

The win at the NAPA / ENEOS 150 presented by the West Coast Stock Car Hall of Fame was his fourth consecutive victory at the high-banked, half-mile track for the 18-year-old NASCAR Next driver from Stratford, Wisconsin.

Kraus came into the event with a 40-point lead in the championship standings and extended that margin to 47 points with the win. He is within one point of clinching the title and needs only to take the green flag at the season finale on Nov. 9 to win the series championship. 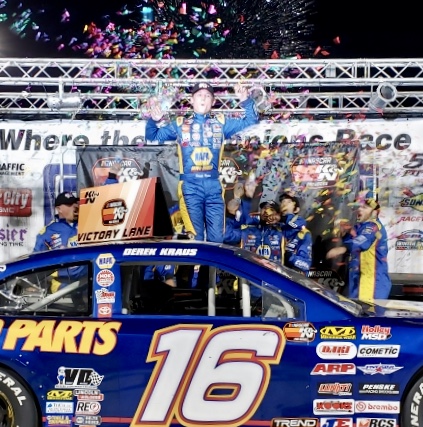 Kraus becomes just the third driver in the history of the series to win four consecutive races at one track. The legendary Hershel McGriff had five straight wins at the old half-mile Portland Speedway in Oregon, 1971-1973; and six-time series champion Ray Elder had four consecutive victories at Ascot Park, 1967-1970.

It was BMR’s sixth straight victory at the Bakersfield-area track. It also marks BMR’s 99th overall win in the NASCAR K&N Pro Series.

With 13 of 14 races complete this season, Kraus has five wins, ten top-five and 12 top-ten finishes. He also scored two wins earlier in the season in the NASCAR K&N Pro Series East.

Deegan – an 18-year-old NASCAR Next driver from Temecula, California – is third in the championship standings – just four points out of second. She has two wins, seven top-five, and ten top-ten finishes in 12 starts this season. 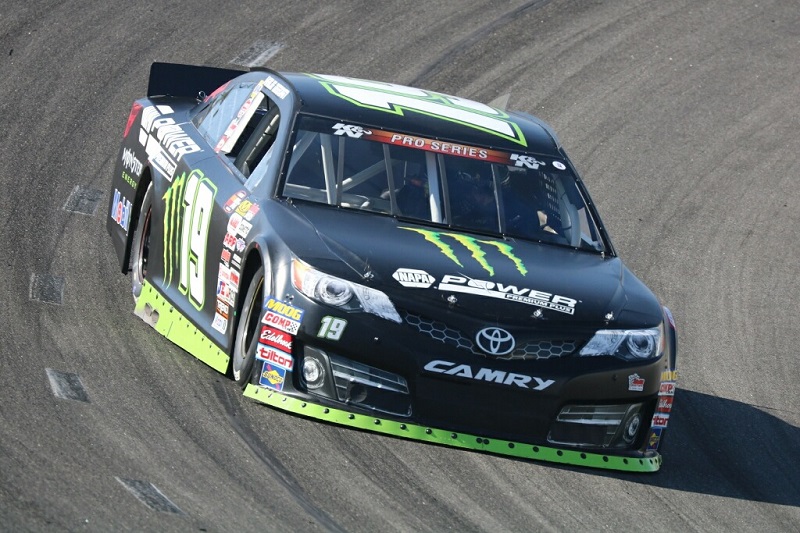 Zamora – a 20-year-old from Kennewick, Washington – is fifth in the overall standings and second in rookie points. She has six top-five and nine top-ten finishes in 12 starts this season.

Garner picked up his best finish in just his third series start. The 20-year-old from Yorba Linda, California, had finished ninth in his series debut earlier this year.

The race at KCRP will be televised to a national audience on NBCSN on Oct. 31 at 3 p.m. PST.

Next Race: K&N Pro Series West season finale at ISM Raceway on Nov. 9
How to Watch or Listen: fanschoice.tv