With a 12th-place finish on Friday night and losing a chance to regain lost points on Saturday after a rain-out at Port Royal Speedway, Brad Sweet enters the season finale in Charlotte with just an eight-point lead over ten-time series champion Donny Schatz.

The World of Outlaws 2019 season started back in February at Volusia County Speedway. With 70 completed races, nearly 20 rain-outs, countless late nights, two trips across the country and back, plus a season and career high of 16 wins later, Brad Sweet’s quest for his first WoO title comes down to the final weekend at The Dirt Track at Charlotte. 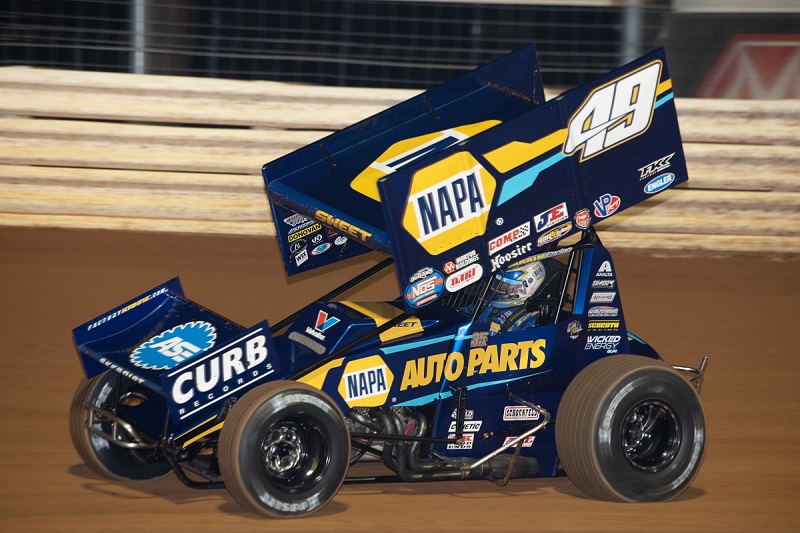 Holding just an eight-point lead over ten-time and defending series champion Donny Schatz, the points battle between “The Big Cat” and one of the series’ greatest of all time has shaped up to be the tightest in World of Outlaws Series history.

First, the series made its penultimate stop of the season at Port Royal Speedway in Port Royal, Pa., on Friday and Saturday night.

On Friday, Sweet and the NAPA AUTO PARTS team struggled to find the speed they expect out of the No. 49 machine. With 58 cars signed in, qualifying was split into two “flights.” Sweet went out late in the order in “flight B,” a disadvantage in sprint car racing as the track is typically it’s fastest early in the session. Sweet posted the ninth-fastest lap. 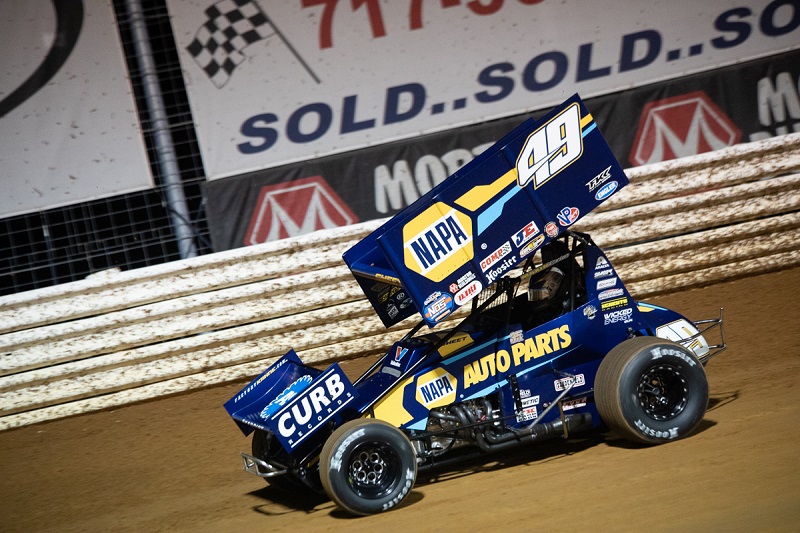 The No. 49 Kasey Kahne Racing team would have their work cut out for them the remainder of the night.

Starting third in his heat, Sweet was not able to advance into the top two by the conclusion of the eight-lap race. The top-two finishers advanced to the DIRTVision Fast Pass Dash, of which the finishing order sets the first three rows of the feature. However, with such a large car count at Port Royal, two six-lap dashes were run, setting the inside and outside lanes for the feature. Just missing out on the dash transfer, Sweet was relegated to an 18th-place starting position.

When the feature began, track conditions proved to be extremely fast. Only one caution flag flew on the night, and most drivers found it difficult to advance through the field with the blistering-fast pace. When the checkered flag dropped on lap 30, Sweet had advanced to the 12th position. 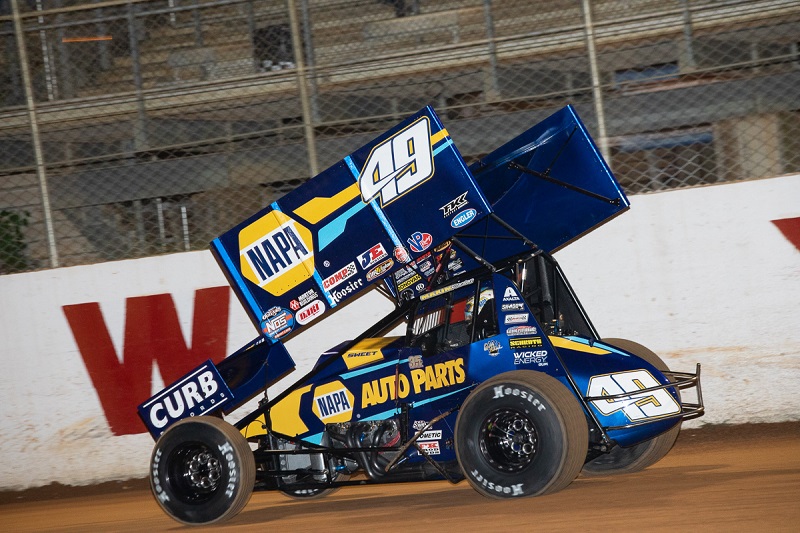 Championship rival Donny Schatz started on the pole and won his 11th race of the season, cutting Sweet’s points lead down to eight.

Moving on to night two at Port Royal on Saturday, rain was in the forecast. Series officials made the call to move up the race to an afternoon show to beat the weather. Teams were able to complete hot laps and qualifying, where the NAPA team improved from the night before and posted the sixth-fastest lap in “flight A.” However shortly after qualifying the skies opened up, and with heavy rain, the race was cancelled with no make-up date. 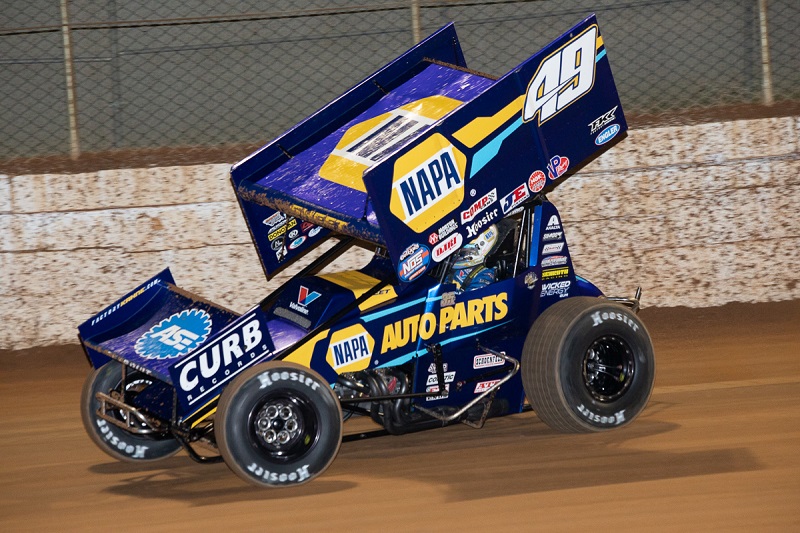 The series has this week off, and will return to action November 7-9 for the season finale, the World Finals at The Dirt Track at Charlotte.

Next Race: November 7-9, World Finals at The Dirt Track at Charlotte, Concord, N.C.
How to Watch or Listen: www.dirtvision.com