Chase Elliott and the NAPA AUTO PARTS team led 114 laps in Sunday night’s NASCAR Cup Series race at Darlington Raceway before finishing 20th after suffering damage while battling for the lead in the closing laps. 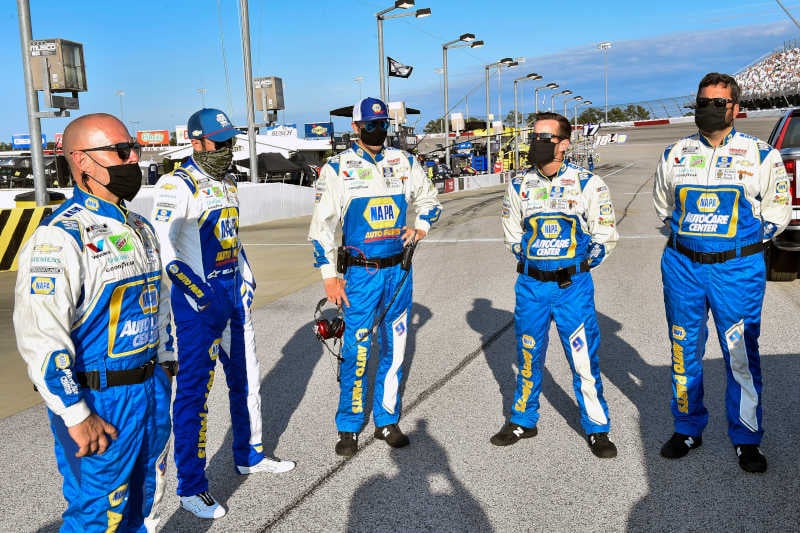 Elliott and the NAPA AUTO PARTS team started Sunday night’s race from the pole position. Elliott maintained the lead through the opening laps. When the competition caution was displayed on Lap 25, the driver of the No. 9 reported that his NAPA Chevrolet was too loose navigating the track’s slick surface. After making a pit stop for four fresh tires, fuel, and a chassis adjustment, Elliott led the field on the restart on Lap 32. He continued to pace the field and extended his advantage to more than a second on Lap 66. 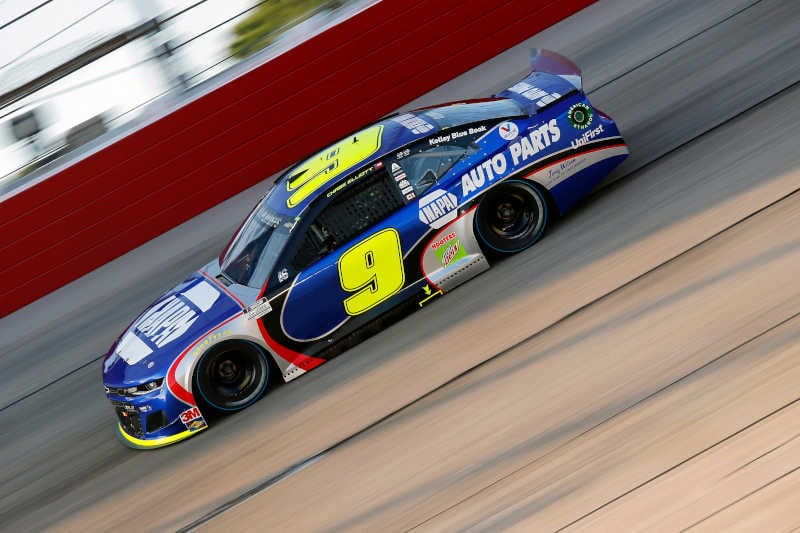 Crew chief Alan Gustafson called Elliott to pit road for a scheduled pit stop on Lap 72. The 24-year-old driver regained the lead on Lap 76 after the field cycled through green-flag pit stops. A caution on Lap 82 presented another opportunity for the NAPA team to pit for fresh tires and fuel. On pit road, Elliott lost time after having to avoid a car as he pulled into his stall. He ultimately lost the lead and lined up third for the ensuing restart on Lap 87. Elliott took over second on Lap 98 and returned to third on Lap 105 when Hendrick Motorsports teammate Jimmie Johnson moved into the spot. Elliott finished Stage 1 in the third position. 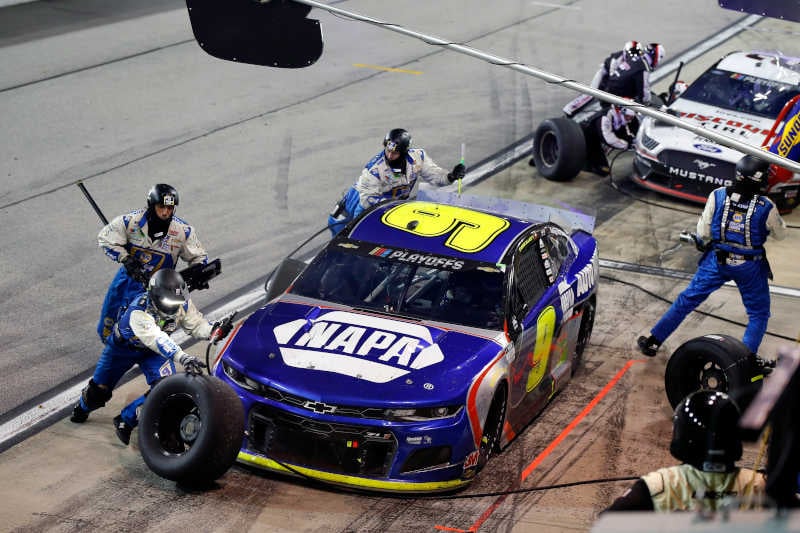 During the stage break, Elliott once again reported that his NAPA Chevy was trending to the loose side. Gustafson elected to make several chassis adjustments in addition to giving his driver four tires and fuel. Elliott lined up fourth from the outside lane to kick off Stage 2 on Lap 121. He jumped to second in the opening laps of the segment and was running in that position when he brushed the wall on Lap 135. Elliott lost his momentum with the contact and slid back to fourth by Lap 148. The NAPA AUTO PARTS team made a scheduled green-flag pit stop on Lap 174. After returning to the track, a caution came out a few laps later on Lap 179 with Elliott scored 12th. The NAPA team elected to pit to spend more time fixing the right-rear fender of Elliott’s Camaro. The Dawsonville, Georgia, native lined up 15th when the race resumed on Lap 186. He was able to advance to 13th by Lap 190 where he would finish the second stage. 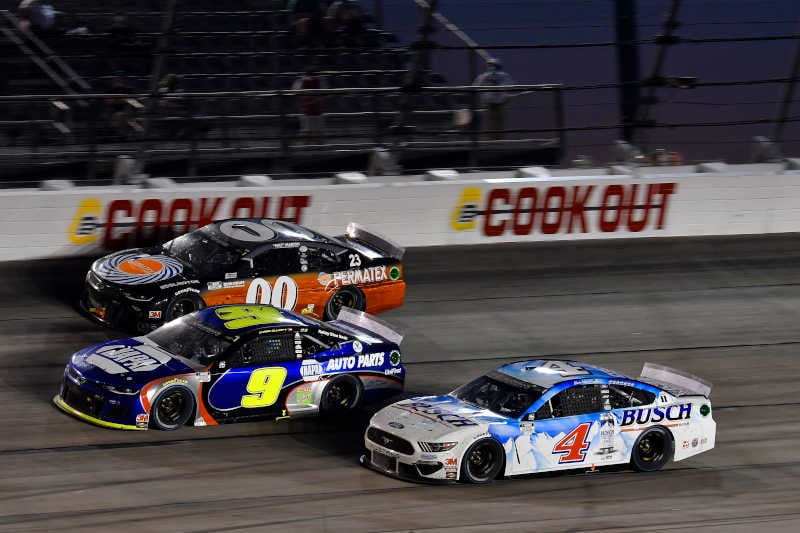 After the stage, a quick pit stop by the NAPA AUTO PARTS team gained Elliott four positions and put him eighth for the Lap-236 restart. He lost his momentum in the opening laps after the restart and slid back to 13th. When the caution flag waved on Lap 245, Elliott reported that his NAPA Chevy was turning better after the previous adjustments. The No. 9 team once again pitted for four tires, fuel and a chassis adjustment during the caution and restarted 12th. Elliott pressed forward and was up to seventh by Lap 255. 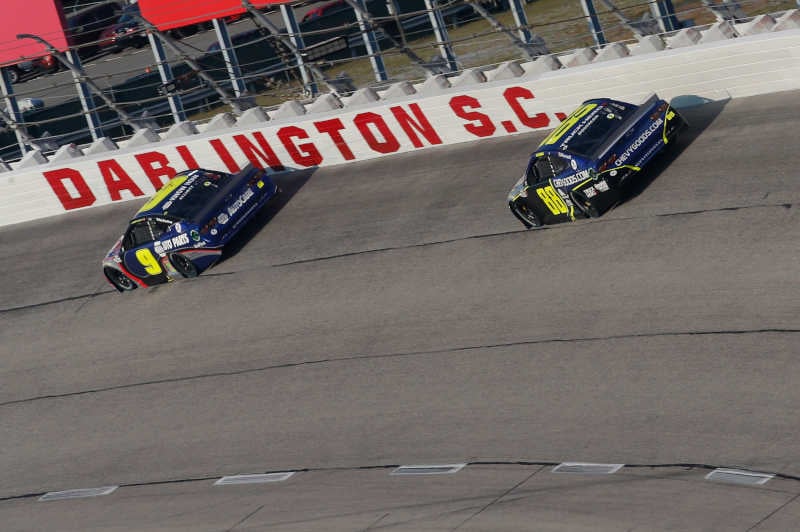 Elliott reported that his Camaro was the best it had been all evening. On Lap 286, the NAPA team made a scheduled pit stop and Elliott moved up to second after the field cycled through their pit stops. He continued his charge forward and took over the lead on Lap 320 before the caution flag waved. The NAPA team made a pit stop for four tires and fuel and restarted as the leader with 41 laps remaining. Elliott maintained the lead until contact with a competitor battling for the lead with 13 laps to go sent the No. 9 Camaro into the outside wall in turn one. The resulting damage slowed Elliott and forced him to limp the NAPA Chevy to a 20th-place finish in the opening race of the NASCAR Cup Series Playoffs.