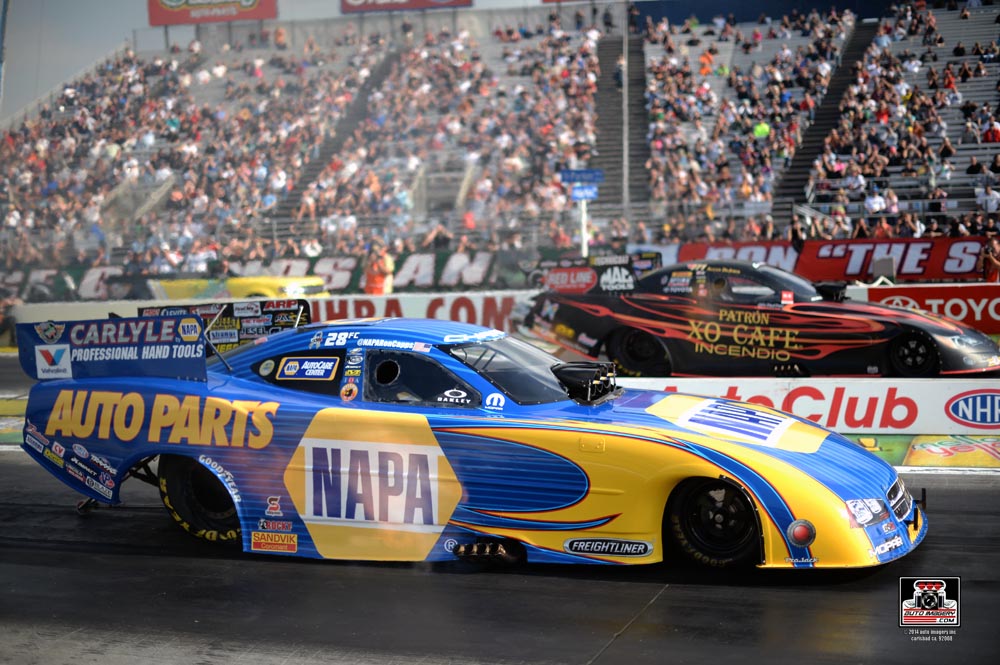 Driver Ron Capps qualified third for Sunday’s championship eliminations in the NHRA AAA Auto Club Finals with a time of 4.005 seconds and recorded a 4.028 (317.79 mph) to win in the first round. But he ran into a tricky lane in the quarterfinals and lost traction in a loss to Don Schumacher Racing teammate Matt Hagan, who went on to win the NHRA Funny Car world championship and event title.

“On that last run it smoked the tires at about the same spot (Robert) Hight pulled them loose before we ran. We went up there without lane choice and unfortunately the tires came loose.

“But it was a great weekend for the NAPA team. The car was running awesome. The conditions were warmer today, so that threw a little bit of a curve at the crew chiefs.

“We’re excited for the off season and getting back here in 11 weeks. We’ll have the new Dodge Charger R/T body for next year, and I’m excited about that. My teammates who have driven it say great things.

“The new body combined with our new clutch program will work great.”

Although he won’t be driving his NAPA Funny Car for a couple months, Ron will be busy.

“We’re going to shoot a new NAPA commercial with (NASCAR’s) Chase Elliot and Dale (Earnhardt) Jr. That’s going to be a lot of fun for me and our NHRA fans. We’re pumped for NAPA.” 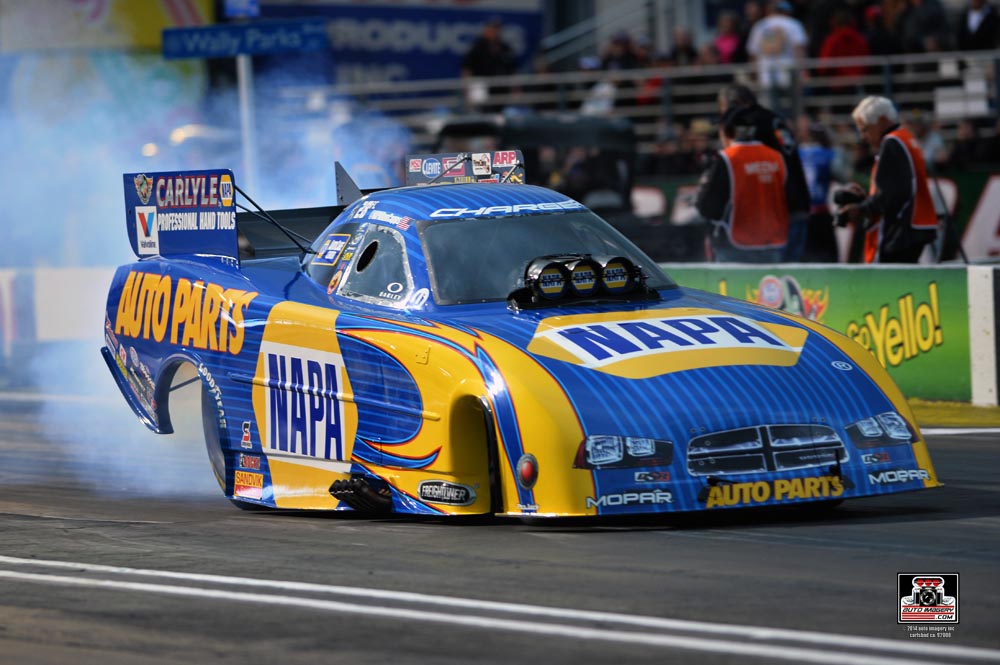