The 18-year-old rookie, who won three times this season (Texas, Darlington and Chicagoland) and placed inside the top-five 16 times, was also the recipient of the annual Sunoco Rookie of the Year Award beating Ty Dillon by 47 points.  But, Elliott’s night was far from over.  The phenom was presented with the Most Popular Driver of the Year Award in the Nationwide Series, ousting his teammate, Regan Smith, who claimed the MPD title for JR Motorsports in 2013.  JR Motorsports helped power Chevrolet to their Bill France Performance Award, edging out Toyota, for a 15-win season, nine of which came from JRM. 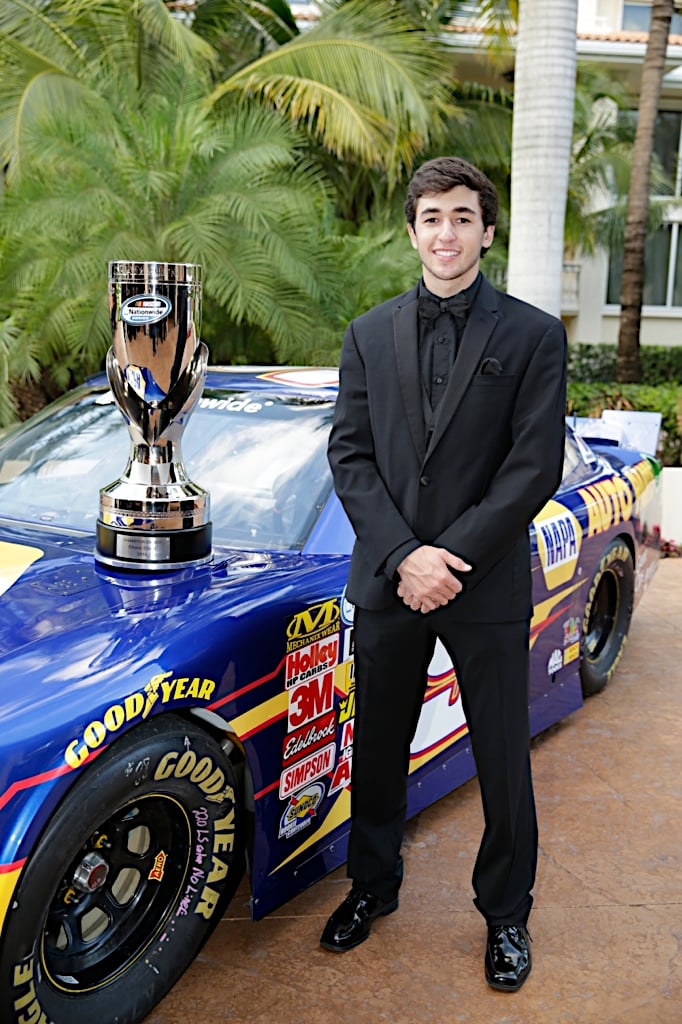 After becoming a millionaire, Elliott gave what will be remembered as one of the most humbling and fulfilling speeches to close out an unforgettable night.

“This was a year of a lot of firsts.  At the beginning of the season, everything felt like a bit of a stretch.  However, with the incredible support I received from all you, my family and this incredible team, at the end of the season, everything naturally just grew into place.  I can’t thank NAPA AUTO PARTS, Mr. Hendrick, Dale and Kelley (Earnhardt), my family and all the support from so many great people enough for making this a reality.  No way could I have done half of this without all their support.  Thank you all for this amazing ride.  Tonight has been a true honor.”