For most drivers, long discussions arguing the merits of mass airflow sensors (MAF) against those of manifold absolute pressure (MAP) sensors won’t come up. Both sensors deal with monitoring airflow and delivering it to the electronic control unit (ECU), data which helps the computer determine how much fuel to meter out at any given time. And a manufacturer might use a MAP or a MAF or even both together, it just depends on the system’s design. For this reason, the question of MAP versus MAF is a hot topic of debate among tuning enthusiasts who like to design or modify their own systems and accurately measure performance. 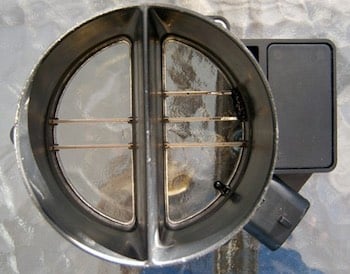 To sum up, neither is better than the other exactly and when it comes to MAP versus MAF, they’ve just got different strengths. That’s why some engines use them in tandem to get the most and best information to drive performance as smoothly and efficiently as possible. Whichever your vehicle has, you’ll notice when it goes bad because you’ll start going through fuel faster, the engine will run rough, and your air-fuel ratio will be off. And when that happens, you’ll want to know what you’re dealing with.

Check out all the relays, sensors and switches available on NAPA online or trust one of our 17,000 NAPA AutoCare locations for routine maintenance and repairs. For more information about MAP versus MAF sensors, chat with a knowledgeable expert at your local NAPA AUTO PARTS store.

2 thoughts on “MAP versus MAF: What’s the Difference Between These Sensors?” Leave a comment ›

NAPA Know How Blog MAP versus MAF: What’s the Difference Between These Sensors?