Chase Elliott, driver of the No. 9 NAPA AUTO PARTS Chevrolet, finished third in Saturday afternoon’s Dover 200 at Dover International Speedway.  It was Elliott’s 14th top-five of the season and increased his championship lead to 26 points over teammate Regan Smith with only five races remaining.  Kyle Busch won his 68th career Nationwide race after leading a race-high 101 laps. 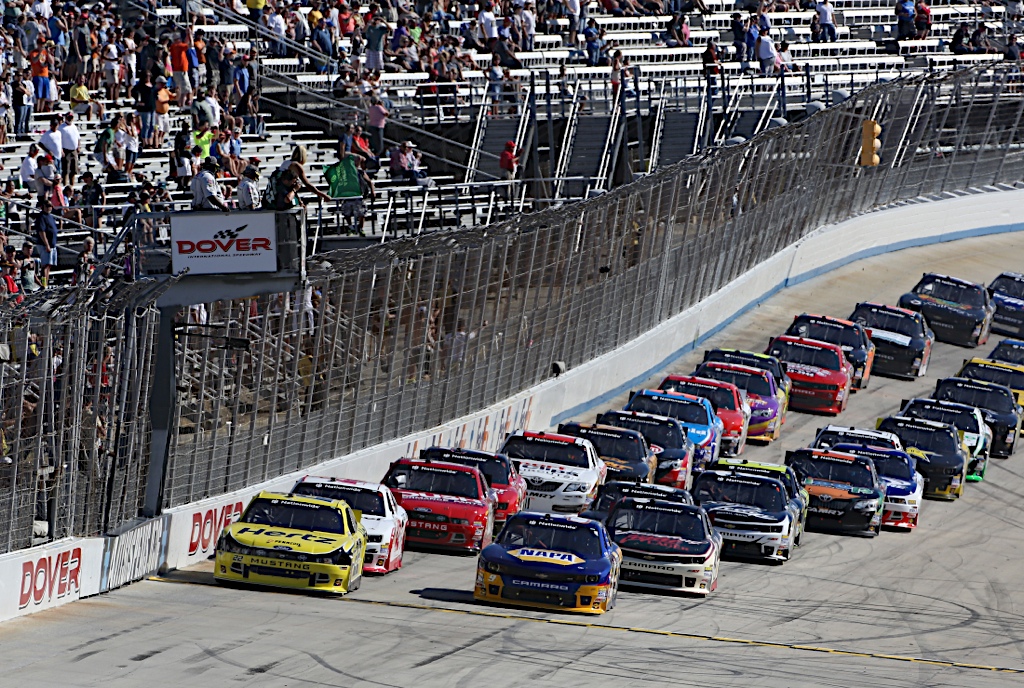 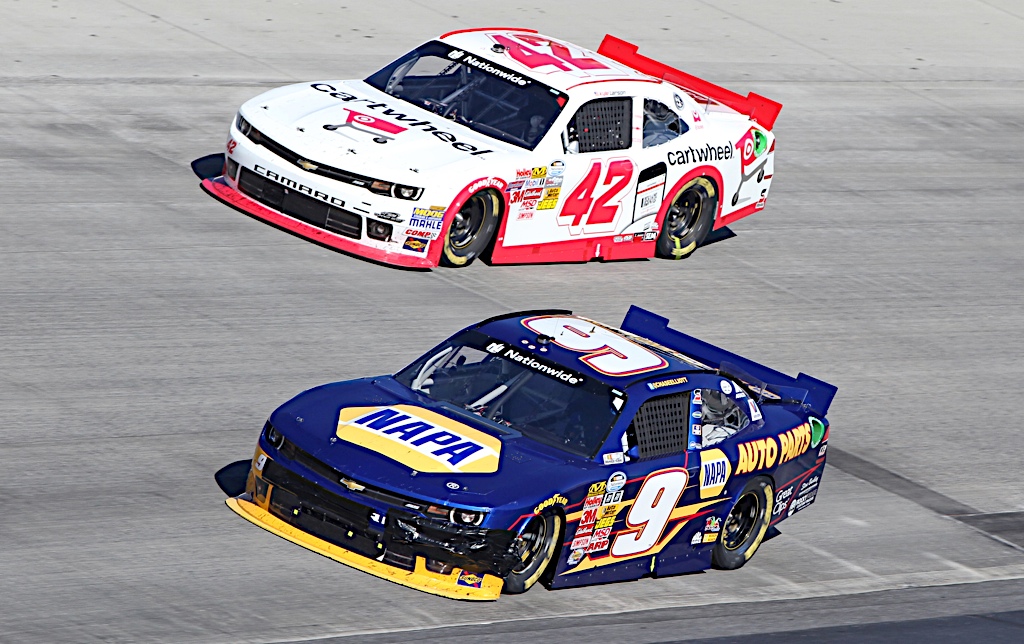 Starting second, Elliott piloted his NAPA machine steady in the second spot for the majority of the first 38 laps. On lap 39, the caution fell for a wreck involving the No. 17 and No. 93 cars directly in front of Elliott. Unfortunately for Elliott, minor contact while navigating through the wreckage cracked his front bumper, forcing him to make two trips to pit road to repair his No. 9 Chevrolet. Crew chief Greg Ives’ strategy to thoroughly repair the damage while also gaining a valuable championship point by leading a lap under caution set the tone for the upswing the remainder of the race.

Elliott restarted 23rd at lap 47 and methodically worked his way back to fifth by lap 90. The determined 18-year-old rookie was on a mission as his radio went silent and his lap times gradually became faster than the leaders. 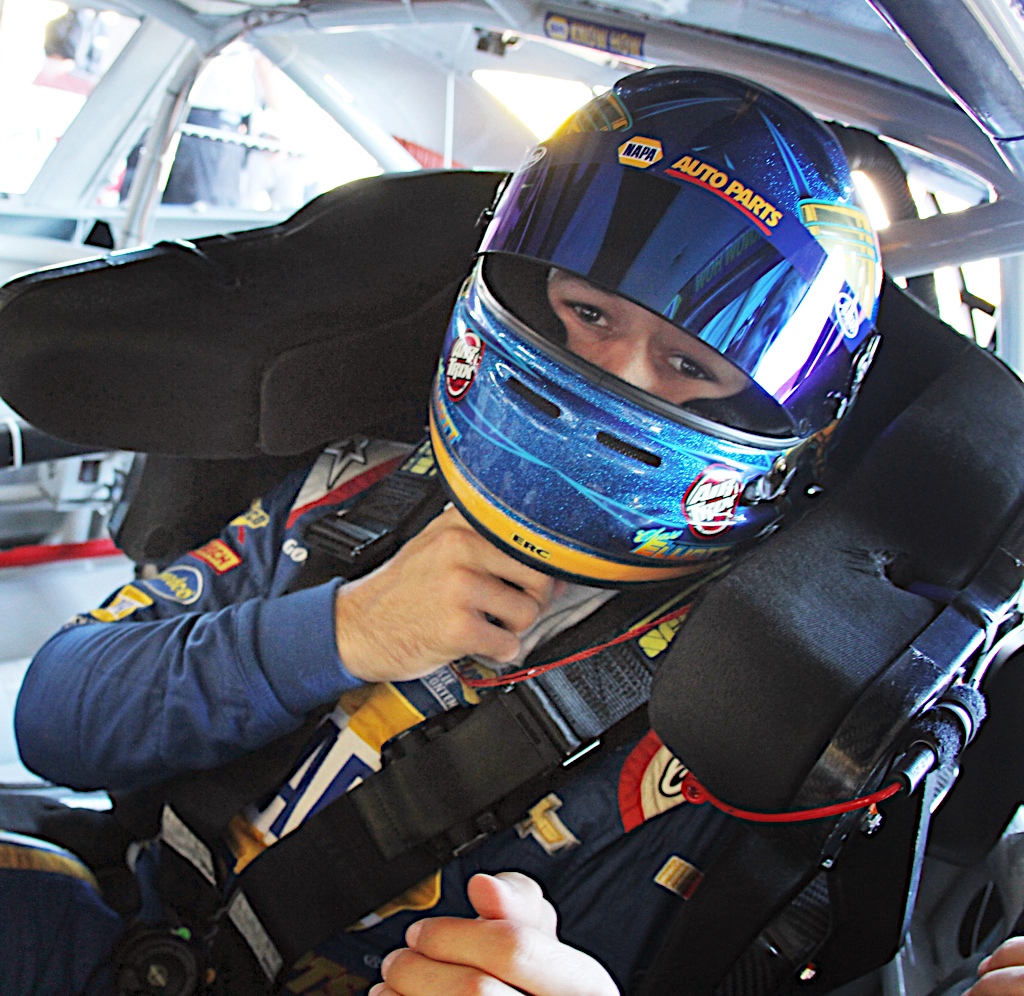 After Elliott found his way back inside the top five, he never left. The final caution came on lap 147 and Ives directed Elliott to pit road for right-side tires, grill tape and a splash of fuel, guaranteeing him through the 200-lap distance. Elliott entered pit road third and restarted third. He’d go on to finish third and increase his points lead by six points with five races to go in the 2014 Nationwide season.

“It was frustrating at times, but I also knew we had a super-fast NAPA AUTO PARTS Chevrolet from the get-go. We kind of managed our time in the beginning and then I made a mistake following those guys way too close. It was completely my fault. I drove into a wreck and we got behind and could never get to the front from that point forward. My team gave me an awesome car today. From the drop of the green, we had speed and I knew we had a car capable of winning. We just couldn’t overcome the early mistake. I was very pleased with the way my team taped up the car and got it to where it was still competitive. We battled as hard as we could. It just wasn’t enough. Now our focus shifts to Kansas next week.” 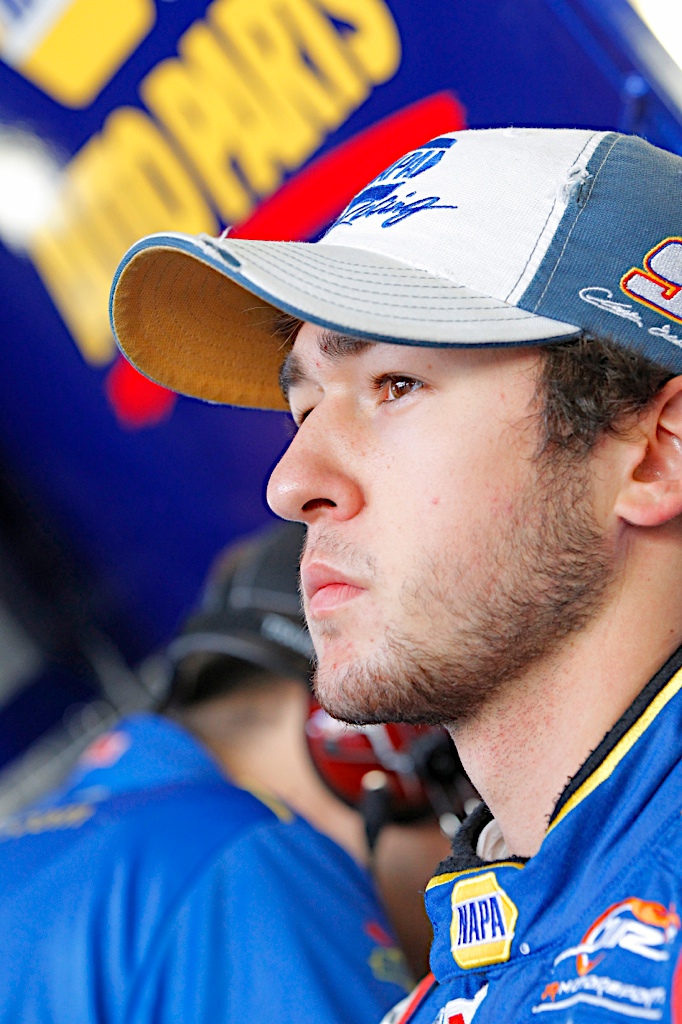