After qualifying No. 8, they knew if they could get past Don Schumacher Racing teammate Jack Beckman in the first round they could meet John Force, the points leader in the NHRA Countdown to the Championship, in the quarterfinals with a chance to knock off the reigning Mello Yello Drag Racing Series Funny Car champ and gain enough points that would allow the NAPA Dodge Charger R/T team to move up from their fifth-place standing. 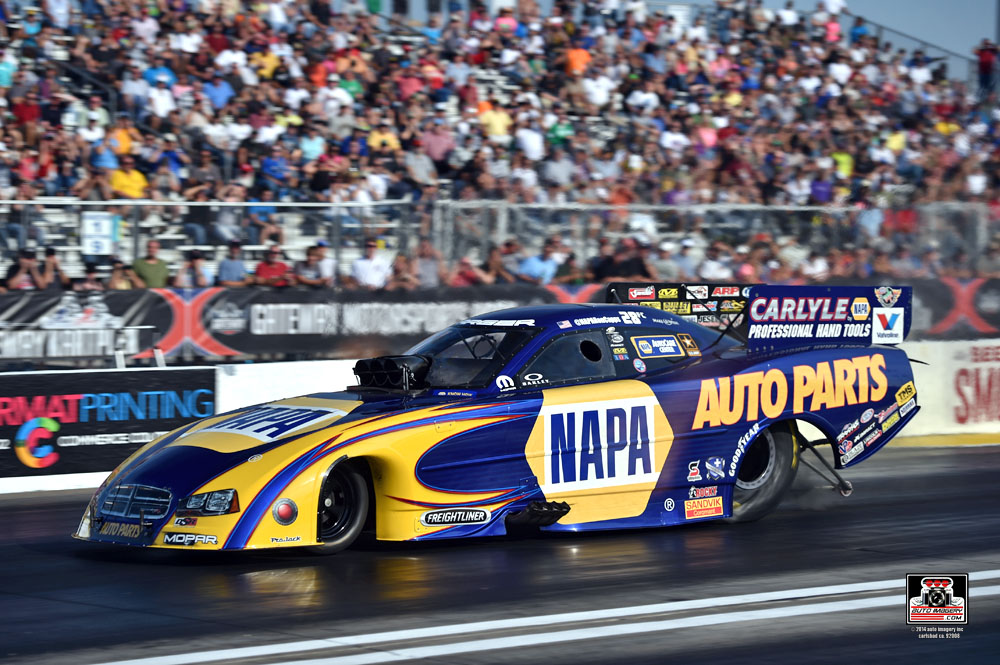 “Saturday night after qualifying we were actually pretty enthusiastic about how the (eliminations) ladder ended up,” Ron said. “We had lane choice against Jack and we wanted to win that one so we could see Force early in the day and get the points leader out so we could gain ground.

“Tobler was trying to increase our speed at halftrack, but he had to tiptoe it after watching a couple cars run ahead of us have trouble.”

Ron didn’t gain ground on Force but took sole position of fifth place in the standings.

“We lost more ground to Force,” he said of falling from 94 to 126 points out of the lead. “You get to the point where you feel like you’re running out of time, but you’re still in it. We’ll have the same mentality going to Maple Grove that we had coming to St. Louis and that is to just win four rounds on Sunday.” 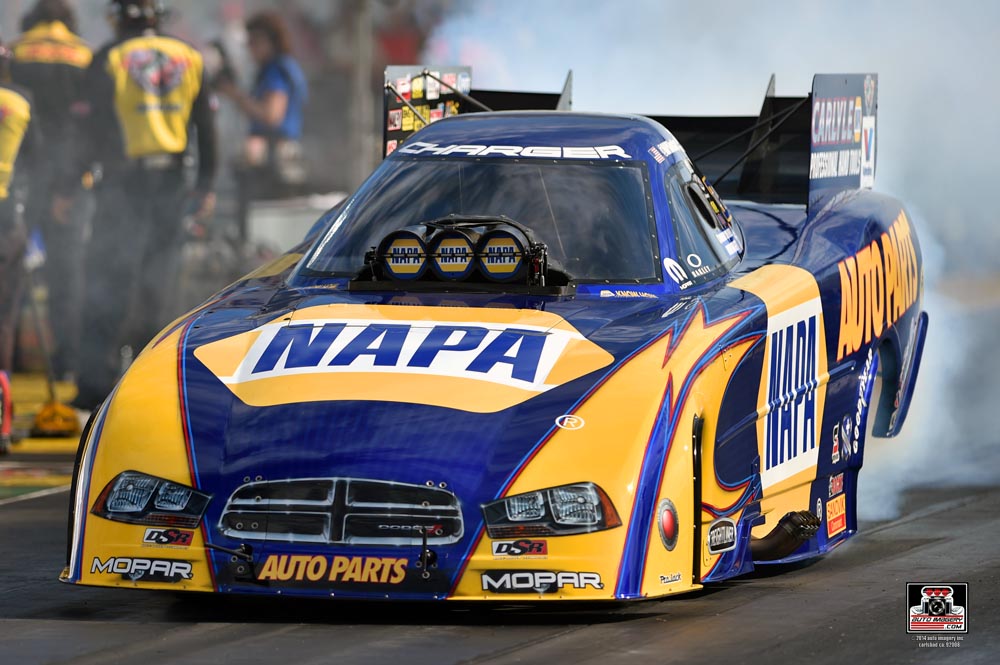 The Mello Yello Series and Countdown to the Championship playoff moves east to Maple Grove Raceway near Reading, Pa., for the 22nd of 24 events beginning Friday to end a run of four events in four weeks. After a three-week break, the Series races Oct. 30-Nov. 1 at Las Vegas Motor Speedway and the finale Nov. 13-16 at Pomona, Calif.