After a rain-out at Airborne Park Speedway, Brad Sweet and the No. 49 NAPA AUTO PARTS team remained consistently strong over the weekend, claiming second- and fourth-place finishes in World of Outlaws series events in New York.

Leaving rain-soaked Pennsylvania, the NAPA AUTO PARTS team headed north towards Plattsburg, NY, home of Airborne Park Speedway, for the Outlaws’ first appearance at the facility. Unfortunately, the weather followed the teams. The show was rained out and no makeup date was released. 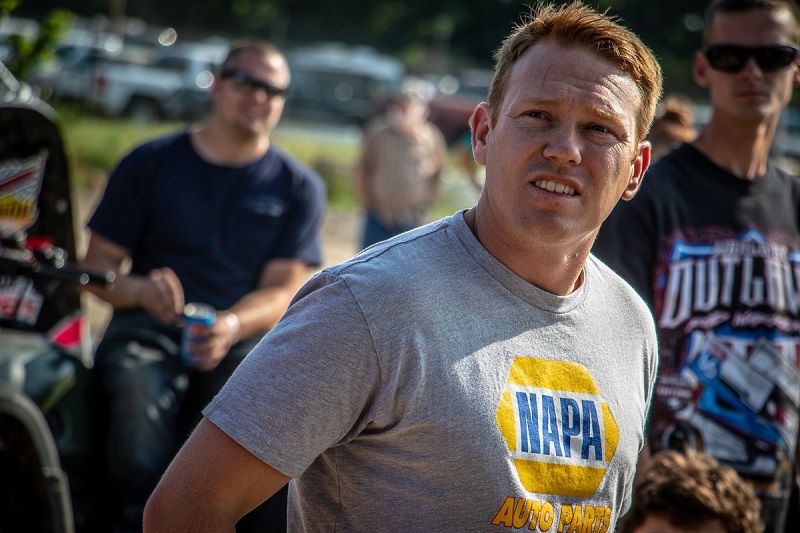 Friday night began with clear skies and a promising night for some World of Outlaws action at Ransomville Speedway, located in Ransomville, NY. With 23 cars signed in for qualifying, Sweet went out and earned quick time overall, lining him up on the pole of the first heat race. The NAPA AUTO PARTS team jumped out to the early lead and did not look back, winning the eight-lap heat race by more than 1.7 seconds.  Sweet then drew a five for the six-lap dash; the No. 49 team started fifth and advanced one spot to finish in the fourth position. 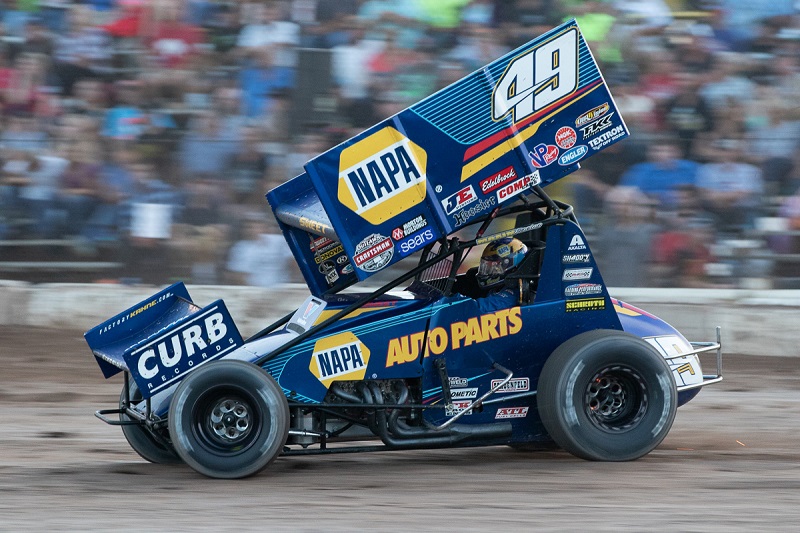 The A Feature was set and the field took the green for 30 laps around Ransomville. Within the first two laps, Sweet charged to second place and tracked down the leader. Sweet got into heavy lapped traffic and made a run at the leader. Sweet passed him several times, only to get passed back before the last lap was complete. Sweet finished in the second spot.

With a rare Saturday off, the team regrouped and maintained the car before heading to Weedsport Speedway in Weedsport, NY, on Sunday afternoon. After being rained out there twice last year, the NAPA AUTO PARTS team was eager to get the night going at a facility where they’ve been fast before. Sweet did not miss a beat; out of the 21 cars signed in, the No. 49 team was second quick overall. This time placed Sweet on the pole in the second, eight-lap heat race. With the early lead, Sweet earned the win and a place in the dash. 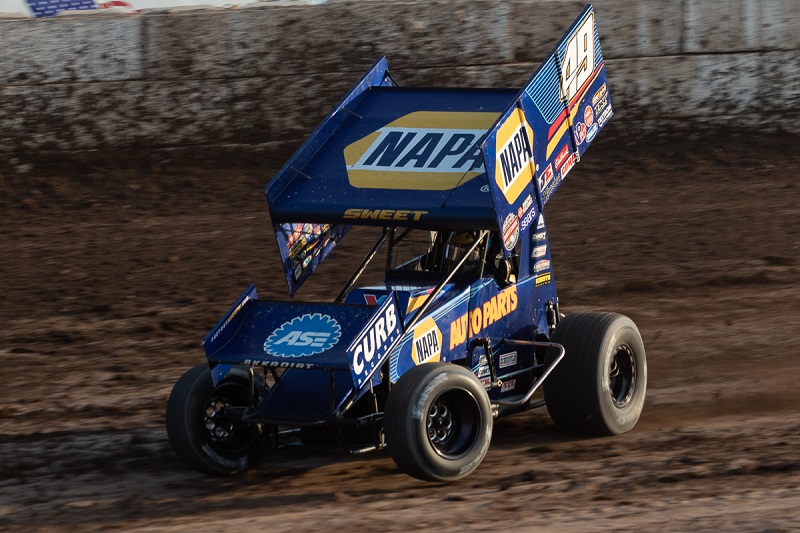 The No. 49 team drew a number three for the six-lap dash. With the team anxious to experiment with a new set up, they decided this was the time to try it. Sweet fell back to the sixth position, setting his starting position there for the night’s feature event. After the NAPA team made further changes to the No. 49 car, the field took the green for 35 laps around Weedsport Speedway. As the race went nonstop, Sweet gained two spots to finish in the fourth position. 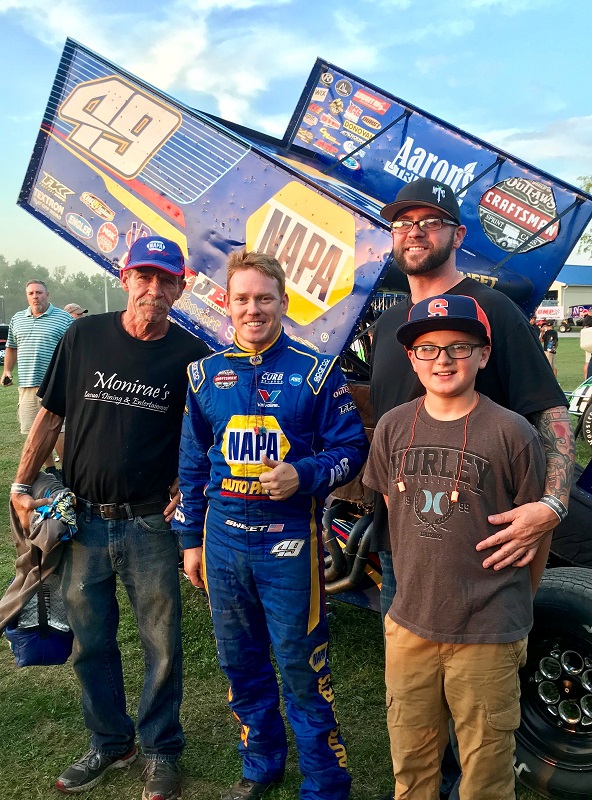 The World of Outlaws Sprint Car Series returns to action next weekend with double Ironman 55 features at I-55 Raceway. Both Friday’s and Saturday’s events at the Pevely, Mo., racetrack will pay $20,000 to win and $1,000 just to take the green.

Next Race: Friday, August 3, I-55 Raceway, Pevely, Mo.
How to Watch or Listen: www.dirtvision.com