When we asked you to show us your messy garages back in July, it wasn’t because we wanted to shame you. Quite the opposite – we believe that a messy garage is one sure sign of a clever, do-it-yourself attitude. After all, you can’t repair or maintain a car, truck or other motorized vehicle without the right parts and tools, and each of those items needs a home. Still, garage organization is important to getting the job done quickly and easily. All that stuff can end up making a mess, so we at NAPA Auto Parts created the Garage Intervention Photo Contest to help some lucky winners sort it out. 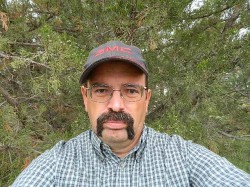 Take grand prize winner Pete Garl of Nebraska, for instance. His garage, shown above, was certainly in need of some attention and, fortunately for him, he snapped a quick photo of it and submitted it to our contest. Garl said that after he pulled his project car out, stuff just started piling up.

“I have a ’57 Willys wagon that I’m restoring,” Garl explained. “I had taken it to the body shop, and I had a lot of stuff stored inside and on top of it for about five years. It all had to get out of the way so I could get the vehicle out. It became a disaster, and hasn’t really changed much since.”

Garl may have been able to live with the mess, but he was getting some pressure to get organized.

“The wife’s been after me for years to get it cleaned up so she can get her car in there,” Garl said.

Garl’s wife won’t be parking outside for long. The grand prize winner has $14,000 worth of tools, accessories and cabinets on the way to help him organize his mess. Of course, he’ll need to do some purging, too. But he’s okay with that. He’s just excited to have won a contest that he entered on a whim.

“I was looking up some parts on NAPA for my daughter’s pickup and it said ‘NAPA Garage Intervention,'” Garl explained. “I said, hmmm, I think I need this badly, very badly! A bunch of that stuff is going to go the wayside. I’ll donate some of it to make some space for these nice tool chests!” 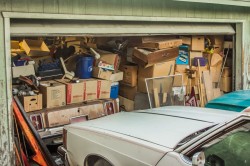 Christopher Walag of Arizona was prompted to enter by his father, who had a bit more certainty than Garl about his chances of winning. 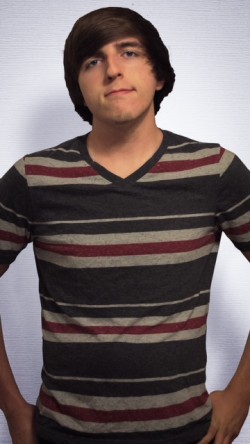 “He just knew,” the younger Walag told the NAPA KNOW HOW Blog. “He heard about the contest and he said, ‘Chris, you’ve gotta enter this. I’m gonna win it.’ I just thought, ‘This is some dumb thing. Who ever wins a contest?’ But… wow!”

His dad was right. The junk piled in and around a non-running Chrysler Cordoba won Walag a grand prize worth $14,000.

“He even did art direction,” Walag explained of his father’s precise instructions. “I got out my DSLR and was going to just take just any old picture. He said, ‘No, stand right here at this angle. Make sure you get the car!'”

NAPA congratulates grand prize winners Pete Garl and Christopher Walag, along with first prize winners James Grubbs, Jonathan Davidson and Nancy Cooper who each take home a NAPA tool set worth $129.99. We look forward to seeing some “after” photos once their garages are cleaned, organized and ready to take on the winners’ next DIY projects. A little garage organization will go a long way toward making those projects a breeze.

NAPA Know How Blog NAPA Pitches In on Garage Organization