When customers visit the NAPA AUTO PARTS store in Sonora, California, in search of a battery, windshield wipers, or some other part, they’ll find great customer service in addition to whatever they’re looking for.

In two recent visits, a customer noted how helpful and thoughtful the store manager, Tim Rowe was. Dennis R. said he originally visited the NAPA store looking for wheel bearings and seals for an old trailer. Finding the correct hub seals was a challenge but by the next day Tim had everything Dennis needed. 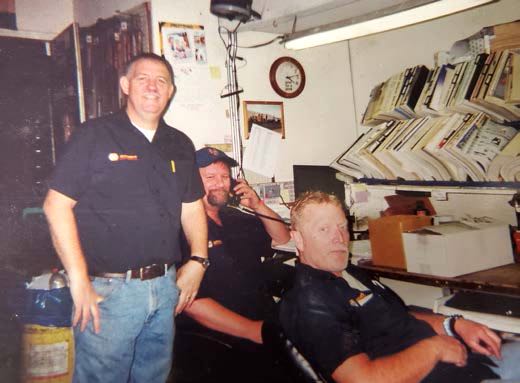 Dennis wrote: “Tim had spent two days on the problem. I felt like I was imposing on his good nature. However, he grabbed all the parts and he took care of it like he said.”+

While Dennis was in the store to pick up his parts Tim was helping an elderly couple with a battery problem. Dennis added, “He even offered to go to their house. He was most kind and patient. I felt humbled by his generosity and uplifted by his genuine care of others.”

Debra Cruz who owns the Sonora NAPA store with her brother Russell Phillips, said Tim made that house call, as promised. “After work, Tim drove to the couple’s house to install the battery just like he said he would. That’s just the kind of man he is; he doesn’t consider it anything special. He’d do anything for anybody.”

Debra said Tim has worked at the store for over 35 years, starting only a few years after her parents Roy and Jean Phillips bought the business in 1980. “Tim would come into the store while he was working construction in the area and my parents got to know him. They took him under their wing, eventually hiring him to work in the store,” she recalled.

“Tim didn’t know much about automotive parts at the time, but being naturally mechanically inclined, he learned quickly. He’s a little like MacGyver,” Debra said. “Tim started out delivering parts, then working on the counter, and has been the store manager for the past 18 years.”

She continued, “My brother and I worked in the store practically our whole lives so we worked alongside Tim from his first day here. Tim is funny and personable. He’s very humble as well, like my dad Roy. He and Russell are close in age and the three of us hung out together all the time. Tim’s kind of like a brother. We’re very thankful to have someone as dedicated and loyal as Tim managing the store.”

Debra and Russell bought the store when their parents retired in 2002. Today, the Sonora NAPA is still very much a family business. Among the 14 employees, six other family members work in the business in addition to Debra and Russell.