The 2020 NHRA Mello Yello Drag Racing Series season got off to a bumpy start for Ron Capps and the NAPA AUTO PARTS Dodge Charger SRT Hellcat Funny Car team, but in true championship fashion, the team persevered and overcame an unfavorable situation, reminding everyone why they’re a force to be reckoned with in NHRA’s Funny Car category. 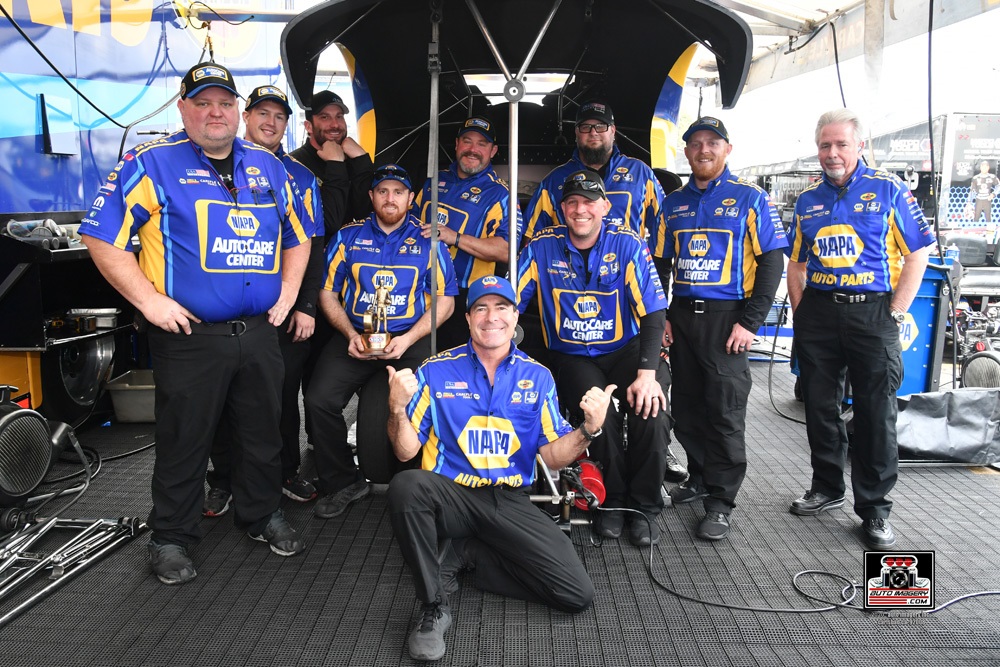 While most teams had the luxury of making several test runs ahead of the season-opening NHRA Winternationals in Pomona, Calif., the NAPA team suffered a hauler fire on their way to the Las Vegas test session, which not only destroyed a truck, trailer, and race car but caused them to miss the test session and the opportunity to collect several runs’ worth of data heading into race one of 24. 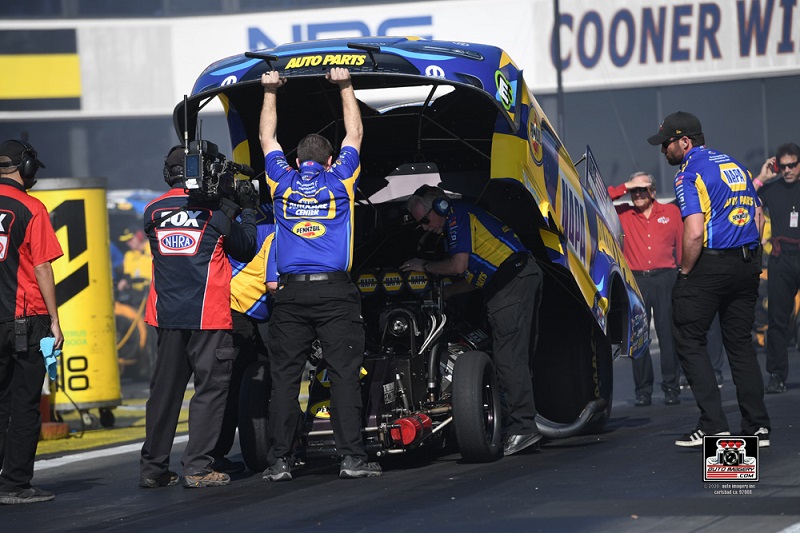 The NAPA team spent the week leading into the Winternationals assessing the damage, rebuilding their cars, and setting up a new race rig. Their hard work paid off when they ran a solid 3.947-second pass on Friday afternoon, and backed it up with a 3.911 E.T. the next day. The 3.911-second run earned them a spot in the top half of the qualifying field. It also caught the eye of NHRA, who presented the NAPA team with their ‘Never Rest’ award for their ability to endure and overcome adversity. 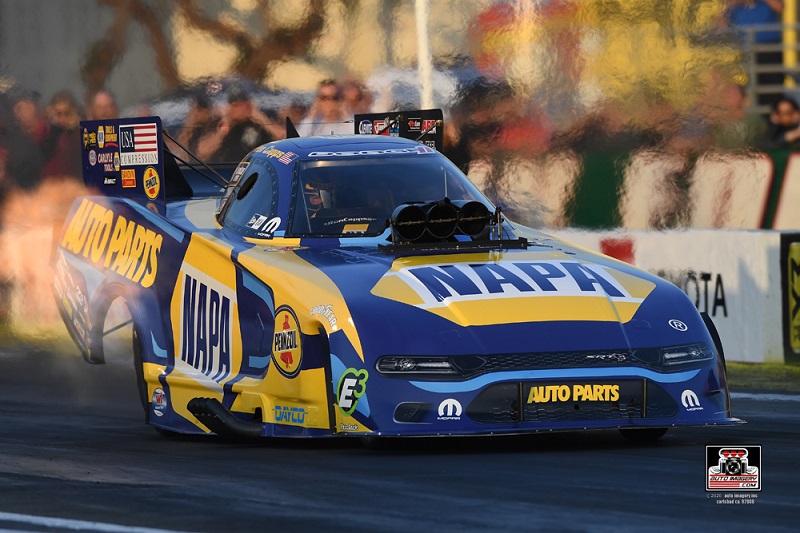 Capps started race day at his home track with a tough first-round matchup against opponent Bob Tasca III. Capps, a seasoned-vet who is embarking on his 26th season behind the wheel of a nitro-burner, had the opportunity to show off his driving prowess when his machine lost traction almost immediately. He was on and off the throttle and did a masterful job of keeping his Hellcat off the wall as he maneuvered the car to the finish line ahead of his competition. The round win set up an intramural battle against teammate Jack Beckman who’d been near-perfect all weekend. Against Beckman, Capps’ machine dropped a cylinder early into the run before giving way to an engine explosion, which forced him to give up on the race. 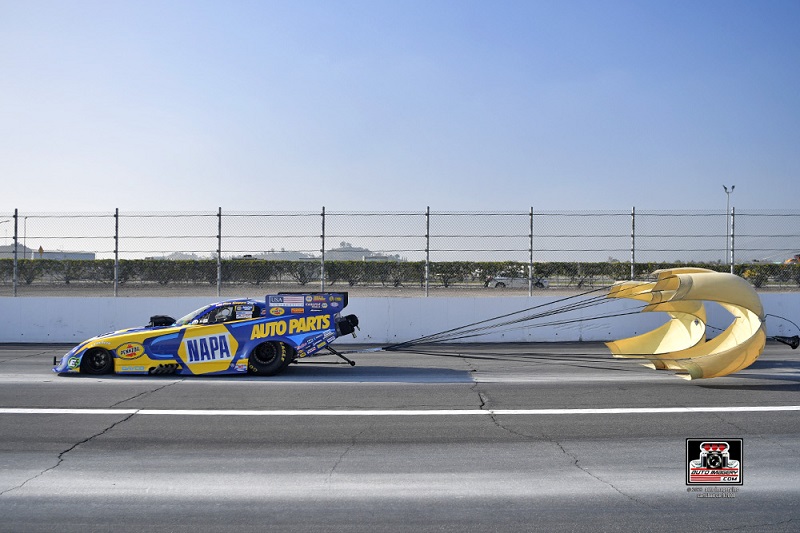 “We’re a little behind everyone else that had the luxury of going to pre-season testing in Vegas,” said Capps, the second-winningest Funny Car pilot in NHRA history. “I brag about the NAPA Know How our team has, and how Tobler is so well-prepared and has our team so well-prepared for situations like this. We would’ve loved to have made some more runs this weekend, but going .94 and a .91 right after that was such good medicine for these guys. Then, fast forward to Sunday, and we beat Tasca, who’s been running really well; that was a big win. 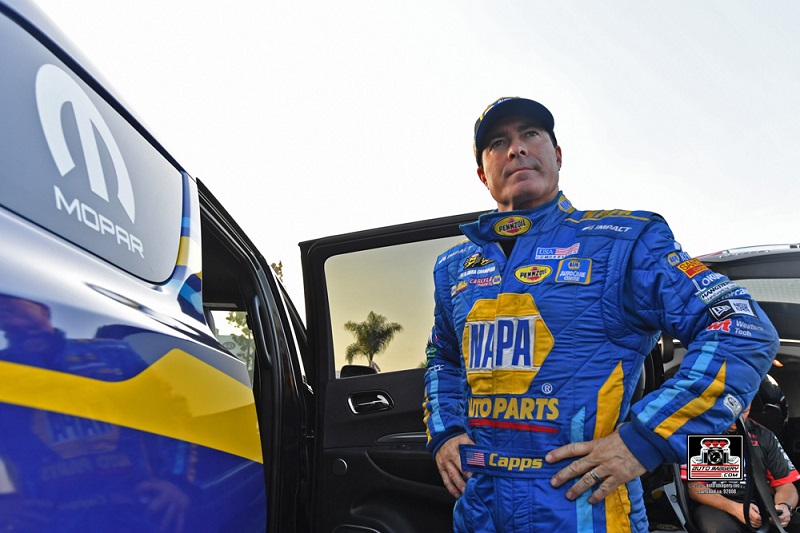 “We wanted to end our ‘Cinderella weekend’ with a trophy, but getting the ‘Never Rest’ award from NHRA was cool,” added the 2016 Funny Car world champion. “To go out there, qualify top-half, get lane choice, win first round; we checked all of the boxes except winning the race. That’s pretty good considering these guys have spent a week tearing this thing apart and building a new setup.” 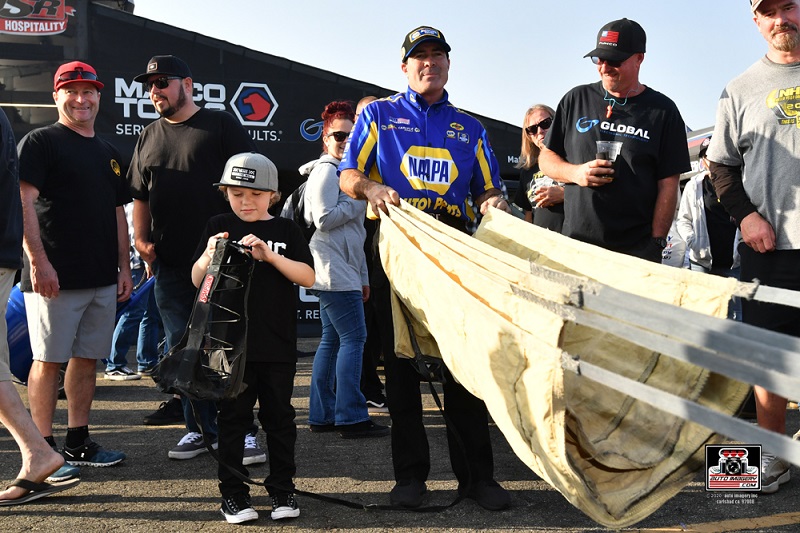 The NHRA has a week off before competition resumes in Chandler, Ariz., for the NHRA Arizona Nationals, February 21 – 23. The NAPA AUTO PARTS Funny Car team will take the week break to regroup before they continue their quest for their first Wally trophy of the season.