Ron Capps, the world championship driver of the NAPA AUTO PARTS Dodge Charger R/T Funny Car,  took another big step toward a career first Monday when he advanced to his first final round of the prestigious NHRA U.S. Nationals near Indianapolis.

The No. 1 seed heading into the six-race Countdown to the Championship that begins in two weeks near Charlotte, Capps came with 26-thousandths of a second from winning the title for the first time in 21 years in the year’s biggest race. 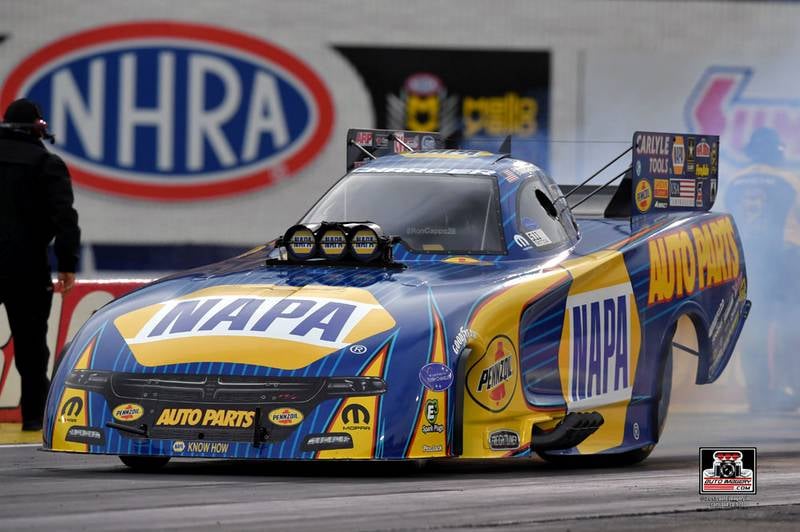 “This race is such a big deal,” Capps said. “Leaving here as the regular season point leaders going into the Mello Yello Countdown to the Championship in Charlotte is the silver lining on a cloud.

“We’re just a little disappointed. We had a shot at winning Indy and it only comes once a year. You get so involved in this whole week and weekend of this historic race, over 60 years of coming here, you get up that far and to lose a close race like we did hurts a little more than most races.” 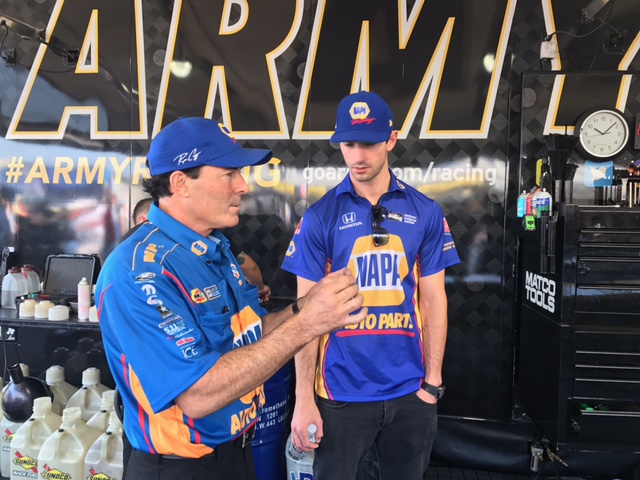 Next Race: Sept. 13-15, Charlotte
How to Watch or Listen: Fox Sports 1; NHRA All Access