After qualifying in the top half of the field for the AAA Texas NHRA FallNationals, Ron Capps faced John Force in a Countdown-critical first-round matchup. Capps had the initial lead, but Force was able to pull ahead near halftrack and take the win. The early exit caused Capps to drop one position in the NHRA Countdown to the Championship Funny Car standings. 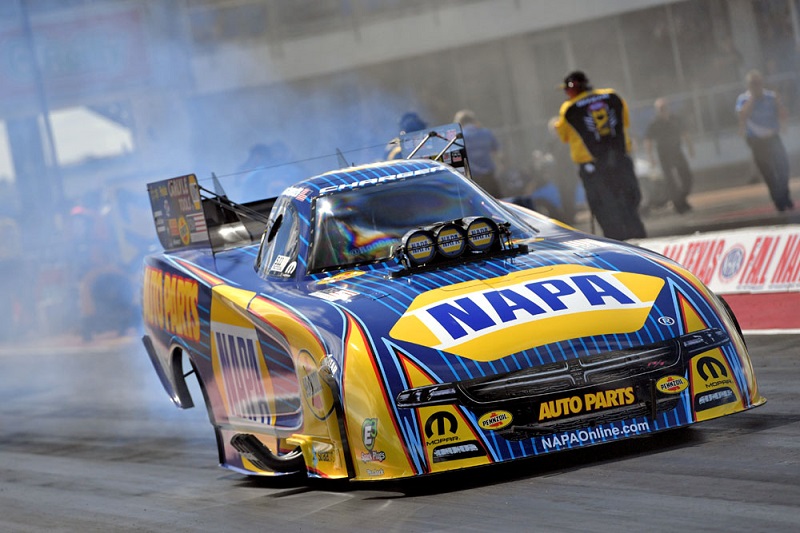 Among a stacked, 18-car Funny Car entry list, Capps qualified in the in the seventh position for the AAA Texas NHRA FallNationals by posting his best run of the weekend, a 3.986 E.T. at 317.12-mph, in the final qualifying session.

Capps faced John Force in a marquee first-round matchup rife with Countdown implications. It was the 97th time the two winningest Funny Car drivers in the sports’ history had met in competition. Capps launched his NAPA AUTO PARTS Dodge Charger R/T off of the starting line first and led until the 600-foot mark before Force pulled ahead and was able to drive away for the win, ending Capps’ day. 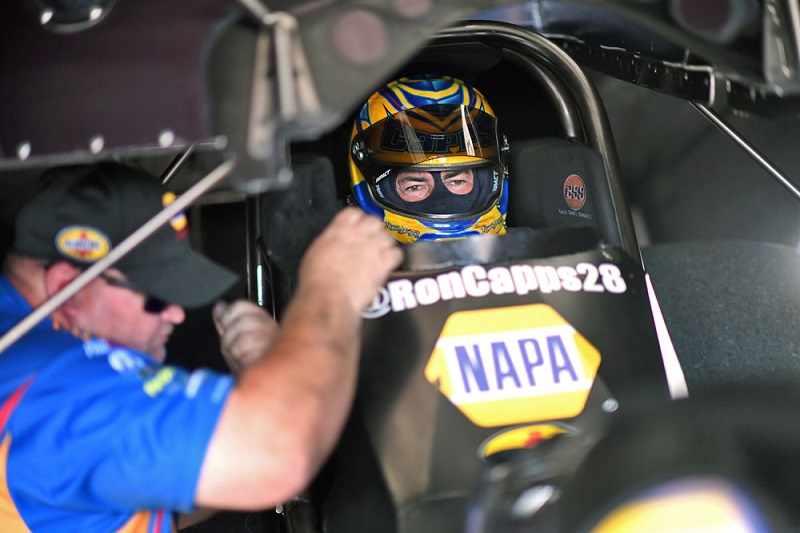 “It was a strange weekend of qualifying here at Dallas for a lot of cars,” said Capps who finished as the Texas Motorplex runner-up the past two years. “It was luck of the draw for race day and when you have a team like John Force first round, it’s going to be tough. It was a close race. I didn’t see him until right at the end.”

While the first-round loss caused Capps to fall from fifth to sixth in the NHRA Countdown to the Championship standings, the points are still relatively close among the Top 10 ranked Funny Car pilots as the NHRA heads to the fourth event of the six-race playoff schedule. 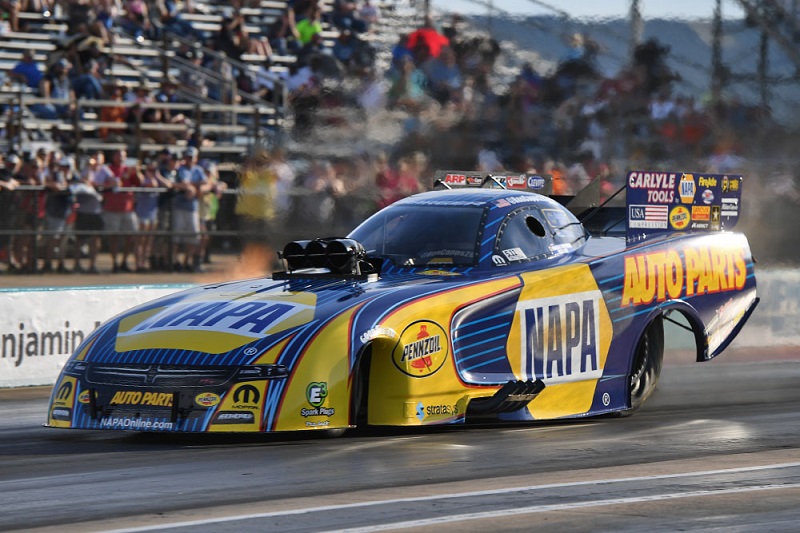 “Our mentality was to come in here and win the last four races and with points-and-a-half at Pomona, we now have to win the last three races. With the race car we have and the team we have, it’s very possible. It can be done. Once again, the NAPA guys game me a great car and we lost a close race. It hurts right now and we’re going to shake it off and go to zMax.”

Next Race: October 12 – 14, Concord, N.C., NHRA Carolina Nationals at zMAX Dragway
How to Watch or Listen: FS1; NHRA All Access