Ron Capps and the Pennzoil Synthetics/NAPA AUTO PARTS Funny Car team started race day at the NHRA Toyota Nationals from the bottom half of the field, setting up a first-round match-up versus John Force. Capps was able to upset his higher qualified opponent and faced Bob Tasca III in the quarterfinals. Unfortunately for the NAPA team, Tasca’s slightly quicker machine crossed the finish line first and ended Capps’ day early. While the points battle is tightening, Capps is still mathematically in the championship hunt heading into the final race of the year.

Capps and his team struggled to get their footing during qualifying at the NHRA Toyota Nationals and had to wait until Q4 before putting together a sub-four second run, placing them in the uncharacteristically low No. 12 spot. 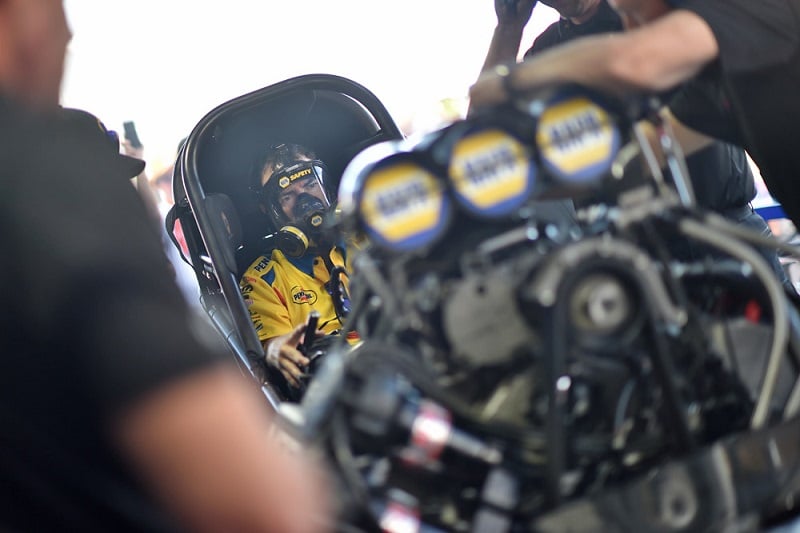 Capps began race day at The Strip at Las Vegas Motor Speedway with a first-round matchup against John Force in the 98th meeting between the two most successful Funny Car racers of all time. Capps, a five-time Las Vegas champion, was able to overcome a slight starting line deficit to outgun Force with a 3.954-second pass versus Force’s slower 3.972 E.T.

In round two, Capps faced Countdown spoiler Bob Tasca III. Both drivers had identical reaction times (0.066-seconds), but Tasca was able to gain a slight lead early into the run. Capps kept pace but was unable to chase down his opponent. 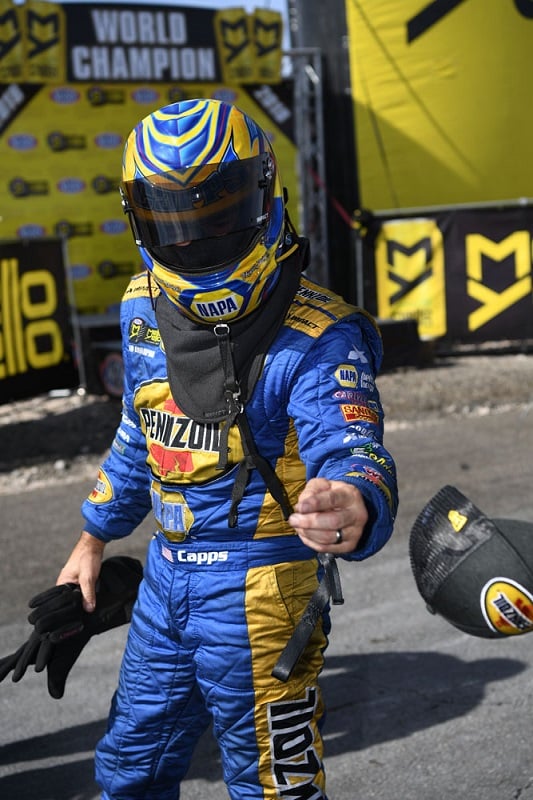 “This weekend at Vegas, coming off of the win at Charlotte, we didn’t qualify where we wanted to, and it’s what makes this sport so heartbreaking and rewarding,” said Capps. “It’s a constant fight. (Crew chief Rahn) Tobler found the issue between Q3 and Q4, and we did exactly what we needed to do to make a good run Q4.

“Typical Tobler, we went up there in the left lane without lane choice and beat John Force in the first round today. And that set up a match with our old assistant crew chief Eric (Lane) and Tasca’s car. We have a lot of respect for that team, and they just outran us. We made a big adjustment and got after it, but just lost a close race. I didn’t see him until the finish line.” 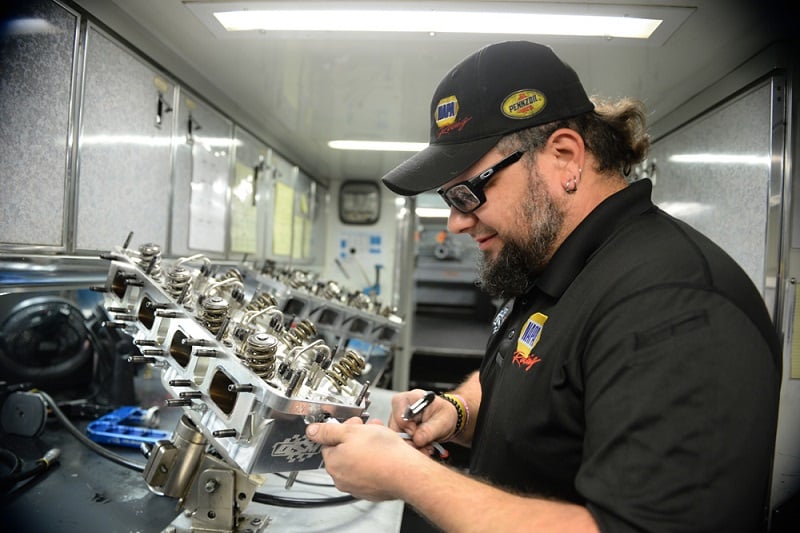 The 2016 NHRA Funny Car world champion leaves Las Vegas 165 points behind the current points leader, J.R. Todd. While his chances are slim, with 191 points up for grabs at the season finale in Pomona, California, Capps is still mathematically in the 2018 title hunt.