What was supposed to be a two-day show weekend at Port Royal Speedway turned into a one-day afternoon show on Sunday. Mother Nature rained out both Friday and Saturday events, but with the grandstands sold out and Central Pennsylvania fans eager to catch the World of Outlaws Series one last time before the season concludes in Charlotte, officials decided to run an afternoon show Sunday.

With a staggering 51 cars signed in to the half-mile track, Sweet went out in the second group and finished in the ninth spot. 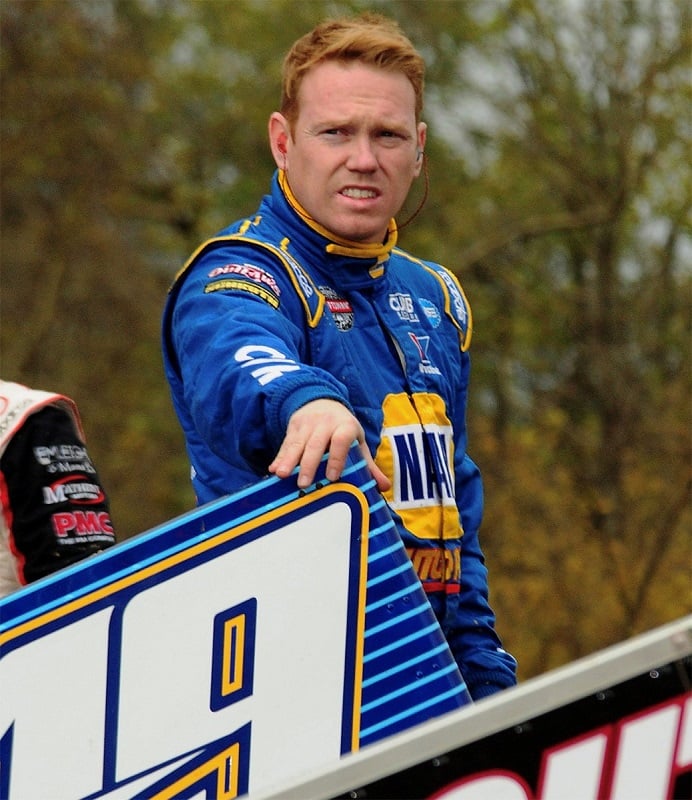 The format was a bit different for the event, and Sweet lined up on the outside front row of heat six. With eight laps to stay in the top three to transfer, Sweet held the second spot until lap three, when he did a slide job on the leader and took command. Sweet went on to win heat six and started second for the 50-lap feature event.

The green flag waved and the No. 49 car jumped out to the early lead, only to be plagued with multiple cautions and a red flag. At lap 21, a scheduled open red fell, allowing the team to make any changes for the remaining laps. Unfortunately for the NAPA AUTO PARTS team, the changes were not the key to winning the $51,000 purse. Sweet battled an ill-handling car and finished in the fourth spot. 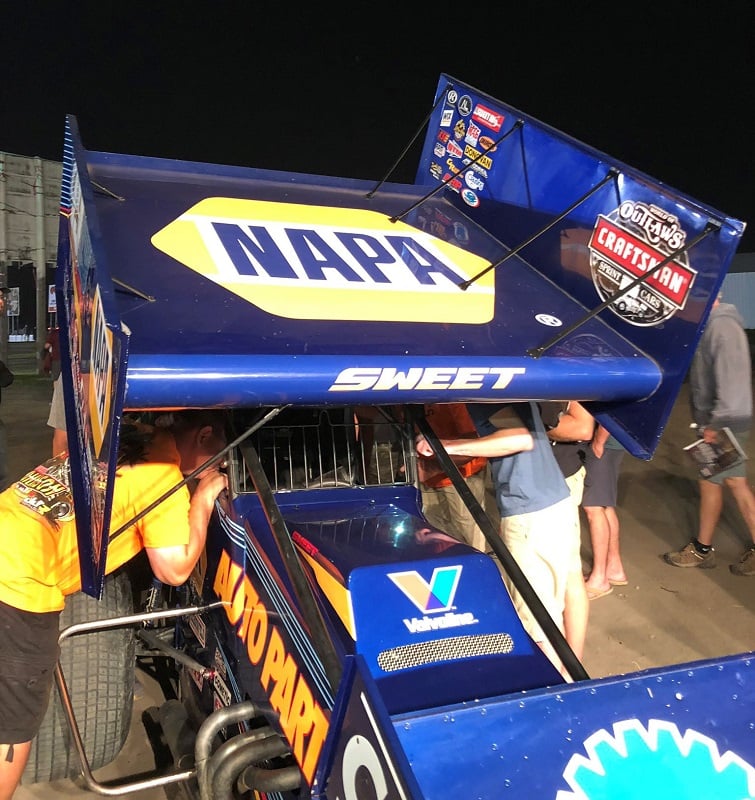 The World of Outlaws Sprint Car Series finishes off its 40th Anniversary Season with the World Finals presented by Can-Am at The Dirt Track at Charlotte next Thursday, Friday and Saturday, November 1st-3rd.

Next Race: World Finals, Thursday, November 1, The Dirt Track at Charlotte Motor Speedway
How to Watch or Listen: www.dirtvision.com