Ron Capps and the Pennzoil Synthetics/NAPA AUTO PARTS Funny Car team were looking for a breakout performance at The Strip at Las Vegas Motor Speedway that would put them solidly back into the championship hunt heading into the final race of the 2019 season. Their No. 11 qualifying position yielded a tough first-round draw, which NHRA billed as their ‘marquee matchup.’ Capps and his opponent Bob Tasca III made great side-by-side runs, but his competitor’s slight starting line advantage allowed Tasca to nab the win. 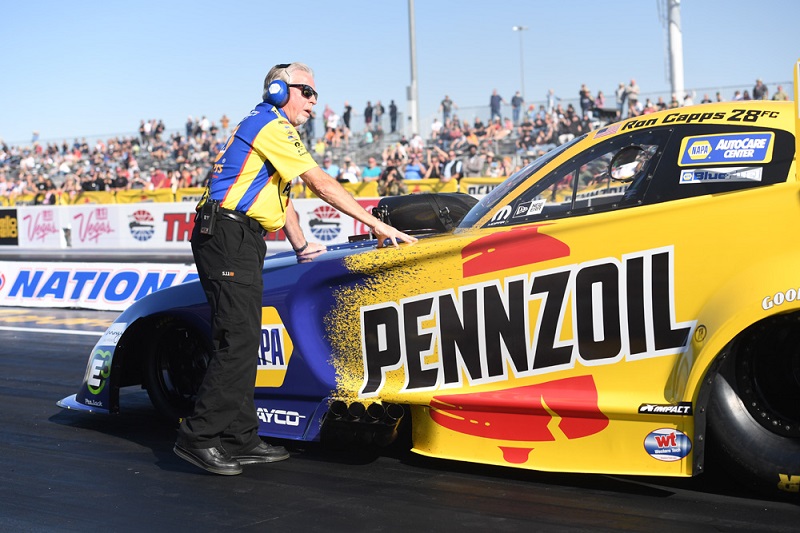 With less than 20 points separating Capps and Tasca, the winner of NHRA’s Funny Car ‘marquee matchup’ would claim the No. 5 ranking in the point standings with a chance to continue their pursuit to the top of the board. 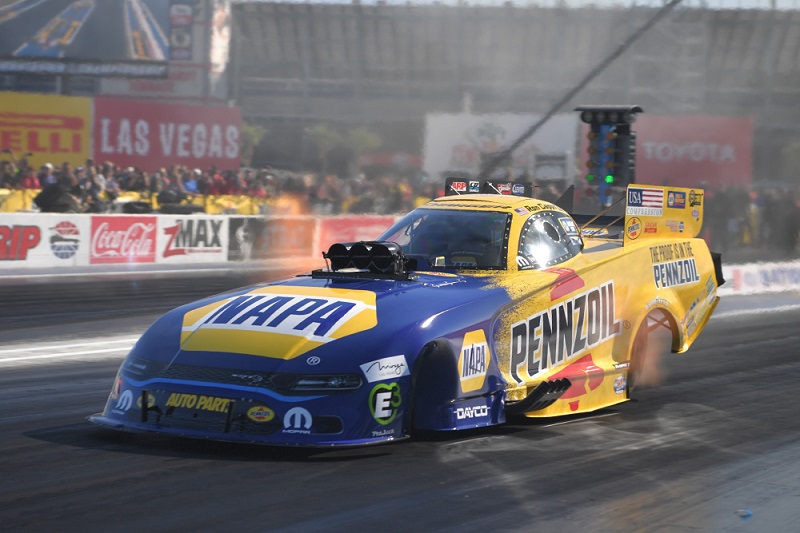 It was a nail-biter of a race between Capps and Tasca, with both cars glued together from start to finish. Both drivers powered their 11,000 horsepower machines to identical 3.911-second elapsed times, but Tasca’s slight starting line advantage allowed him to edge past Capps for the win.

“It’s heartbreaking. We’ve been searching for our race car in Dallas and here in Vegas,” said Capps after round one. “I can’t say enough about [crew chief] Rahn Tobler and our NAPA AutoCare guys, they keep on plugging. 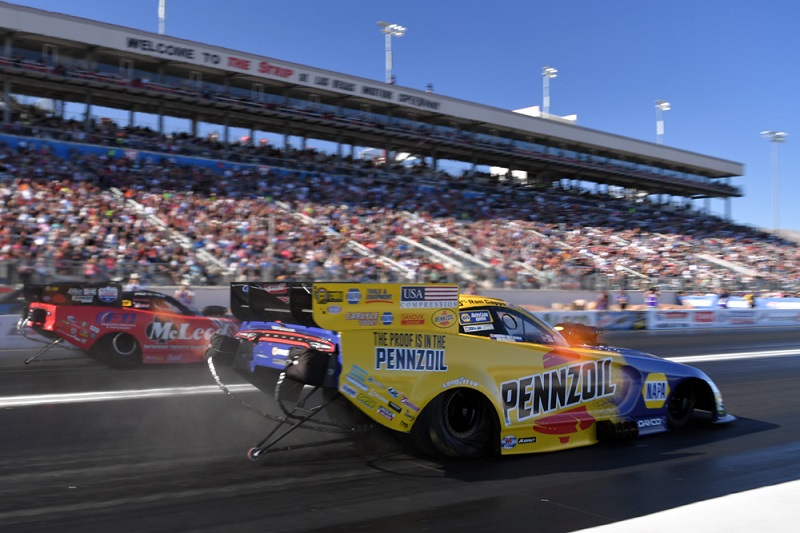 “We had a great scenario in Dallas by facing someone in front of us in points, and couldn’t take advantage of it. We were okay in qualifying here in Vegas, but Tobler was still trying to find what was giving him fits in the clutch department. Tobler and all of the guys worked late into the night last night, and they found the issue. We had a great race car in round one, and I’m really proud of my guys. A lot of hard work and NAPA Know How went into getting our race car back. Moments like that are when you have to be at your best, and unfortunately, I left the starting line second. I didn’t have a bad light, but he had a great light, and those are the moments that really hurt as a driver. We’ll pack it up and go to Pomona.” 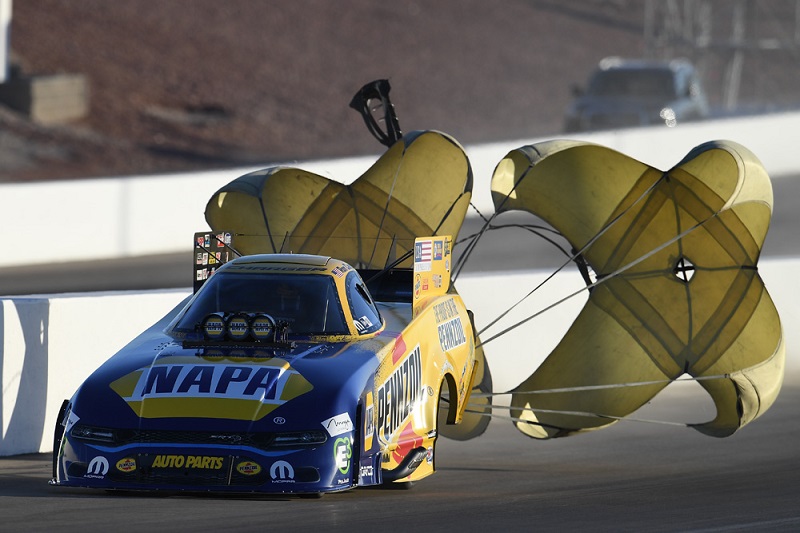 NHRA competition resumes November 15-17 for the 2019 season-finale at the Auto Club NHRA Finals in Pomona, Calif.