The next NHRA Mello Yello Drag Racing Series event is scheduled for May 15-17 at Atlanta Dragway. In the meantime, we caught up with Ron, back home in California, to get his take on the strong start for the NAPA team.

NAPA Know How Blog: Thanks for taking a few minutes to speak with me today, Ron.

NKHB: Congratulations on another win.

RC: Thanks. It was cool – good timing, especially with our next race coming up in Atlanta. That’s kind of a bonus.

NKHB: After the win at Gatornationals in Gainesville and SpringNationals near Houston, you’re leading in points. It’s early in the season, but it must be easier to stay up front than come back from behind.

RC: Early in the season, we never put too much into [an early points lead], because the ultimate goal is always to win a championship. But you don’t want to fall too far behind, either. And certainly with NAPA Expo in Las Vegas coming up, the timing couldn’t be better. We get to take that trophy to Las Vegas and, of course, to the race coming up in a few weeks near Atlanta, where NAPA has its headquarters.

And hearing from the NAPA guys – a few of them right after I did the Winner’s Circle interview on TV and before celebrating with my crew – to know that they were watching, those are the kind of phone calls that you dream about.

That’s especially true after a tough weekend like we had in Houston. The conditions were tough: hot, humid and demanding. But, going back from each run and having everyone in the grandstand give you a standing ovation was pretty neat.

We had a lot of NAPA people from Texas and Louisiana. Each round we won, we’d come back to the pit area and get lots of thumbs up from the NAPA VIP tent next to the pit area. A lot of them had been to a race before, and some were new. It made everyone stand up a little taller when they knew their race car had just won. 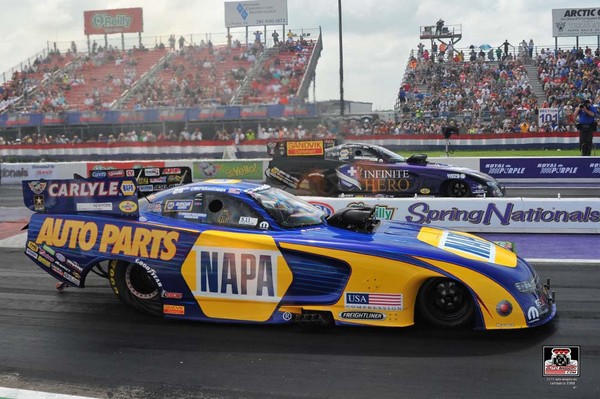 NKHB: You’ve got to be quick to win, but there’s more to a Funny Car team than just a driver.

RC: With the exception of one or two guys, it’s been the same crew for me for the last four years. When you have that sort of reliability – the same crew chief, the same crew guys – it’s developed into a family for me.

Before each season, you get together and make a game-plan of how to get better from the previous year. It’s so nice to show up at the very first test session in January and have the same guys working on the car.

In fact, going into Houston, we had a brand new, in-house DSR chassis built. You’ve got these guys putting together this race car: nuts and bolts, chromoly tubing, fiberglass. They take this thing and build it from the ground up. I jump in it, and the first full run I went over 310 miles per hour. So it’s trust. To me, our guys exemplify NAPA Know How, because they put together that car and I didn’t blink an eye about going down a track at 310 mph. A lot of drivers would do check-out runs to half-track, or safety runs. I didn’t have to. I knew we’d have a car that would run right down the track. Then to come away with a win, it was great. 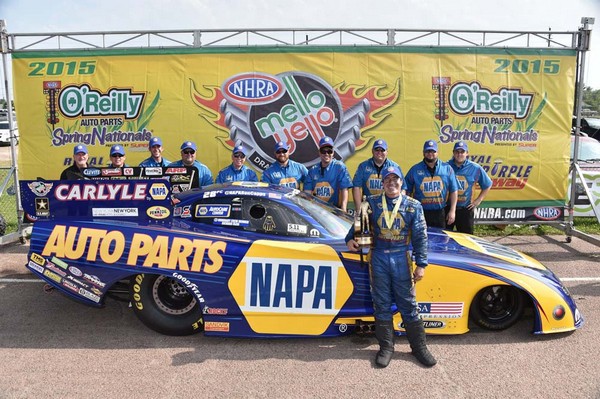 NKHB: Last year, you and Wally, the NHRA trophy, had some fun on social media. Has he grown up this year, or can we expect more antics?

RC: I’m not sure what we’re doing… yet. But we’ve got some surprises.

The Brainerd one from last year took on a kind of snowball effect. We’ve won that race three years in a row. It’s crazy how good we do up there. So I said, let’s send this thing around like the Stanley Cup and let people enjoy it up in Minnesota. So it started out going to all the stores, then ventured out of state. Next thing you know, it’s got its own Facebook page. Ultimately, I made a deal with the people that own the racetrack at Brainerd for it to have a permanent resting place in the zoo, which is what we call the campground there.

I don’t think he’s made it to Brainerd yet. He’s still bouncing around the stores. I get all these pictures sent to me from people in different stores, customers going into stores and taking pictures with Wally, taking it on little trips. One person on the Facebook page took it ice fishing. There’s a picture of Wally out on the ice with a fishing pole. It turned into something pretty cool, and I’m glad everyone got to enjoy it.

NKHB: We definitely look forward to seeing what’s in store for Wally this season. Thanks again, Ron. We’ll see you in Atlanta. 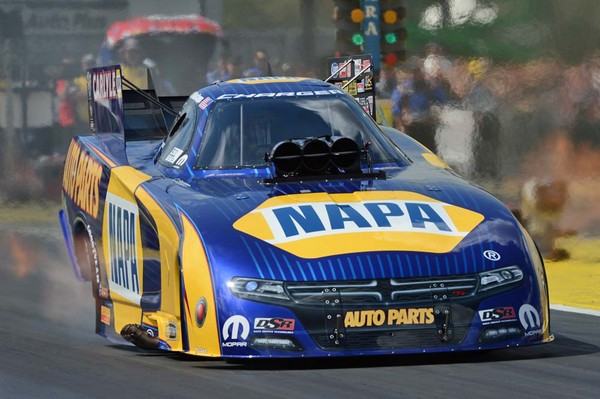