Some say it’s the adventurer in us, while others suggest that it’s a subconscious obsession with freedom that fuels us to explore. Whether it’s a road trip, Sunday cruise or just the thrill of driving itself, traversing America’s roads is at the heart of what makes us who we are. For the savvy travel route planner, here is a list of the best roads in the United States.

If the American flag were a road, it would be the 2,448-mile stretch from Illinois to California known as Route 66. Starting in the Midwest, it crosses the Mississippi River then turns south to Texas before heading west across the desert and finally arriving in Santa Monica, California. Epic views of nearly two-thirds of the country, a slew of roadside tourist trap attractions and everything in between make Route 66 a must. 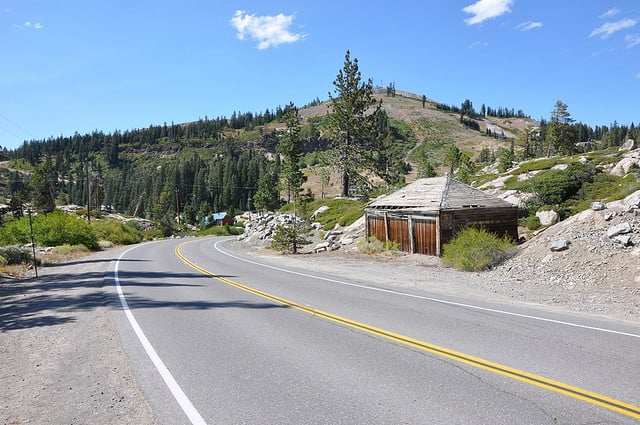 Less known than Route 66 is the Lincoln Highway. Conceived by the founder of Indianapolis Motor Speedway, Carl Graham Fisher, and funded by a group of American automakers, America’s first transcontinental highway begins in Times Square in New York City and ends in Lincoln Park in San Francisco. Crossing 14 states at a length of 3,389 miles makes it the longest route in America. If you can’t make the full 3,389 miles, you can always take a virtual tour on the Lincoln Highway Association’s virtual map.

Arguably the most scenic road in the United States, the Pacific Coast Highway features incredible cliff-side views of the coastline, hairpin turns, sea otters in Monterey Bay and the majestic Redwood Forest of Big Sur. A mere section of California State Route 1, the 123 miles known as the PCH are famous for their incredible views and thrilling layout, making it the ultimate Sunday drive. 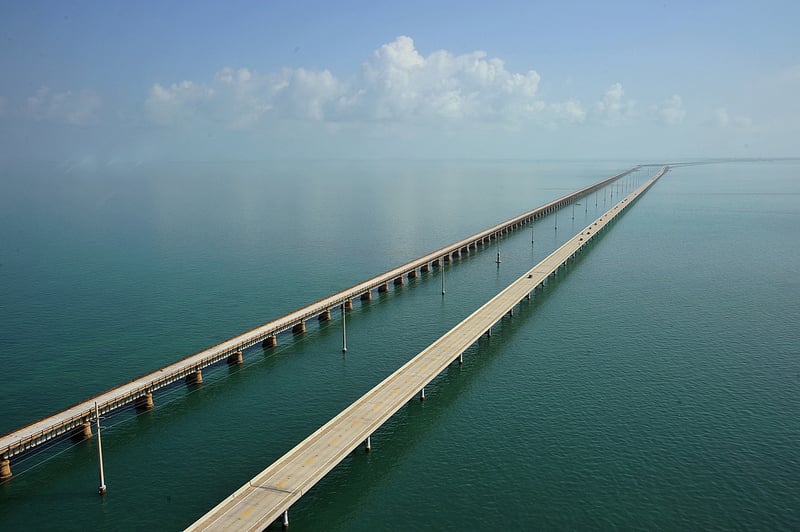 This 113-mile stretch of road is composed of a series of roads and bridges over the Gulf of Mexico that run from mainland Key Largo to Key West. As you travel to the southernmost point in the United States, you’ll enjoy views of bright blue waters and the Seven-Mile Bridge — an engineering marvel and the most well-known section of the road.

When you consider the deserts of the West, the views from the Patchwork Parkway are among the most spectacular you’ll see. There are pioneer and Native American sites as well as Cedar Breaks National Monument, where the road reaches an elevation of 10,567 feet and offers views of the Utah desert in all of its red and orange brilliance.

Just south of Austin, Texas is a road built for the thrill seeker. Texas Tollway 130 is by all standards an average highway, crossing fields and cattle pastures — save for one incredible detail: its 85 mph speed limit. With long, smooth straightaways and banked turns, Tollway 130 is the fastest public road in America.

No road trip could be complete without a drive up Vermont’s Route 100 for some of New England’s finest fall foliage. Route 100 starts in Massachusetts and travels up western VT to the Canadian border, featuring stops at ski resorts and some of the East Coast’s best small breweries.

America’s roads have a little of everything. Whether you’re a travel route planner looking for spectacular views, chasing outdoor sights or seeking thrills, the roads of this nation are what dreams are made of.

Check out all the maintenance parts available on NAPA Online or trust one of our 17,000 NAPA AutoCare locations for routine maintenance and repairs. For more information on what you need for a travel route planner, chat with a knowledgeable expert at your local NAPA AUTO PARTS store.