Behind the wheel of the NAPA AUTO PARTS Dodge, Ron Capps earned the No. 5 qualifying position on the strength of his 3.877-second Q4 E.T. After capturing his 30th round win of the season in the opening session of eliminations, Capps’ day ended after the quarterfinals when his machine lost traction. The 2016 Funny Car world champion heads into the third race of the six-event Countdown to the Championship ranked fourth in the standings. 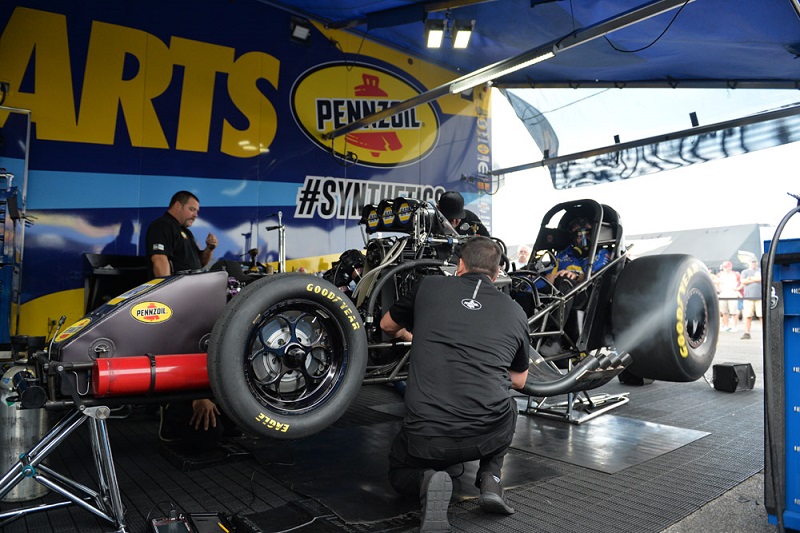 Capps raced to victory for the first time in his Funny Car career while competing at World Wide Technology Raceway in suburban St. Louis in 1997. Since that time, the driver of the NAPA AUTO PARTS Dodge Hellcat has gone on to win the 2016 Funny Car world championship and three more St. Louis Wally trophies among his total of 64 wins. 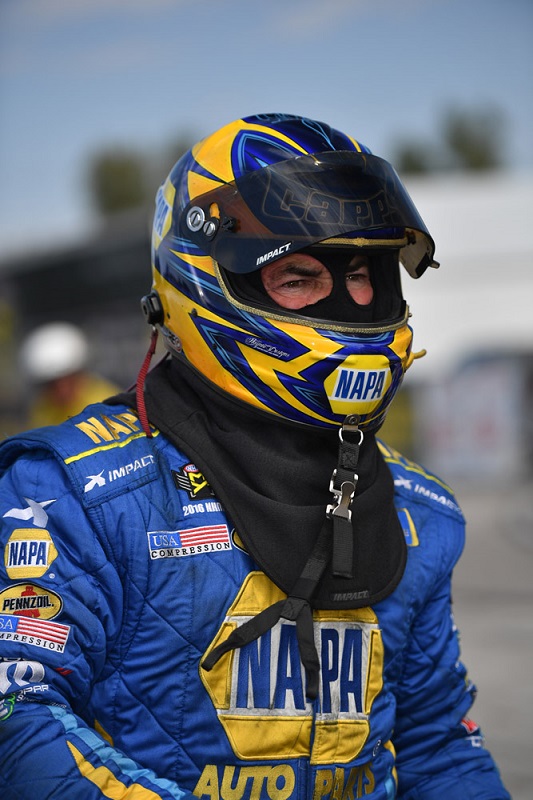 After earning a qualifying position in the top half of the field, Capps looked prime for a long day of going rounds on Sunday at the AAA Insurance NHRA Midwest Nationals. He drew No. 12 qualifier Blake Alexander in round one, and the two were neck-and-neck until just before the finish line when Capps pulled ahead to take the win with his 3.966-second pass versus Alexander’s 3.997-second losing effort. The victory marked Capps’ 30th round win of the season and set up a quarterfinal battle with fellow Countdown contender and former world champion, Robert Hight. In the quarterfinals, the pair of veteran drivers were nearly even until just before half-track when Capps hazed the tires, and Hight was able to drive away with the win. 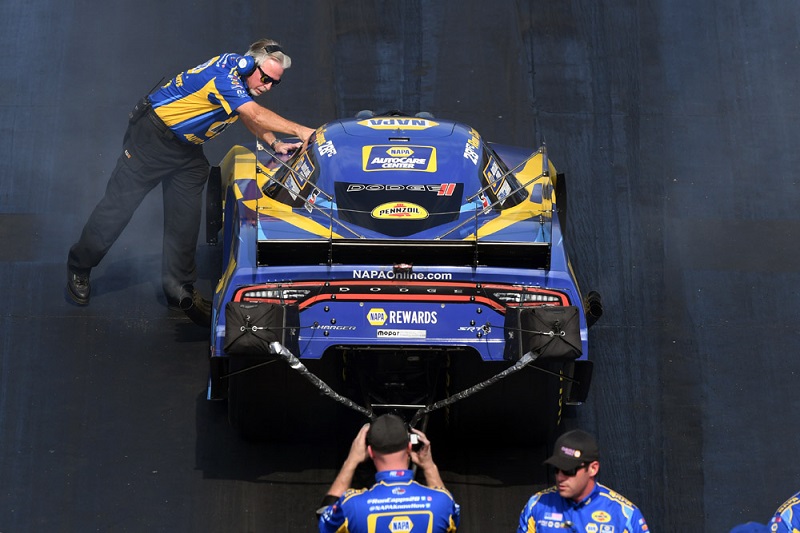 “We really had to earn our qualifying position this weekend,” said Capps of the team’s early struggles to get their footing following their near-flawless performance at the previous event in Reading, Pa. “We had a few issues early on, but this NAPA AutoCare team was able to bounce back and qualify fifth. The interesting thing about this race was how many big-time Countdown match-ups there were early in the day. It’s going to be like that from here on out; this is playoff racing right now, and everyone is on high alert. You can feel the energy in the staging lanes. It’s everything you’ve worked at all year long. 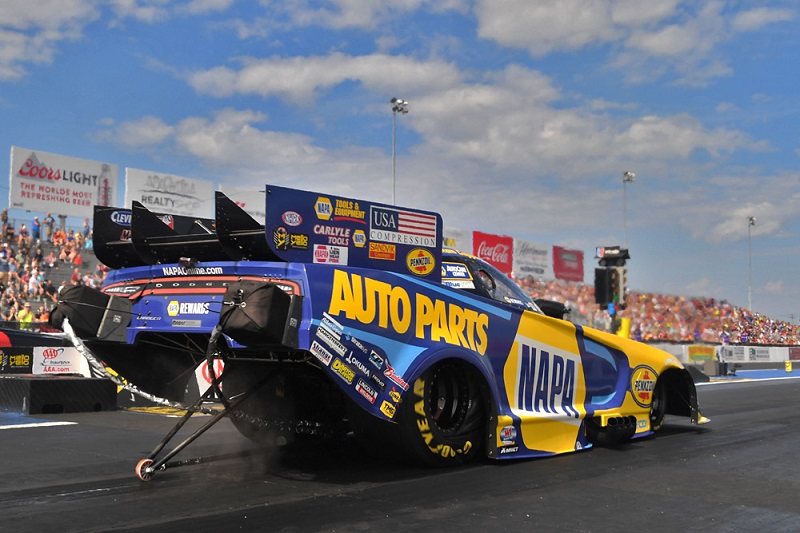 “We went out and ran great against Blake Alexander in the first round, and then faced Robert Hight and (crew chief) Jimmy Prock in round two,” added the winningest Funny Car driver in St. Louis history. “That’s one of those ‘down to the finals at the last race of the season’ kind of match-ups. They’re a team we always get up for. We were out in front of Robert, but the car just pulled the tires loose at about 400-feet. We just didn’t take enough power out of it. But, that’s part of it; our NAPA AUTO PARTS Dodge Hellcat is a thoroughbred that wants to run, and we’re just trying to corral it a little bit. But, we’ve got a heck of a hot rod, so I’m excited about these next couple of races.” 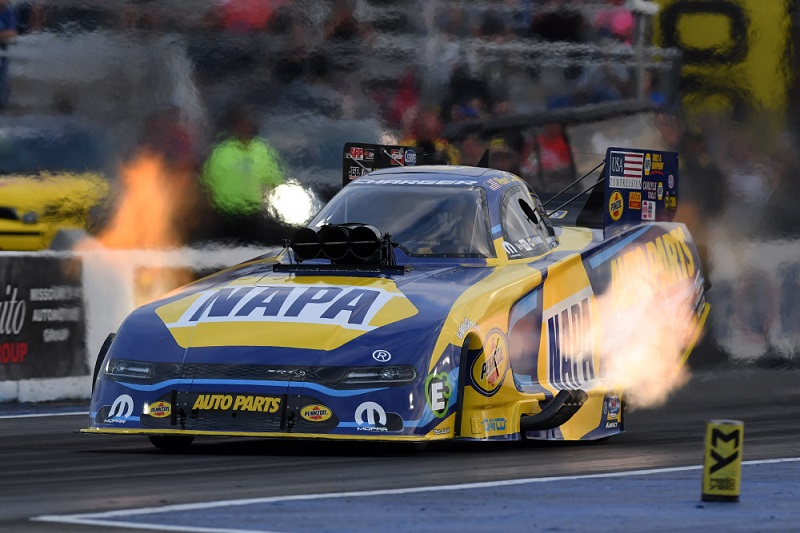 Capps maintained his top-five ranking throughout the race weekend, and will leave St. Louis sitting in the No. 4 spot with four events remaining. The NAPA AUTO PARTS Dodge Charger SRT Hellcat Funny Car team competes next at the NHRA Carolina Nationals in Concord, N.C., October 11-13.