Two-time and defending world champion Ron Capps continued to build upon his early-season momentum, which included a runner-up finish from the pole position in Pomona, Calif., by posting two 3.8-second passes in qualifying during the NHRA Arizona Nationals to start race day at Wild Horse Pass Motorsports Park as the sixth seed on the Funny Car eliminations ladder. Capps and the NAPA AUTO PARTS team faced Jim Campbell in round one and used another sub-3.9-second run to notch the win over Campbell’s 4.029-second effort. The quarterfinals featured a rematch of last week’s ‘marquee match-up’ between the two greatest Funny Car pilots in the history of the sport with Capps squaring off against John Force. Against his opponent, Capps once again posted another quick and consistent run, clocking a 3.869 E.T. but Force’s starting line advantage allowed him the holeshot win, ending the new team owner’s day after round two. 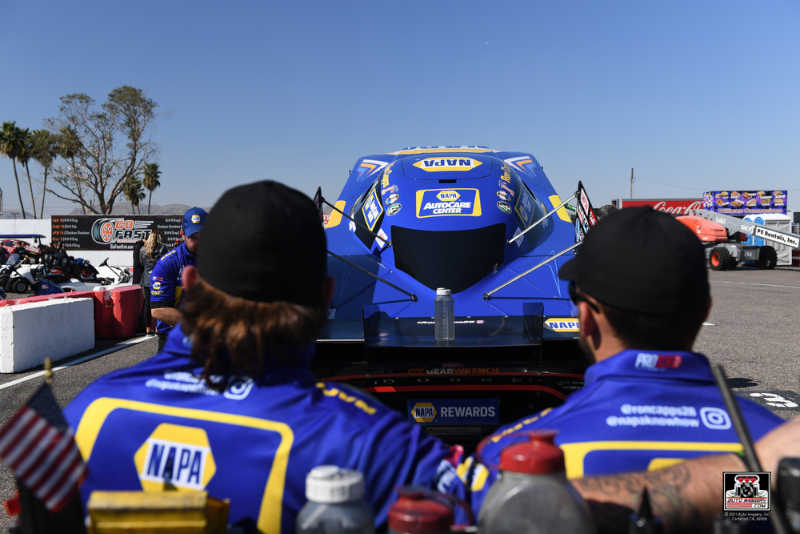 “Obviously, coming to this race after the great start in Pomona was something you dream of, but also, I come to expect it with our NAPA AutoCare team,” said Capps, a three-time Phoenix event champion. “(Crew chief Dean Antonelli) ‘Guido’ and (John) Medlen have given me such a great race car in different conditions. To go up there first round and run the .84 was pretty stout. Unfortunately, my reaction time got the best of me second round. To be honest, I didn’t have a great light first round either, and I really felt like when I left the starting line, it was a good light. Against John Force, we were trying to make sure we had lane choice in the semis. I’m too good, and too seasoned to have a .120 light; it’s not going to cut it. But, sometimes you’re off, and there is nothing you can do about it.” 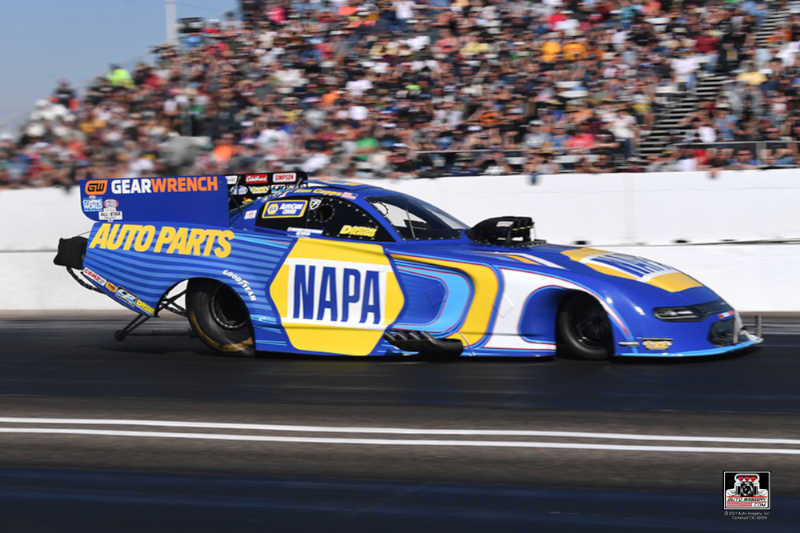 With now two races under his belt as a team owner, Capps is feeling more comfortable with his new dual-role position and is excited to see how his team progresses as they race under the Ron Capps Motorsports banner. 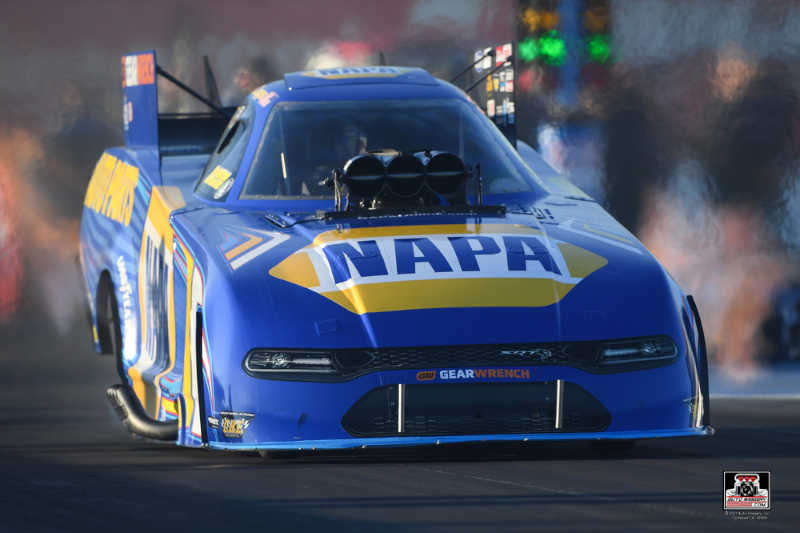 “I get asked by almost every fan what it’s like being a team owner and, honestly, I’m doing the same thing; it doesn’t feel any different. I haven’t changed anything I’m doing. In my mind, Guido and John Medlen run the show. They did last year, too. I’ve always felt that way about my crew chiefs and it’s neat to know you own it. At the end of the day, I love the fact that there is so much normalcy, so much life going on in our pit area and I think that’s going to be good for the rest of the year. We did have a little bit of a hiccup, an explosion Saturday in qualifying, but to bounce back and go right back up a couple of hours later, it just shows you the NAPA Know How I brag about with these guys. To know that Guido and Medlen can go up there and strut their stuff is fun as a driver so that’s what makes me excited about going to Gainesville and these races coming up. Having that NAPA Know How I brag about where, no matter what is thrown at us, we can get past it gives me the confidence to know we’re going to have a great season.” 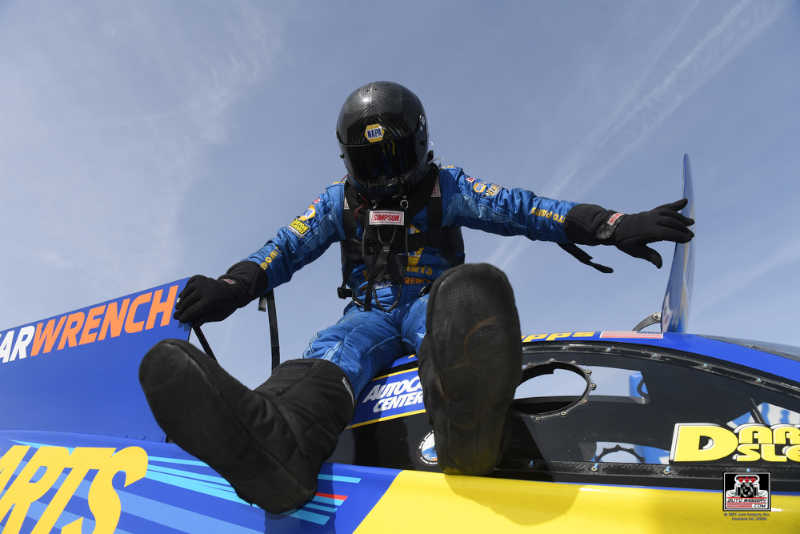