Back in spring of 2021 Ford announced the new electric Ford F150 Lightning truck. At the time of the announcement Ford hinted at the ability to use the F150 Lightning as a backup power source for an entire house. Considering the large capacity of the Lightning’s on-board battery pack, using it as a “generator” makes sense. Creative Toyota Prius owners hacked together this same functionality a few years ago using various homebrew kits. But now Ford has released details on their Ford Intelligent Backup Power system designed to allow you to tap the Lightning’s onboard battery when the lights go out. If you live in an area prone to power outages or bad weather, this may be just the ticket to leaving that noisy gas emergency generator behind. 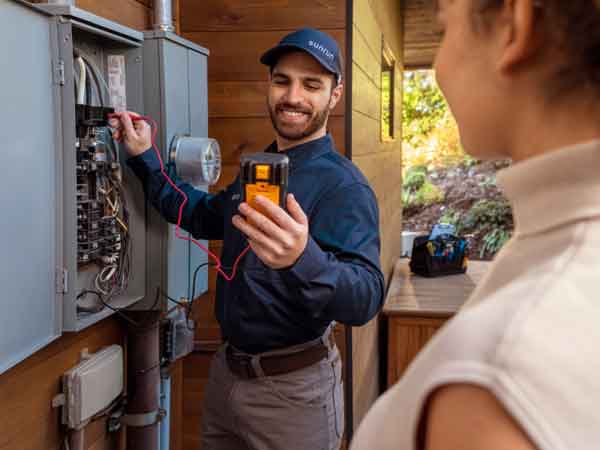 The heart of the system is the electric Ford F150 Lightning truck itself naturally. Next the system requires using the upgraded 80-amp Ford Charge Station Pro charge which is already included with Extended Range Battery models and can be purchased separately for those who opt for Standard Range Battery models. The charger itself will need a dedicated 100-amp 240-volt circuit to operate. Depending on the size of the existing home electrical panel a service upgrade may be necessary to handle the additional power load. Placement of the charger is flexible and can even be mounted outside.

Next up the Home Integration System ties the Ford Charge Station Pro charger into the home’s hardwired electrical system at the main panel. This allows for power to flow into the truck’s battery during normal charging, but reverses direction when power from the main grid becomes disconnected. The Home Integration System uses a matching power inverter and small battery along with a transfer switch to quickly flip the house from grid power source to Lightning backup power source. The inverter is a necessary step as the power coming back out of the Lightning is DC current but the power grid is AC current. To prevent back feeding electricity to the grid and causing a potentially dangerous situation the transfer switch is also a necessity. Transfer switches have been in use for years with installations where a backup generator is hardwired to the panel. Each of these components are all carefully designed to work together seamlessly.

It is worth nothing that the Ford Intelligent Backup Power system is different from the Pro Power Onboard system found in the cargo bed or the Mega Power Frunk of the F150 Lightning. These two systems offer several 120-volt plugs (or even a single 240-volt plug) that also draw power from Lightning’s onboard battery. While you can still use these plugs for emergency backup power, the Ford Intelligent Backup Power system is fully automatic and uses your home’s own existing wiring system for power distribution.

In the event of a power outage the Intelligent Backup Power system activates automatically. An alert can be sent via the FordPass™ app notifying the homeowner of the power source switch. When the system is in operation a status dashboard is displayed on the Lightning’s infotainment unit screen. Information such as power direction (whether the truck is charging or discharging the battery), how much power has been transferred (in kW), how many days/hours of power is left at the current discharge rate, and how many miles the Lightning can still travel. The same information can also be accessed via the FordPass™ app. The app can also control how much of the truck’s battery to hold in reserve for driving duties. Ford estimates that a home using 30kWh of electricity per day can be powered up to three days from an electric Ford F150 Lightning Extended Range Battery model. Once power from the main grid is restored the system automatically switches back to normal power operation and begins  recharging the Lightning. 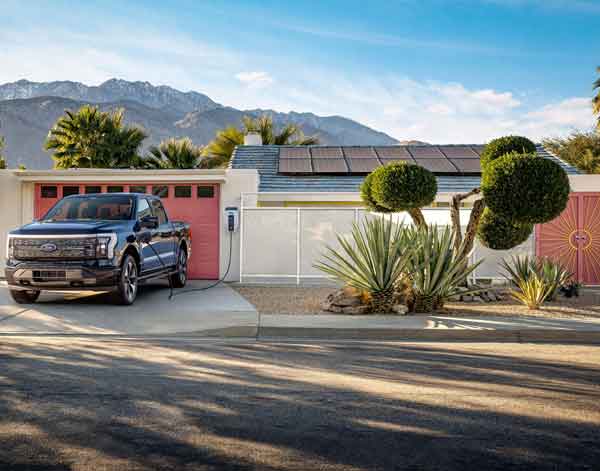 Looking To The Future

Ford has already hinted at using the Lightning’s large built-in battery as a potential short-term household energy storage solution. Many people are already familiar with the Tesla Powerwall, which among its features boasts the ability to shift electric load to help reduce power costs. In areas where peak power costs can be higher (usually during the day), it can save money to shift energy usage to lower cost times (usually at night). By utilizing the Lightning’s battery and the Home Integration System it would be possible to charge the truck at night, and release power during the day to help reduce power draw from the grid.

Check out all the maintenance parts available on NAPA online or trust one of our 17,000 NAPA AutoCare locations for routine maintenance and repairs. For more information on the Ford Intelligent Backup Power system and the 2022 F-150 Lightning, chat with a knowledgeable expert at your local NAPA AUTO PARTS store.