MADISON, Ill. (Sept. 27, 2015) – Ron Capps was disheartened less than 24 hours after his NAPA AUTO PARTS Funny Car catapulted him to the quickest and fastest lap of his 21-year career driving a 10,000-horsepower that often has a mind of its own.

Ron and the NAPA team led by crew chief Rahn Tobler were fresh from their best two-day qualifying performance that earned the No. 4 qualifying position on Sunday’s championship eliminations in the Midwest NHRA Nationals at Gateway Motorsports Park near St. Louis, which is the second of six events in the NHRA Mello Yello Drag Racing Series Countdown to the Championship playoff. 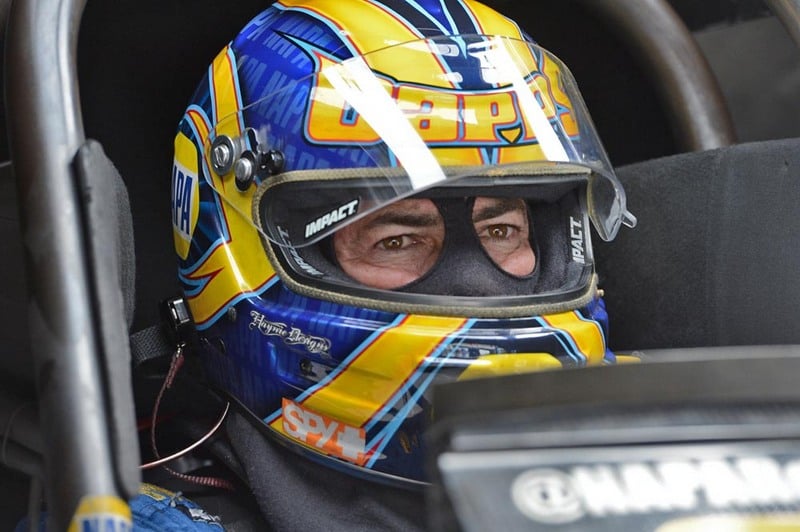 In Sunday’s first round, the NAPA Dodge produced a time of 4.002 (320.74) to advance to the quarterfinals and its third sub-4-second run of the weekend with a 3.949 (324.67) – each also were better that his career bests before Saturday – to eliminate Alexis DeJoria and advance to the semifinals to face Don Schumacher Racing teammate Matt Hagan. 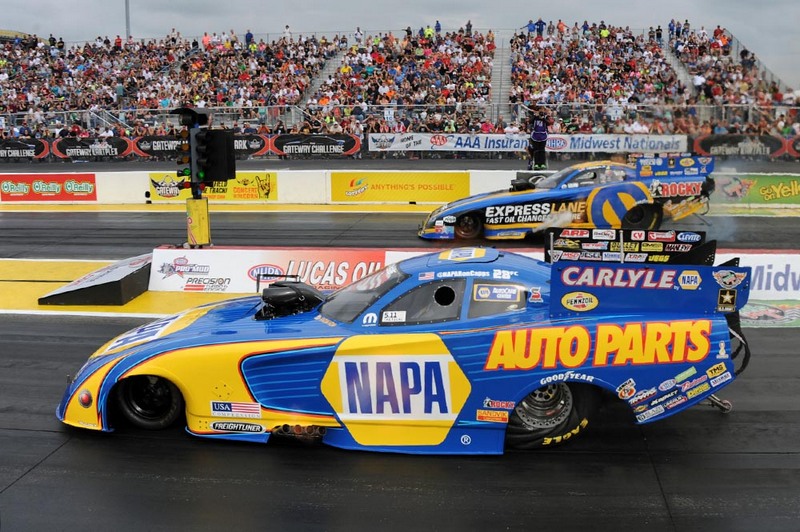 At the hit of the throttle, Hagan immediately smoked the tires while Ron seemed to be on another 3-second blast. But then Ron, in the left lane, began to veer toward the centerline not far from the finish line and crossed it before the finish line to be disqualified and send Hagan into the championship round.

“I don’t know,” Ron said. “It could have been my fault. Rahn will go over video and they’ll look at the car when it gets back to the shop tomorrow in Brownsburg. “I don’t know.

“All I know is Tobler and our NAPA guys have worked their butts off all year to get this NAPA Dodge to where we could challenge for the championship. They showed this weekend that we can do that. 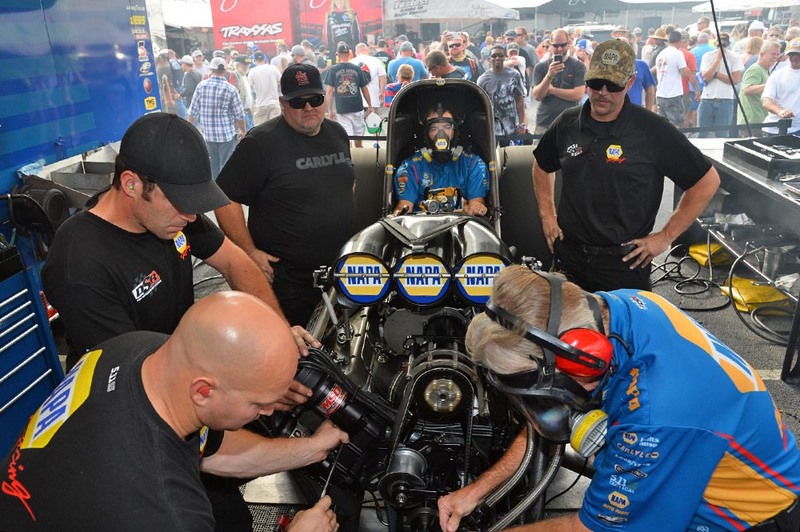 “We held on to sixth in points but we lost some points to the leader, but there are four more races left in this Countdown and we are no way out of it. We’ll show that next week at Maple Grove (near Reading.)” 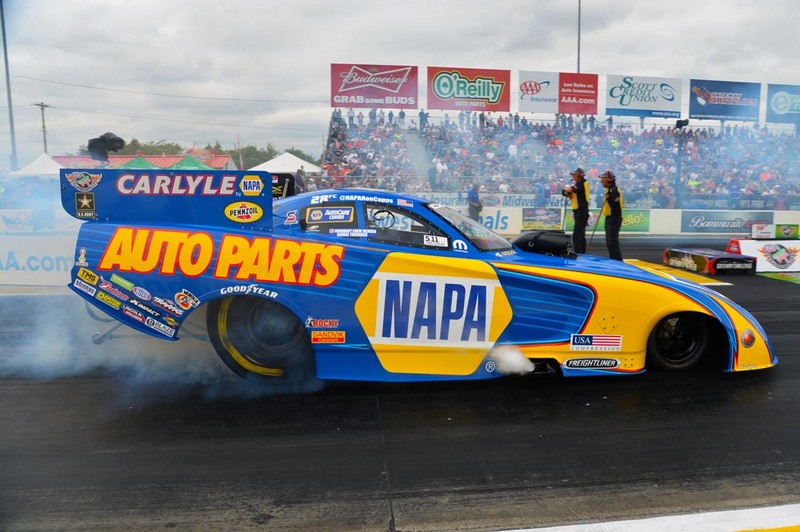