Chase Elliott, driver of the No. 9 NAPA AUTO PARTS Chevrolet, finished fourth in Saturday’s VisitMyrtleBeach.com 300 NASCAR XFINITY Series (NXS) race at Kentucky Speedway.  This marks Elliott’s 11th top-five finish of the season and his second in the last three races.  On the night, Elliott was able to pick up three championship points and now sits 25 points behind Chris Buescher in third place with six races left in 2015.  Ryan Blaney led four times for a race-high 81 laps en route to a fourth career NXS victory. 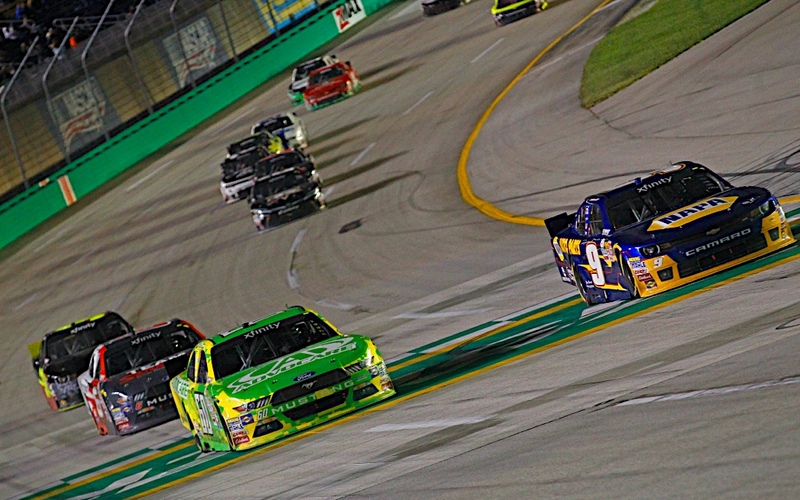 The roller-coaster night for Elliott began from eighth position at the drop of the green flag.  Within three corners of a lap, the 19-year-old defending NXS champion wheeled his NAPA Chevrolet to the fourth position.  By lap 10, Elliott had secured second and was starting to pull within range of the leader.  A pivotal moment came under caution on lap 27.  Crew chief Ernie Cope brought Elliott in from the second position for a chassis adjustment to help balance the Camaro on both ends of the 1.5-mile tri-oval track.  Although the NAPA crew executed a near flawless stop, Elliott dropped five positions – restarting seventh on lap 33 due to being blocked in by the No. 39 car in the stall just ahead of the No. 9 JR Motorsports (JRM) team. 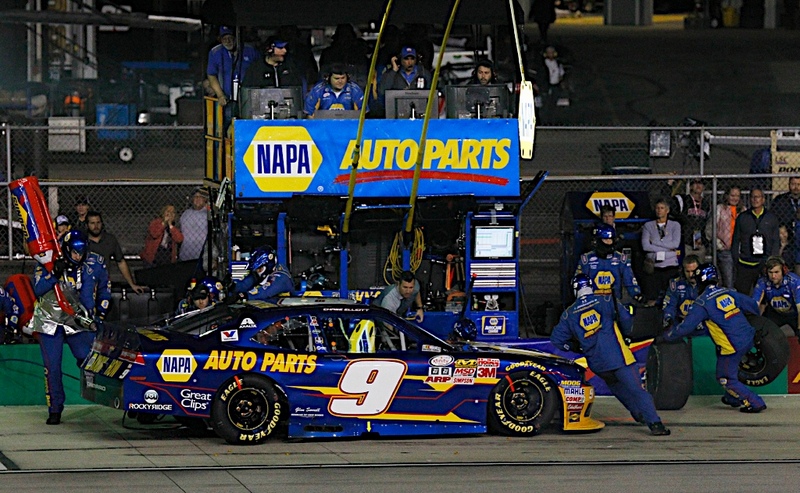 All night long Elliott took full advantage of his restarts.  He pounced on the competition each time the field was set and eventually was able to work his way back inside the top five just past the race’s halfway mark.  Cope and Elliott continued to dial in the NAPA machine after an extensive red flag just after halfway.  The duo rolled the dice on lap 128, staying out for track position.  The strategy didn’t work out to their advantage as the caution flag would fall just a few laps before the green-flag pit stops cycled through.  Had the cycle completed, it would have propelled Elliott to the second position with under 30 laps to go.  This didn’t dampen Elliott’s focus, as he bolted out of the gates from the 15th position with 28 laps to go – working his way to seventh just a lap into the run. 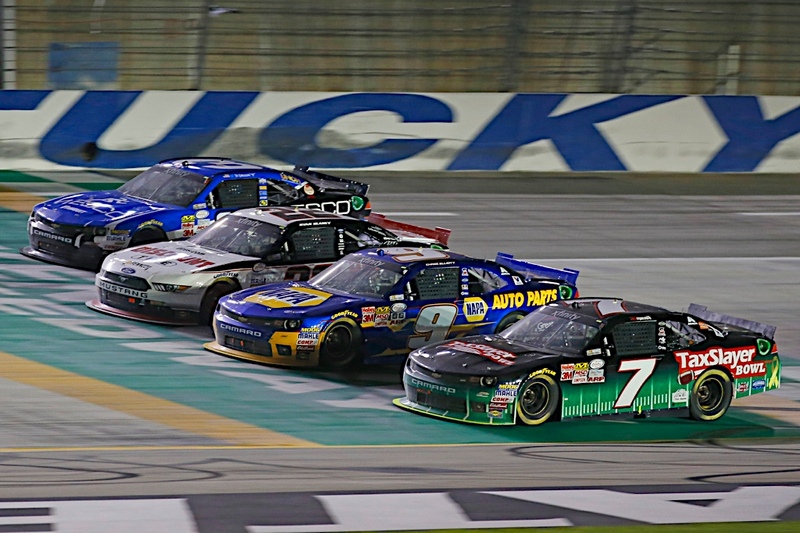 On the final restart, which happened to be a green-white-checkered, Elliott fired off fourth and would go on to hold serve and match his highest finishing position at Kentucky Speedway.  Blaney bested Ty Dillon, Regan Smith, Elliott and Brandon Jones for his second NXS victory in 2015.

“Wish I would have had a better restart on that green-white-checkered.  I could have rolled down the frontstretch better entering turns one and two setting us up for a chance there at the end.  Unfortunately I spun my tires really bad and it kind of clogged up our whole lane.  I’m really proud of the effort though.  It was up and down all night long and I thought we made a good call there at the end to stay out and do something different, but we didn’t have a long enough green-flag run for it to work out for us.  Overall I was really happy with the NAPA AUTO PARTS Chevrolet.  It was definitely an improvement from Chicago last week and that is always good.” 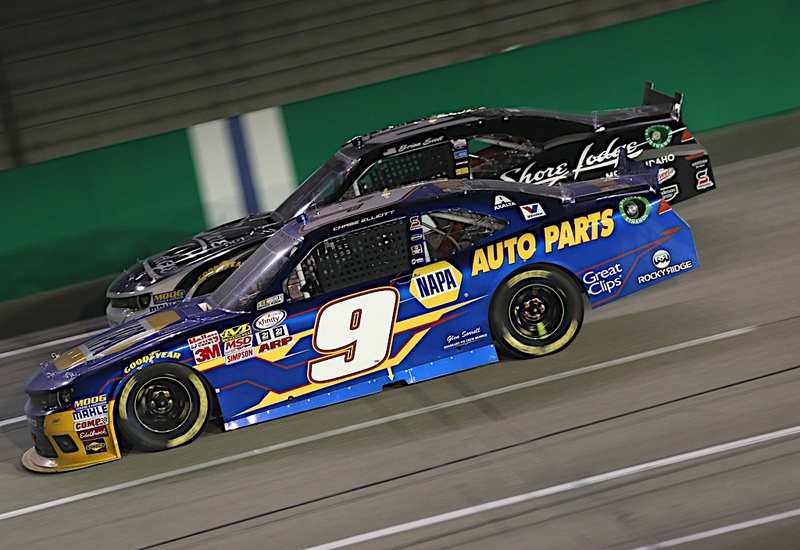 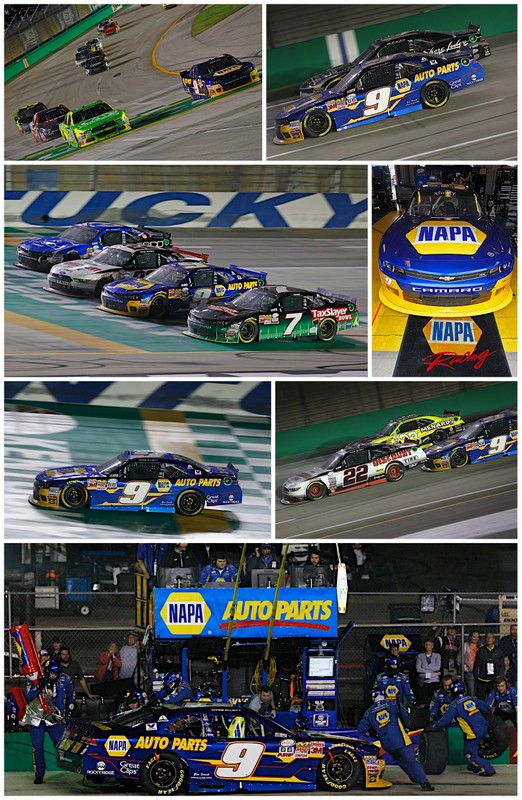