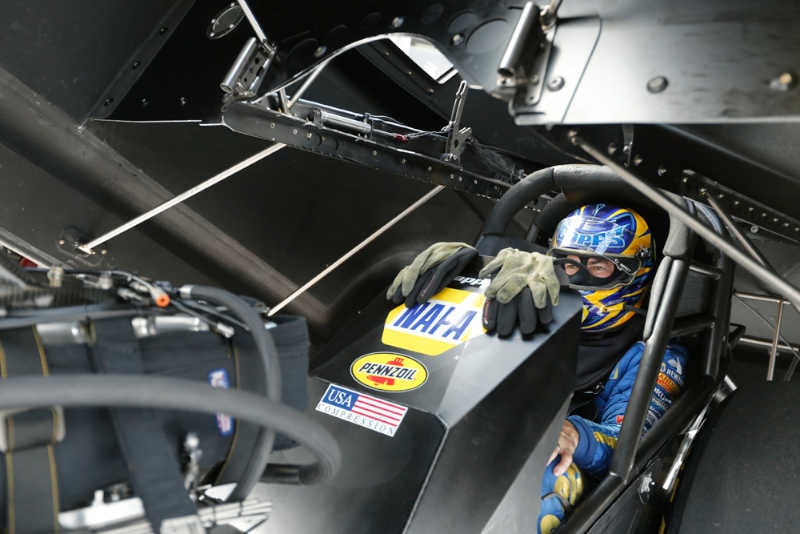 Capps clocked a ‘top three’ run during Saturday’s second qualifying round to earn a spot in the competitive quick-half of the field. Starting from fourth, Capps navigated the NAPA AUTO PARTS Dodge Charger SRT Hellcat down the Texas Motorplex track in 3.907 seconds to easily defeat Terry Haddock’s tire-smoker in the opening session on Sunday morning. In the quarterfinals, Capps went toe-to-toe with Alexis DeJoria and once again maneuvered his NAPA Dodge to another smooth sub-four second pass, clocking a 3.903 E.T. over his opponent who lost traction as soon as she stood on the throttle. The round-win positioned Capps into a semifinal face-off against teammate and Funny Car point leader Matt Hagan. 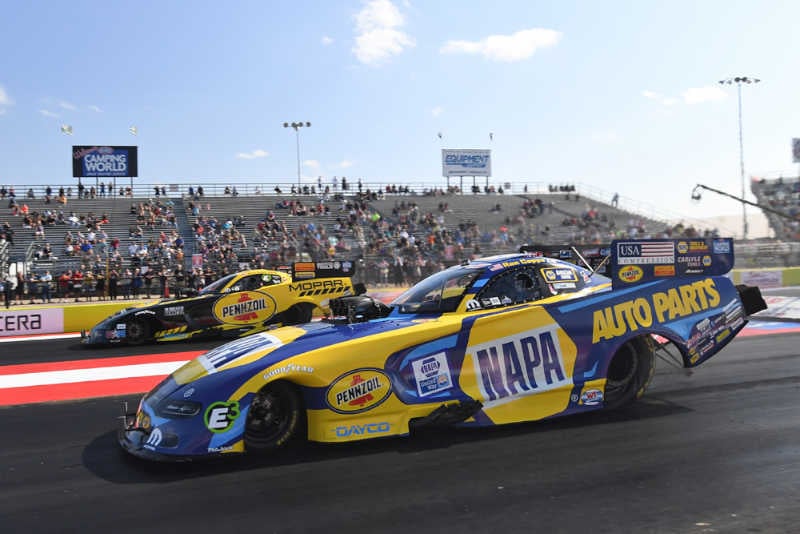 Capps was laser-focused on trailering his teammate which would not only guarantee him a berth to the finals but would have prevented Hagan from collecting more points and widening the margin between him and his teammate. After three stout passes in a row, Capps looked to be in a solid position to thwart Hagan’s championship efforts, but a mechanical gremlin caused Capps’ machine to slow to a 3.958 E.T., and his fellow DSR Dodge Funny Car pilot was able to take the semifinal round win. 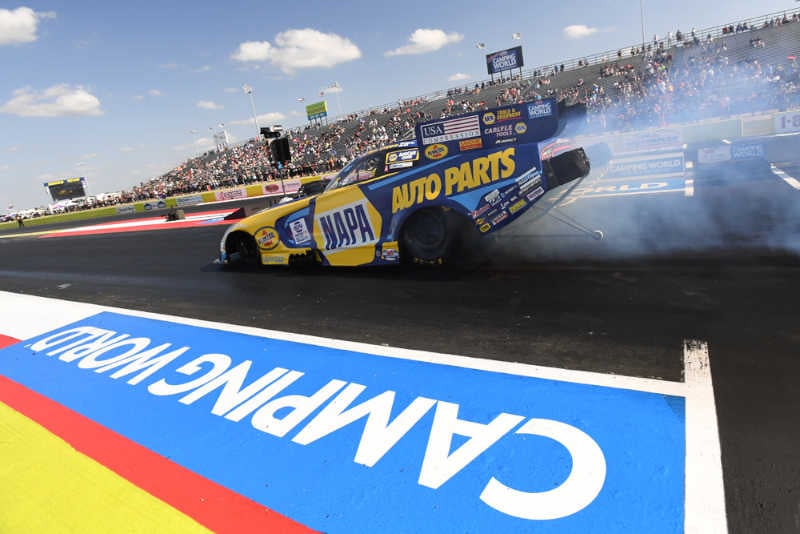 Capps maintains his fourth-place ranking as he heads into the final two events of the season, and while he wasn’t able to make up ground in Ennis, a strong showing in Houston next weekend would put the NAPA team right back in the thick of the championship hunt. 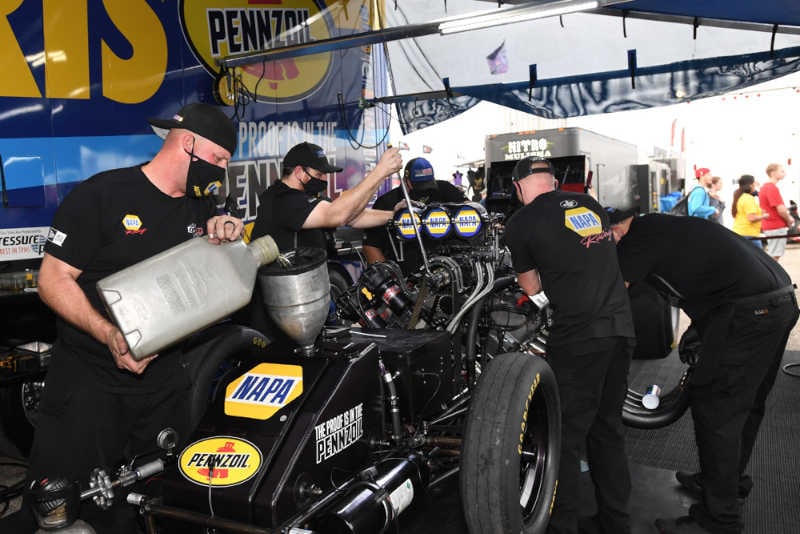 “It’s tough to gain points when these cars in front of us keep going rounds,” said Capps, the 2016 Funny Car world champion. “We felt so good from qualifying to run that 3.88 and then the first two rounds we posted back-to-back 3.90 runs. We felt like we had typical Rahn Tobler. We were so quick and consistent, it was almost like a bracket racing car and we really only tried to improve a little bit against (crew chief) Dickie Venables and Matt Hagan and if we got beat, we got beat. For some reason, the car slowed down a little bit and ran 3.95. It’s a major bummer. Those guys are running so well that you have to improve a little bit to outrun them. It’s nice to be back racing so soon when we go to Houston next week, but we’re kind of running out of rounds to make a run for the championship. We’ll head to South Texas and try to make some ground up.”