After a disappointing qualifying result had the No. 27 rolling off in 14th for the GMR Grand Prix, Alexander Rossi steadily charged through the field to come away with a seventh-place finish on the Indianapolis Motor Speedway Road Course.

The month of May for the NTT INDYCAR SERIES kicked off in Indianapolis with the GMR Grand Prix on the Indianapolis Motor Speedway Road Course as the 25-car field took the green flag for the 85-lap race around the 14-turn course on Saturday afternoon. 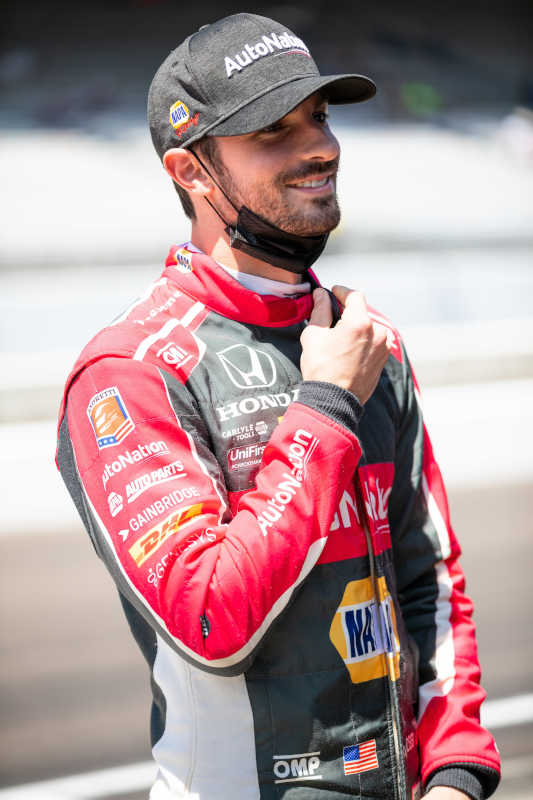 After finishing out the doubleheader at Texas Motor Speedway in the blue and yellow NAPA AUTO PARTS livery, Rossi’s No. 27 machine was back in the pink and grey #DrivePink scheme of AutoNation for the GMR Grand Prix.

After topping the charts of the first practice session and a strong second practice, Rossi headed into qualifying with hopes of making it to the final round of knock-out qualifying. The No. 27 machine struggled to find the pace on the alternate tires in the first round and unfortunately did not advance into the second round of qualifying. Rossi would ultimately take Saturday’s green flag in 14th.

A ‘stumped’ Alexander Rossi commented on the team’s qualifying performance, “We’re trying to figure out what happened in qualifying today – we honestly don’t know. We got a lot looser there. I’m honestly stumped. We’ll have to look into it. You look at Will (Power) and he lost half a second from two hours ago. That second session was slower than the first session. It’s kind of confusing. We’ll have a look at it, but it’s unfortunate to have the AutoNation Honda starting where it is.” 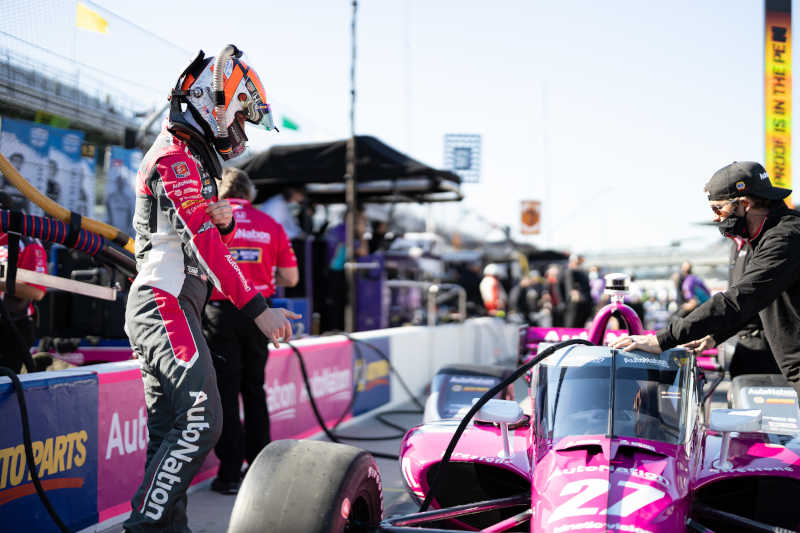 With Rossi starting mid-pack, the 85-lap race went green before immediately going yellow for a first-lap, second-turn, multi-car incident. In order to avoid any damage from the incident, the No. 27 took a long detour through the grass, losing two positions. Rossi took the restart a few laps later and was quickly around teammate James Hinchcliffe into 15th before regaining his starting spot of 14th prior to pitting for the first time. The No. 27 machine steadily charged through the field for the remainder of the race, slowly passing competitors one-by-one. By the time the checkered flag waved, Rossi had worked the No. 27 into a top-ten finish, crossing the finish line in seventh. Rossi would claim the title as one of the race’s biggest movers, making up seven positions throughout the race and advancing a position in the championship standings.

“It was quite the day here at IMS. It was always going to be difficult starting 14th. We need to understand why we have some qualifying troubles,” said Rossi. “All in all, the AutoNation guys did a great job in pit lane. Even though we had to avoid an incident in Turn 1 (Lap 1) and lost some spots, but we were able to come back through. You can’t be happy with seventh, but it’s better than where we started. It’s cool to be the TAG Heuer Biggest Mover of the race. Hopefully that’s not something that we get known for. I like to always start up front, finish up front. Ultimately, on a day like this, we take what we can. We will look forward to heading the other direction on Tuesday and hopefully we can get Indy 500-win number two.” 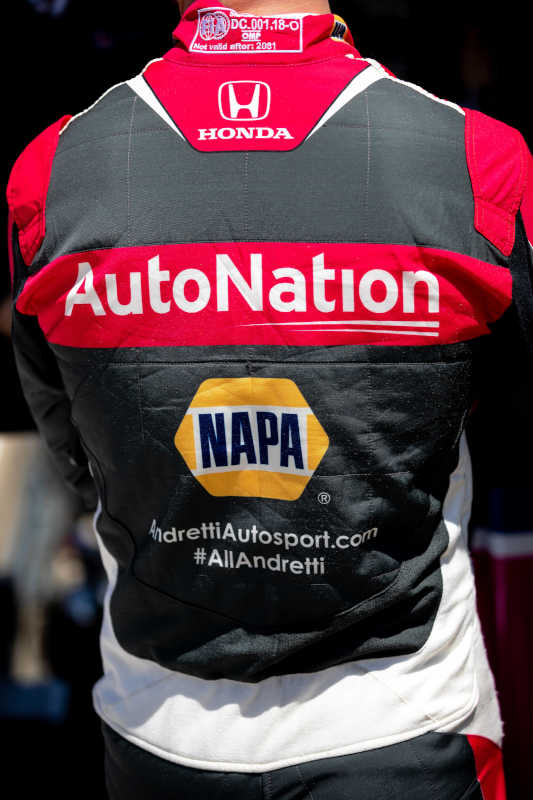