Flying the chrome blue Pennzoil Synthetics/NAPA AUTO PARTS colors on his Dodge Charger SRT Hellcat, Ron Capps was looking to break through for his first win of the 2021 season at the NHRA Four-Wide Nationals in Concord, N.C. A stellar qualifying performance yielded bonus points and a No. 3 starting position, but Capps found himself on the outside looking in after a disappointing first-round loss. 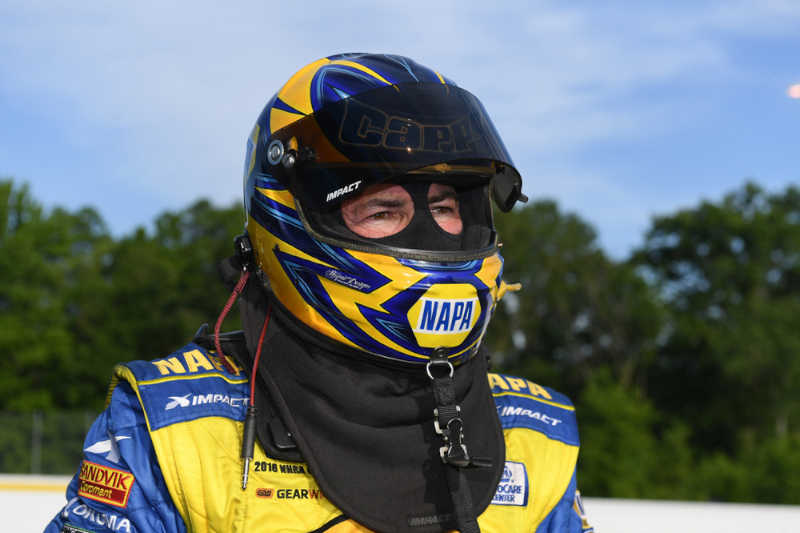 After finishing as a semifinalist at the Las Vegas Four-Wide Nationals last month and a stellar qualifying outing earlier in the weekend at zMAX Dragway, Capps appeared to be in prime position for a long day of going rounds on Sunday. By powering to the second-quickest pass of both Q2 and Q3, Capps earned four bonus points and the No. 3 starting position to start race day, pitting him against teammate Matt Hagan, Cory Lee, and Cruz Pedregon in his round-one quad. Capps was solid off of the starting line, clocking a 0.067-second reaction time but Pedregon’s 0.000 light allowed him to defeat Capps with a holeshot finish. Meanwhile, Hagan also set off the win light in his lane with a 3.936 E.T., and Capps found himself as the third-place finisher and was forced to be a spectator as Hagan and Pedregon advanced to round two. 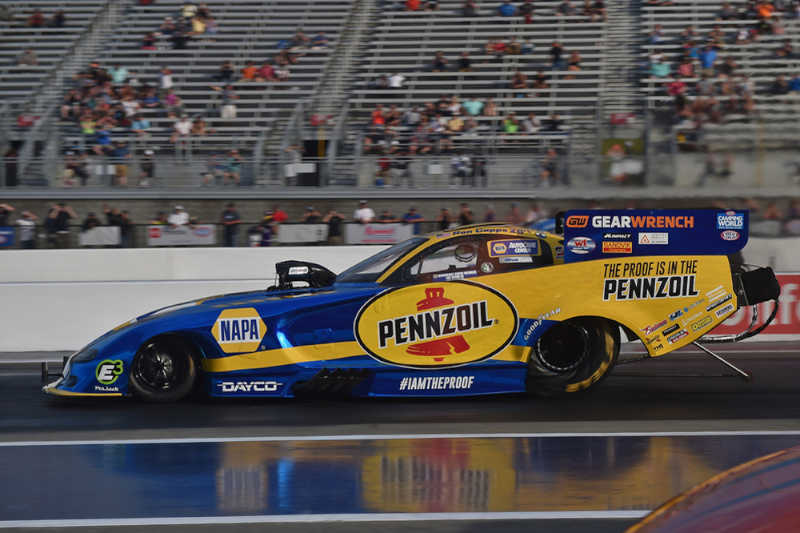 “NHRA drag racing is definitely a ‘right place at the right time’ kind of sport,” said Capps of his round one results. “We had such a great car on Saturday. It was quick and consistent. My crew chiefs ‘Guido’ (Dean Antonelli) and John Medlen, and this entire Pennzoil/NAPA AutoCare team put a great race car underneath me time and time again. The car was running really well today in round one; the incremental numbers were great and then it just put a couple of cylinders out and spun the tires downtrack, and it hadn’t done that all weekend. You couple that with the fact that one of my opponents had a perfect light (0.000 reaction time) or what we call a ‘bad red light,’ and I’ve had some of those myself, and when you’re on the good side of it, that’s what happens, and today he was on the good side of it and beat us to the finish line.”

Despite the early exit, Capps is confident that his team’s first win of the season is just around the corner.

“A win is coming soon,” said the 2016 NHRA Funny Car world champion, who departs zMAX Dragway sitting fifth in the point standings. “We’re getting these ‘close call’ races out of the way early in the season. You can’t call it bad luck because we’re running really well. I’m excited about these next few races for sure, but we’ll have to wait until next year to get another four-wide trophy.” 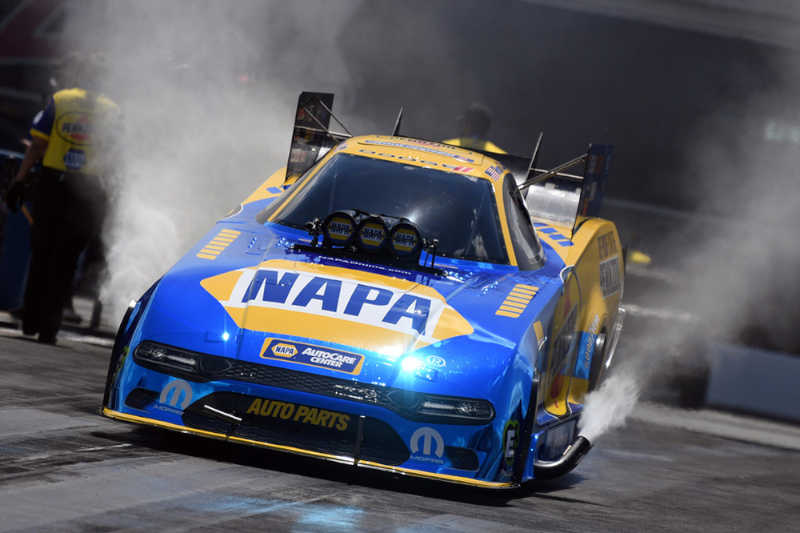 While the NAPA team may have to wait an entire calendar year for a shot at a four-wide trophy, they won’t have to wait long for a chance to nab their first 2021 trophy, as the NHRA competes next at the Mopar Express Lane NHRA SpringNationals Presented by Pennzoil next weekend, May 21-23, in Baytown, Texas.

Next Race: May 21-23, Baytown, Texas, Mopar Express Lane NHRA SpringNationals Presented By Pennzoil
How to Watch or Listen: FS1; NHRA.TV