Alexander Rossi and the No. 27 NAPA AutoCare crew finished second in a nail-biting 103rd Running of the Indianapolis 500-Mile Race.

Runner up by just 0.2086 seconds, Rossi again became the star of the show in Indianapolis. Leading 22 laps of the 200-lap event, he nearly claimed his second victory on the Indianapolis Motor Speedway oval, dancing with Simon Pagenaud and swapping the lead five times in the closing laps. While getting held up by lapped cars and suffering through mechanical issues during refueling, Rossi was verbally (and physically) frustrated at times during the race, but he battled back with sensational passes that got the crowd roaring. 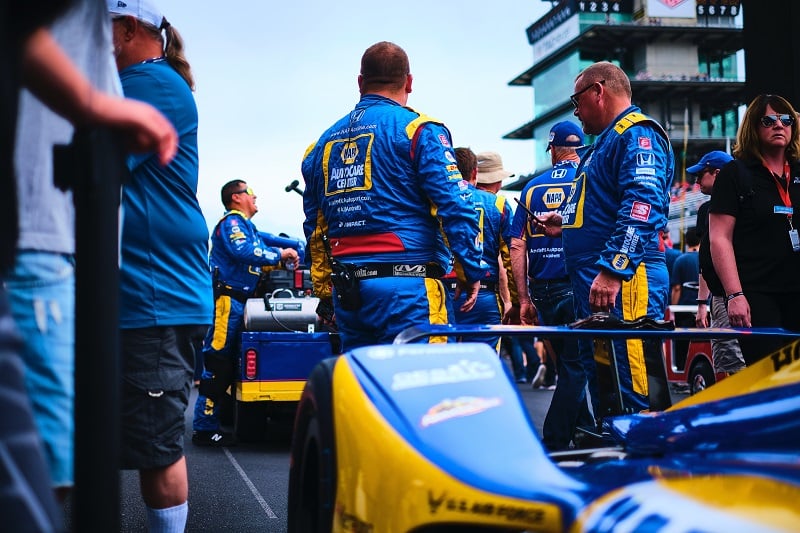 Rossi, who won the 2016 Indy 500 as a rookie, overcame the two lengthy pit stops for refueling issues, charging from mid-pack to contend for the win. The NAPA AUTO PARTS driver was in first place on the final race restart on Lap 187, following an incident involving six cars that included an 18-minute red-flag delay. Prior to the incident, it was looking as Rossi’s more fuel-efficient Honda was going outlast the Chevrolet of Team Penske if the race had remained green for the duration.

“I think the NAPA AUTO PARTS car was superior if you look at what we were able to do in traffic,” said Rossi. “I don’t think anyone else was doing that. It’s really disappointing. I thought there was a period of time there where we were going to get the win. The yellow didn’t help us. The Honda fuel mileage was so much superior to the competition – that’s a big plus from them. But what we had today just wasn’t enough.” 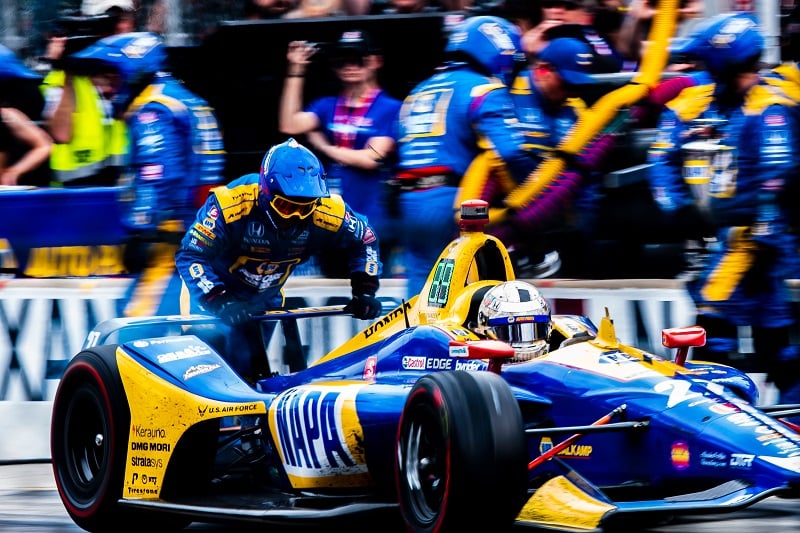 The duo exchanged the lead twice on Lap 189 before Rossi swept back in front on Lap 198 heading into Turn 1. On the ensuing lap, Pagenaud made a similar outside pass for the lead. Rossi attempted several hair-raising overtakes on the final lap, narrowly missing his second win on the famous oval. He has never finished outside of the top seven in four Indy 500 starts.

“We were flat in that final lap coming to the flag – we just didn’t have enough,” said Rossi. “You can’t take anything away from the (No.) 22 guys. They were on pole, they led a lot of laps, did a good job and had a fast race car.” 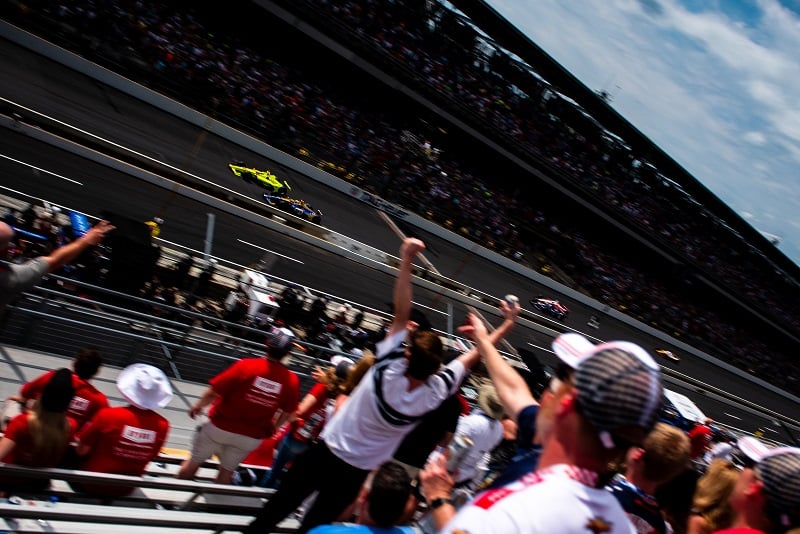 The NTT IndyCar Series returns to action May 31-June 2 with the Detroit Grand Prix, the only doubleheader weekend on the 2019 schedule. The races air live on NBC and the INDYCAR Radio Network at 3 p.m. ET both Saturday, June 1, and Sunday, June 2.