Andretti Autosport had its strongest run of the year at the Sonsio Grand Prix of Road America. Alexander Rossi took home his second straight podium of the season with a third-place finish. Behind Rossi were teammates Romain Grosjean and Colton Herta in fourth and fifth, respectively. Devlin DeFrancesco battled back from two stop-and-go penalties to finish 18th overall. 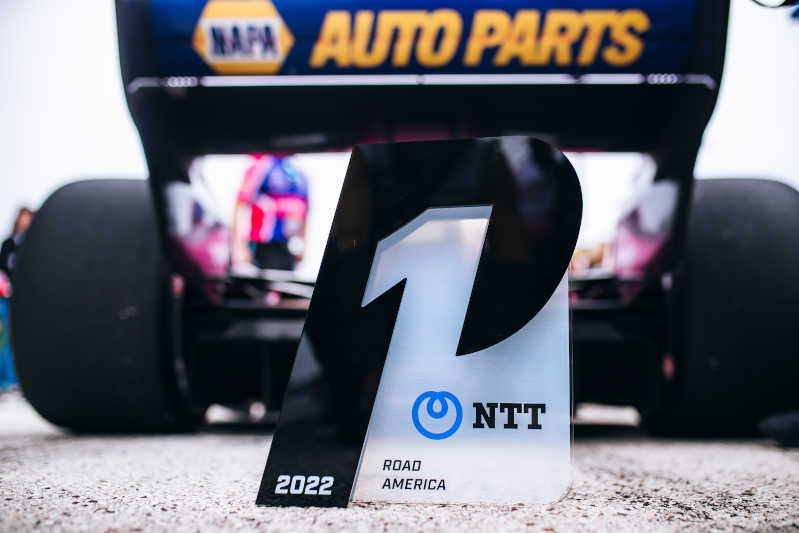 Alexander Rossi kicked off the weekend as the NTT Pole Award winner. This was his first pole in three NTT INDYCAR SERIES seasons. Rossi topped the charts with a lap time of 1:44.8656 in his No. 27 NAPA AUTO PARTS / AutoNation Honda. When he took the green flag for the race’s start, he was immediately asked to show his racing prowess due to three consecutive yellows leading to three restarts.

Rossi held steady and kept his lead for 14 laps before pitting. Pit sequencing threw Rossi into second place. He held that position until a final pass was made on the last lap of the race. Rossi’s third-place finish was his third podium finish at Road America. 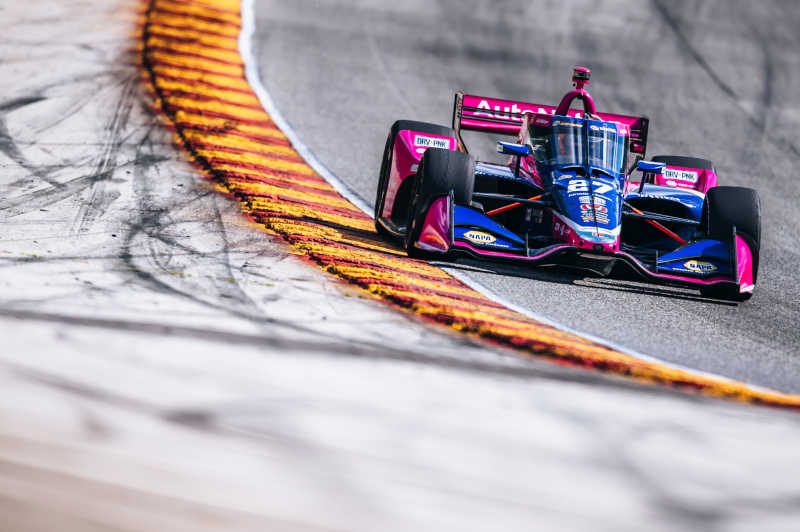 “It was a generally good day. I think Josef (Newgarden) had a little bit better pace than us. I think we were the second-best car. I got aggressive on the last restart just to do something and overstepped a little and I let Marcus (Ericsson) go past. I don’t know that we would have been able to win. We got held up a little bit with Scott McLaughlin coming into the pits when we were trying to leave during the first sequence. From then on it was really just about closing the gap to Josef. A little disappointing but all-in-all I think it was a positive weekend for a lot of reasons.” 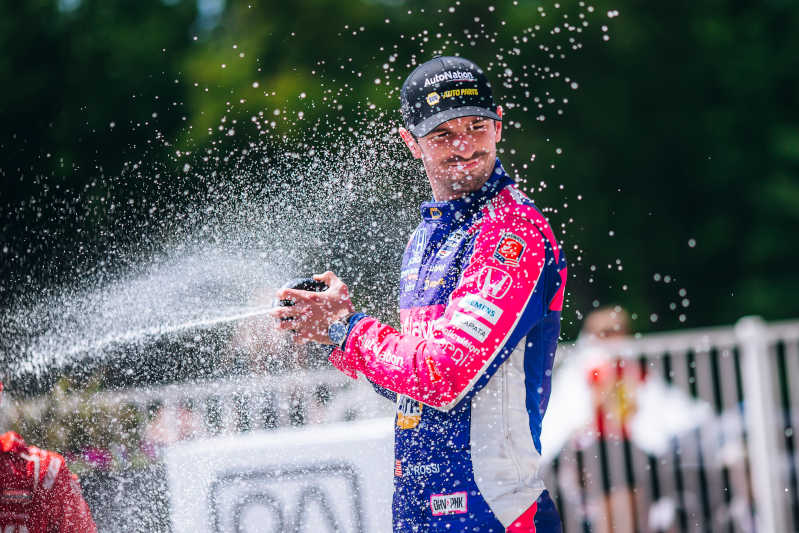 Next on the NTT INDYCAR SERIES schedule is the Honda Indy 200 at Mid-Ohio in Lexington, Ohio. The 2.258-mile, 13-turn road course has long been a favorite for INDYCAR fans. The race takes place Sunday, July 3, at 1 p.m. on NBC and NBC’s Peacock.

Next Race: Sunday, July 3, Honda Indy 200 at Mid-Ohio
How to Watch or Listen: NBC, PeacockTV, and INDYCAR RADIO Sirius 205