Alexander Rossi keeps his Astor Cup dreams alive with a podium finish at the Grand Prix of Portland. 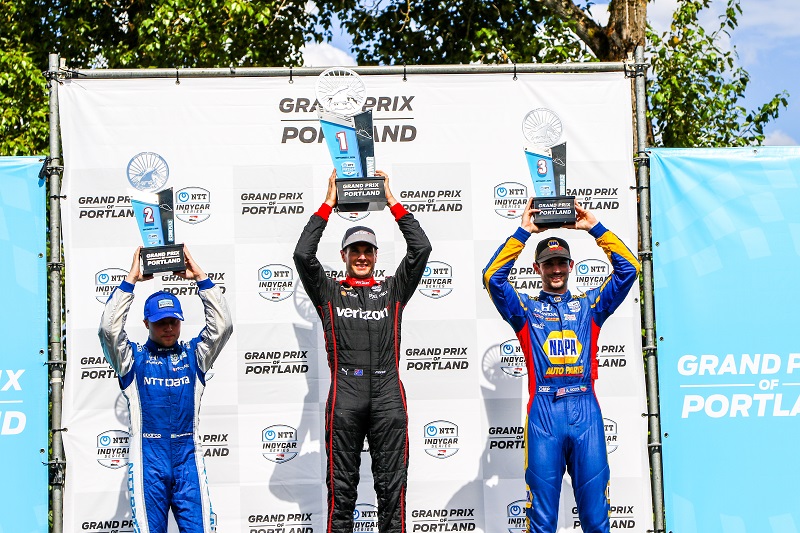 Coming into the race weekend at Portland International Raceway, Rossi and the NAPA AUTO PARTS team knew they had to finish ahead of championship leader Josef Newgarden and collect valuable points to keep their Astor Cup dreams alive. When Qualifying was complete on Saturday, Rossi earned a seventh-place starting position and Newgarden (who failed to advance to Round 2) claimed 13th.

As the green flag waved, the action began. Between Turns 1 and 2 of Lap 1, a multi-car incident forced four cars into retirement including the 26 car of Zach Veach, Rossi’s Andretti Autosport teammate. Numerous cars, including Newgarden, were forced to use the emergency route between the turns to avoid contact, and it seemed as though Newgarden was going to have to take the restart from 18th. The 27 team was not that lucky however, and due to the delay in throwing the yellow flag, Newgarden was able to work his way up to 12th – where he would eventually take the restart. Before the yellow flag was waved for the incident, Rossi was able to gain one position by passing Felix Rosenqvist. 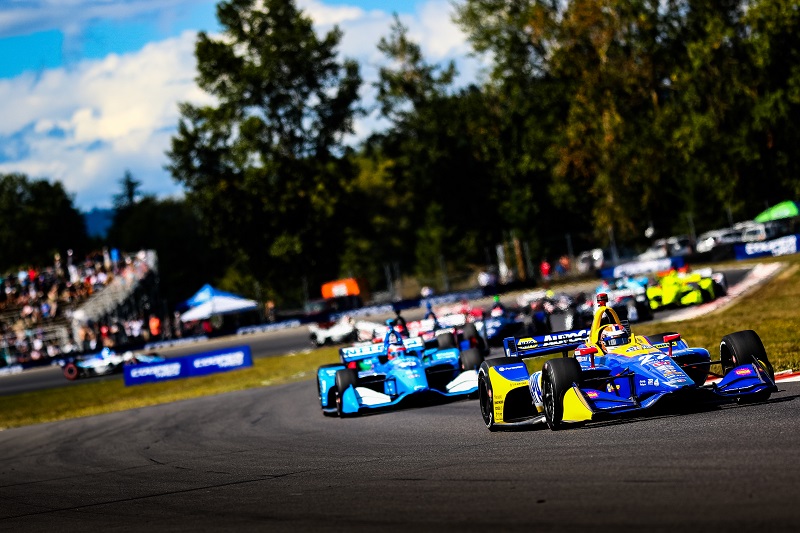 On just the second lap of green-flag racing (Lap 13), Rossi just missed contact ahead of him that would eventually bring out the second caution of the race. The two cars involved were both severely damaged – the 60 car of Jack Harvey was retired and the 28 of Ryan Hunter-Reay was taken behind pit wall for repairs – which pushed Rossi up to fourth for the second restart of the day.

Running between fourth and third, Rossi kept pace with the leaders as they broke off into a pack. When he encountered a lapped Chevy car, the driver made it difficult to pass, separating him from Will Power and Rosenqvist, who were running first and second, respectively. Escaping the lapped car by pitting for full service on Lap 73, Rossi had a large gap to the leaders to make up as Newgarden’s gap was narrowing behind him. 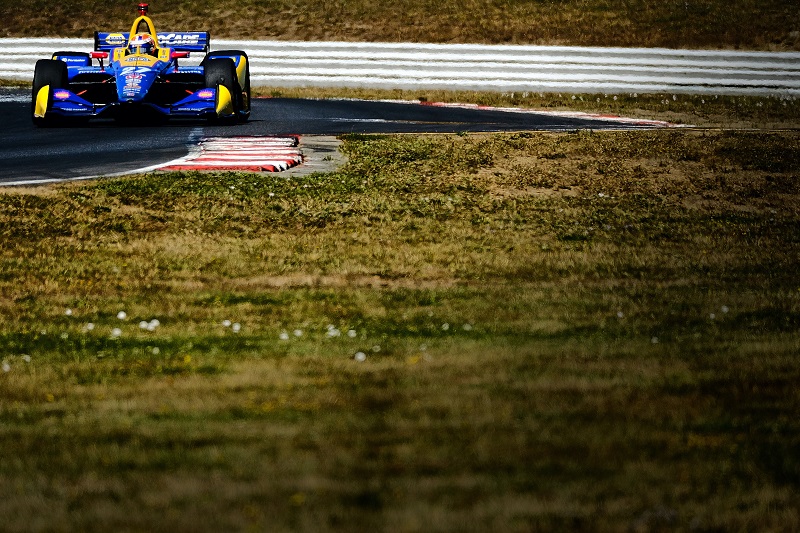 When the checkered flag waved after 105 laps of racing, Rossi crossed the finish line from the third position. When he took the last step of the podium to receive his trophy, he was greeted by NAPA Group President – North American Automotive, Scott Sonnemaker, who presented him with the third-place hardware. 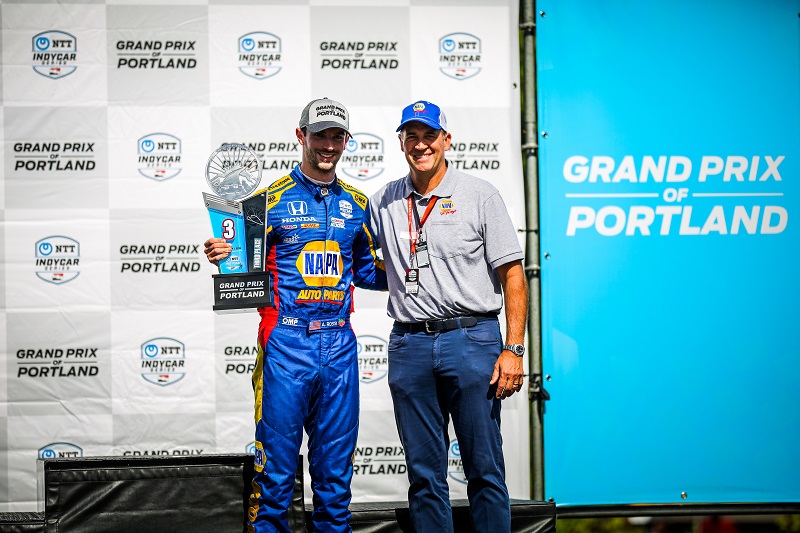 Collecting 35 championship points, Rossi took back the second spot on the championship leader board, 41 points back from Newgarden, who finished fifth. Heading into the season finale, the Astor Cup is still very much in sight for the NAPA AUTO PARTS team.

“It is not that I wanted more, I just wanted less for [Josef Newgarden],” said Rossi. “The 27 NAPA Andretti Honda boys did a good job. We maximized what we had. I don’t think we had a race-winning car today, unfortunately. Starting in seventh and finishing on the podium is a good day. We finished in front of our championship rival. It will be pretty intense in California, but I am looking forward to it.” 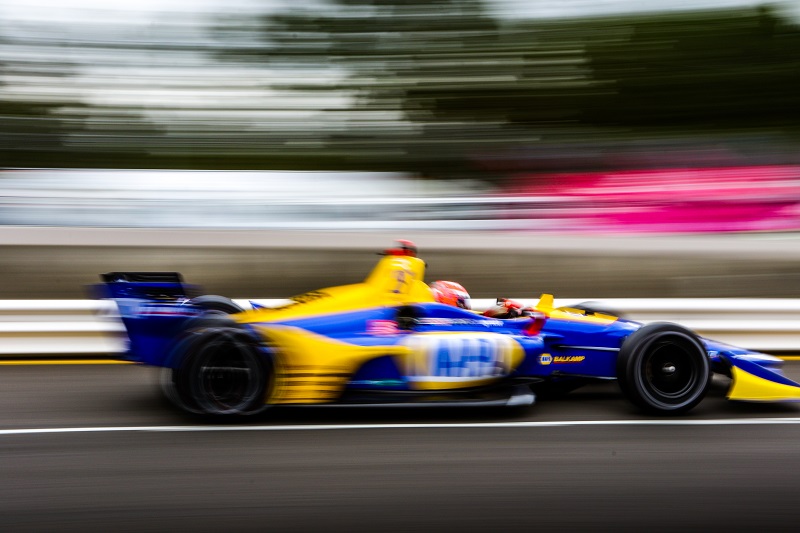 With a two-week break, the team heads back to Indianapolis to reset and prepare for the season finale in Monterey, California. The Firestone Grand Prix of Monterey will go green on Sunday, September 22, with coverage of the championship race on NBC beginning at 2:30 p.m. ET.