Ron Capps may not have triumphed behind the wheel of his patriotic NAPA Intrepid Fallen Heroes Fund Funny Car at the NHRA New England Nationals, but the world champion driver’s strong weekend jumped him from sixth to fourth in the NHRA Mello Yello Countdown to the Championship Funny Car standings. 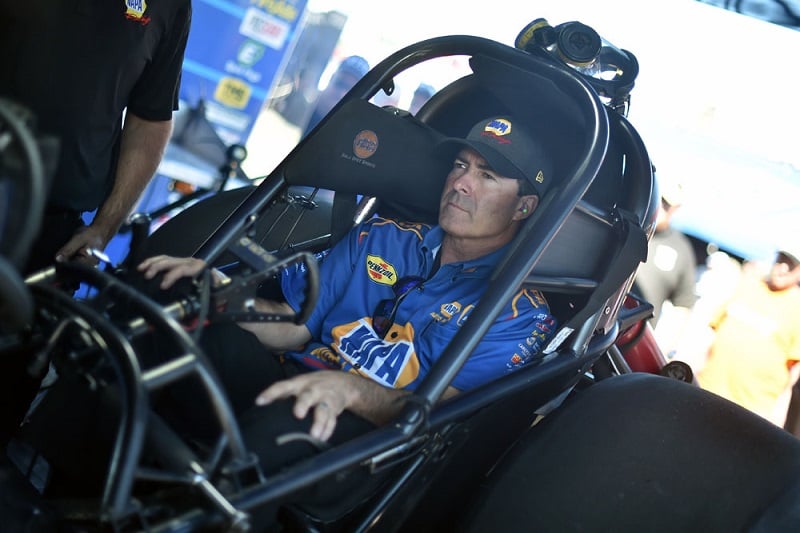 Capps drew a tough opponent in round one, lining up next to points leader Courtney Force. He ousted Force with a straight-down-the-track 4.083-second at 306.19-mph run, halting Force’s chances at adding to her large points lead. 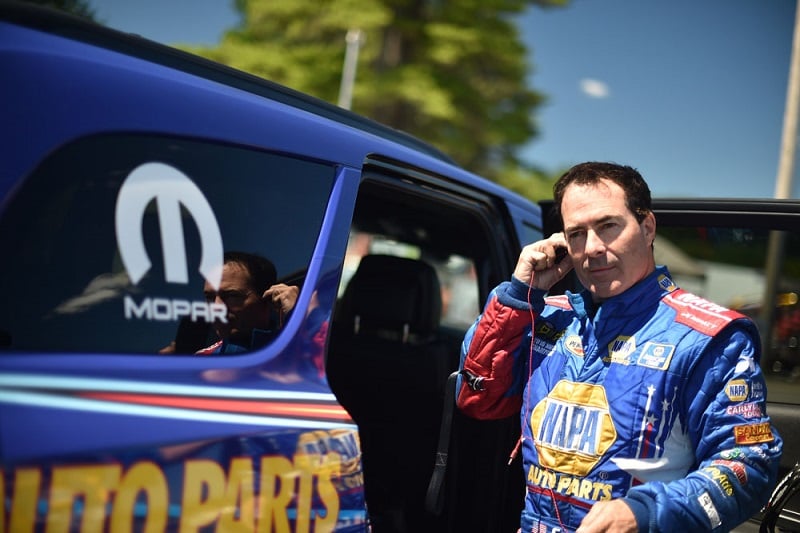 Despite experiencing the parachutes of his Funny Car popping out early, Capps was still able to send home another John Force Racing driver, Robert Hight, in the quarterfinals.

The two-time Epping winner recorded a solid 4.122-second at 311.20-mph pass in the semifinals but could not stop teammate and event winner Matt Hagan. 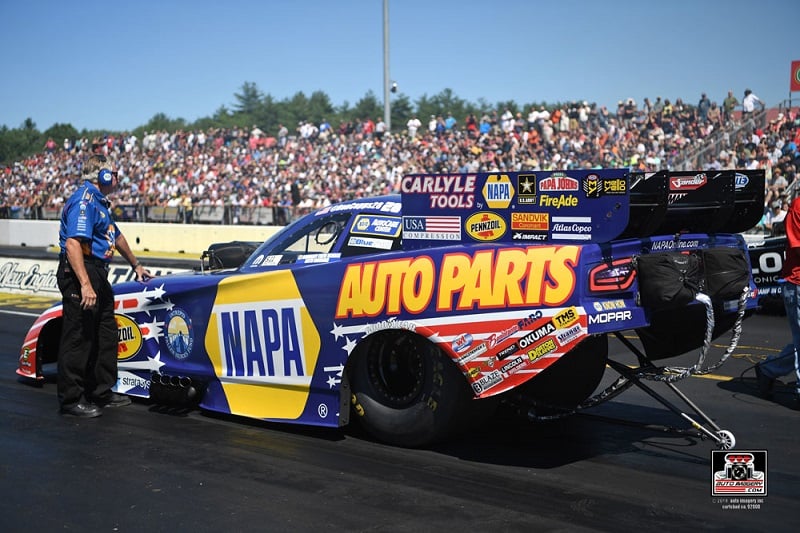 “We got the chance to put the NAPA Intrepid Fallen Heroes Fund Dodge in the winner’s circle before, and it felt like we were going to get there this weekend,” said Capps. “We certainly had our work cut out for us when we looked at the ladder after Saturday Q4 was over because our side of the ladder was stacked. We had to go through some of the best cars we’ve seen all season. We got lucky a few of those rounds. These rounds in the summer are important, and we’re making progress in the NAPA car. 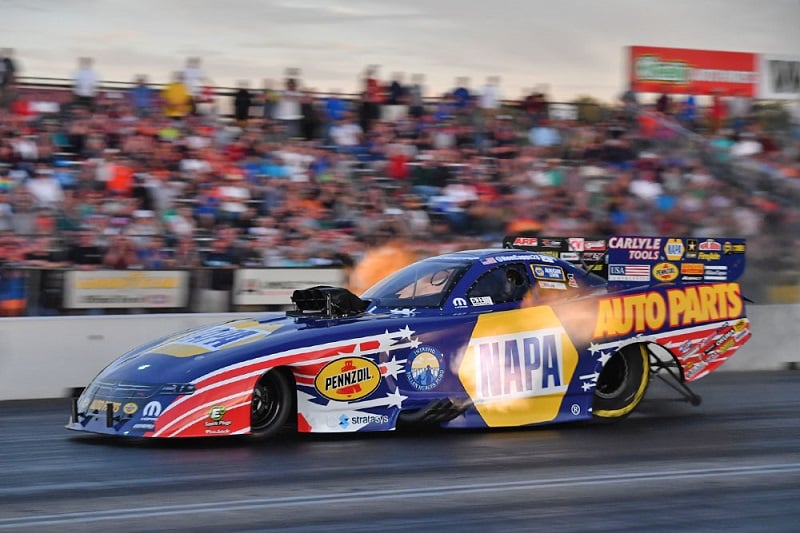 “We’re going to head to Denver now, and we ran great there last year. We made up some ground on the points leader, and we leave here with everything in one piece, so all is good in our camp. Looking forward to the West Coast swing, with a lot of races on the FOX network.” 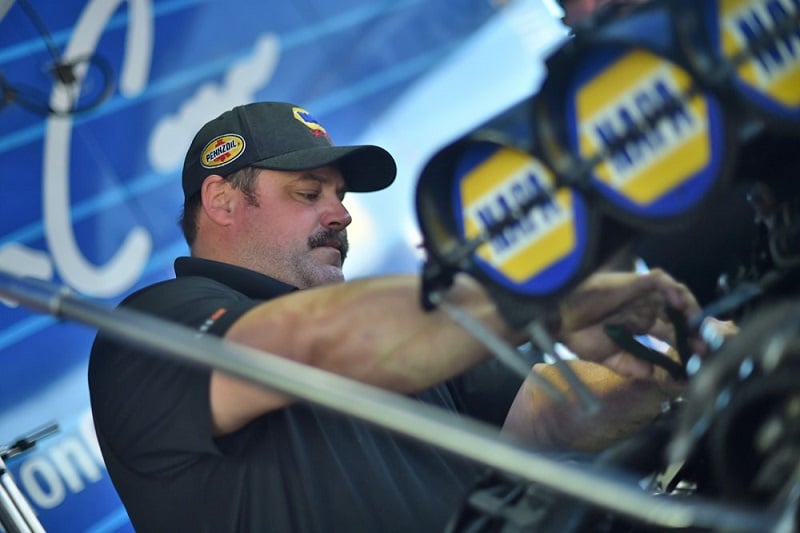