The first week of June took the NAPA AUTO PARTS No. 49 team from the Midwest to kick off the first leg of the World of Outlaws Sprint Car Series’ Northern Tour. Beginning in Grand Forks, ND, the World of Outlaws was scheduled to race at River Cities Speedway, a track that, over the years, has always provided an entertaining show. 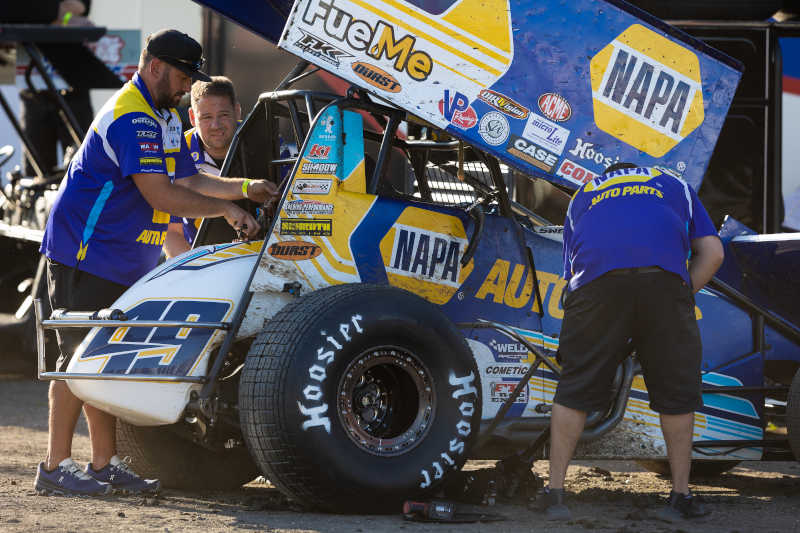 Friday evening, twenty-eight cars signed into the World of Outlaws competition, where Brad Sweet drew the 18th pill for qualifying. The track was still a bit wet during hot laps, but as the cars worked the moisture into the racing surface, lap times quickly began to improve. The NAPA No.49 went out for qualifying and stopped the clock at 9.845 seconds, which placed him seventh overall. Sweet was then slated to start third in Heat Race #1. 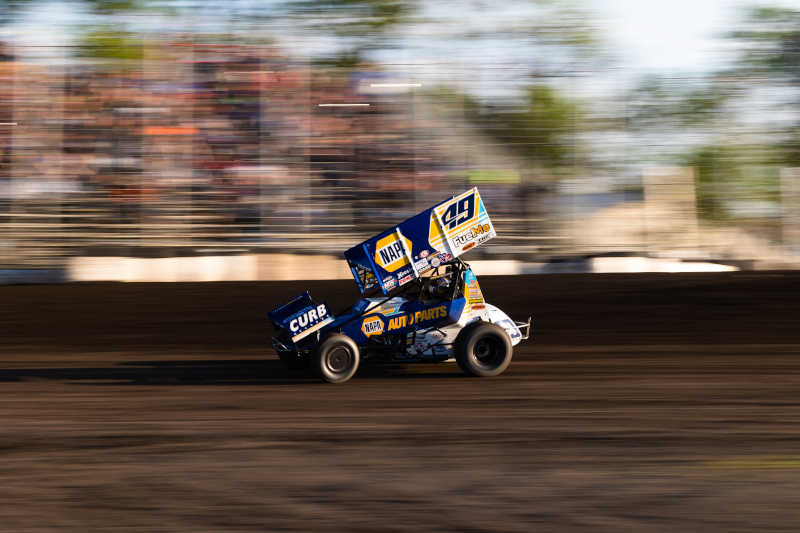 After taking the green flag in heat race competition, the track was bullet fast. Because of the pace, all the cars were roughly going the same speed. The No.49 made endless efforts to make his way to second but couldn’t get there this early on. The Big Cat crossed the checkered in third place, which was an automatic transfer to the A-main. 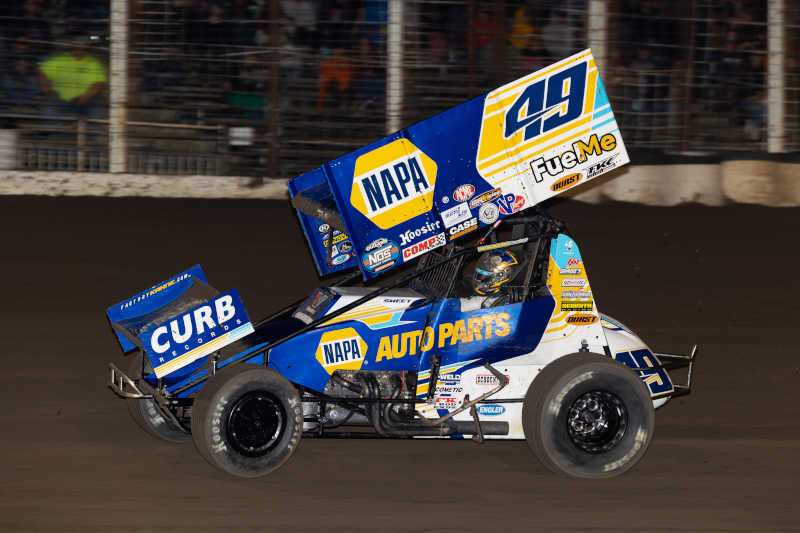 Starting P7, the NAPA AUTO PARTS No.49 was ready to take on the 35-lap A-main event. With Sweet’s sights set on claiming the trophy, the No.49 was a rocket. The track provided a tacky surface which was perfect for an action-packed A-main. Immediately off the start, Sweet quickly claimed two spots, which moved him up to fifth position. With seven laps down and multiple grooves on the surface, the Big Cat made a move to pass his KKR boss, Kasey Kahne. The leaders quickly caught the tail of the field. 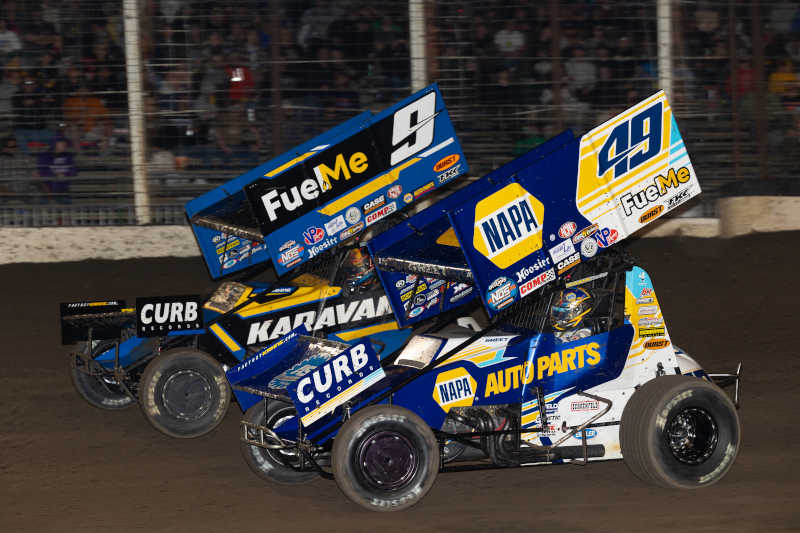 With heavy traffic, the NAPA No.49 was dicing through competition while moving closer to third place. With a caution and a red flag back to back, Sweet was looking to make his gains on the restart. Sweet gave it everything he had with only 13 laps left in the feature. Once the green dropped, he stalked second place; when the moment was right, he went for it, claiming the second position. Making gains towards first place, Sweet ran out of time, officially bringing the No. 49 home in second place. 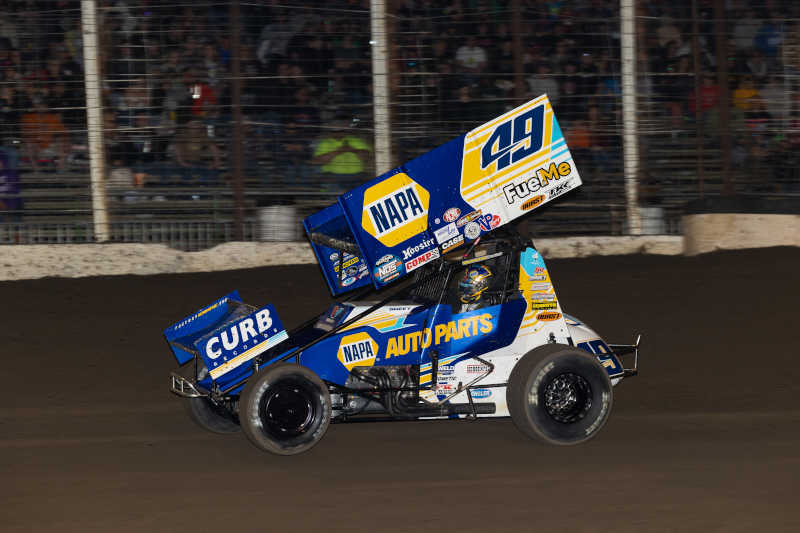 Sunday, the World of Outlaws Sprint Car Series was scheduled to race Huset’s Speedway in Brandon, SD, where six days prior, a severe storm ripped through and caused significant damage to the speedway. The Huset’s staff and partners worked 24/7 to get the track ready for racing action, but on the day of the race, showers proceeded on and off, forcing them to postpone the event until June 22nd.