After a strong performance over the weekend in Arizona with a win and second-place finish, Brad Sweet claims a narrow points lead in the World of Outlaw championship standings.

The World of Outlaws Sprint Car Series made a two-night stop in Arizona on Friday and Saturday night. Friday night saw the series at USA Speedway in Tucson, Ariz., where Brad Sweet and the NAPA AUTO PARTS team claimed their first World of Outlaws win of the season. 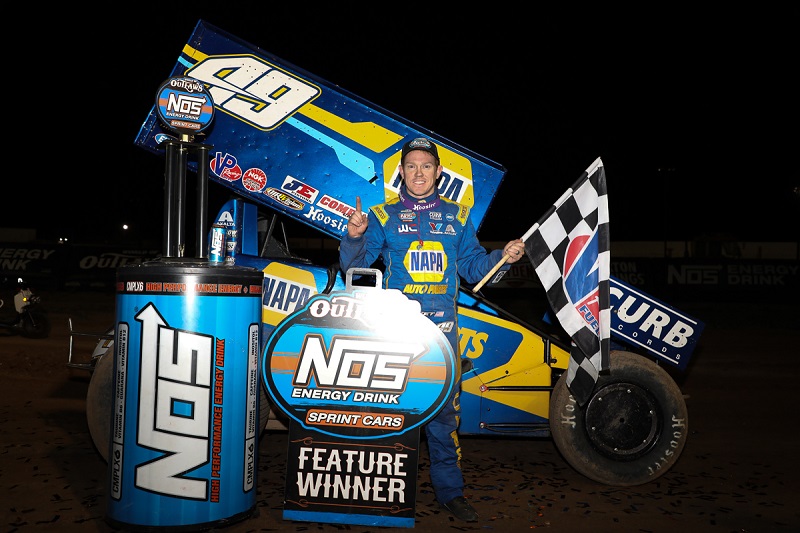 Before the feature, Sweet kicked off the night by posting the fifth-fastest qualifying time. The No. 49 team went on to finish second in their heat and sixth in the Fast Cash Dash, which set the starting order for the 30-lap feature later in the evening. 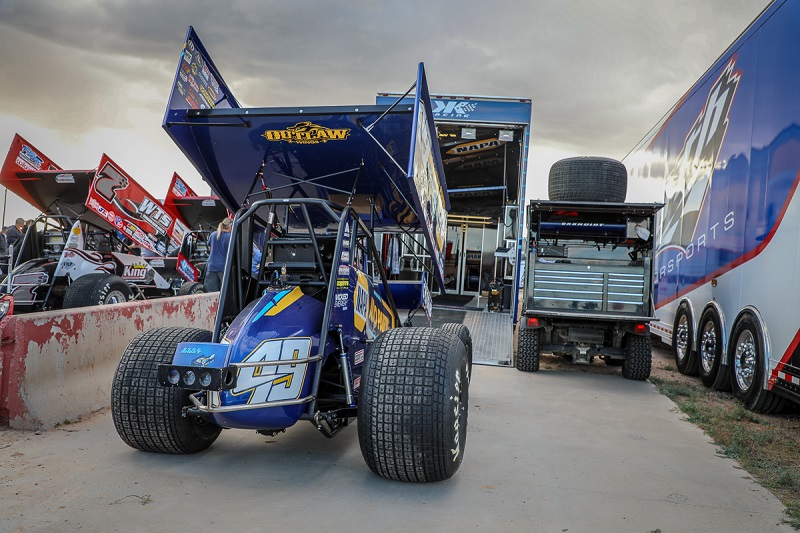 When the green flag dropped for the feature, Sweet quickly worked his way up from his sixth-place starting position into the second position. Early leader Ian Madsen caught lapped traffic about halfway through the race, allowing Sweet to close, take the lead, and then drive away in the closing laps.

“I was just kind of lucky to get through a few of those guys, just mistakes in lap traffic and we were in the right spot to capitalize,” said Grass Valley, Calif., native Sweet. “The car was super fast, and we took advantage of all of our opportunities.” 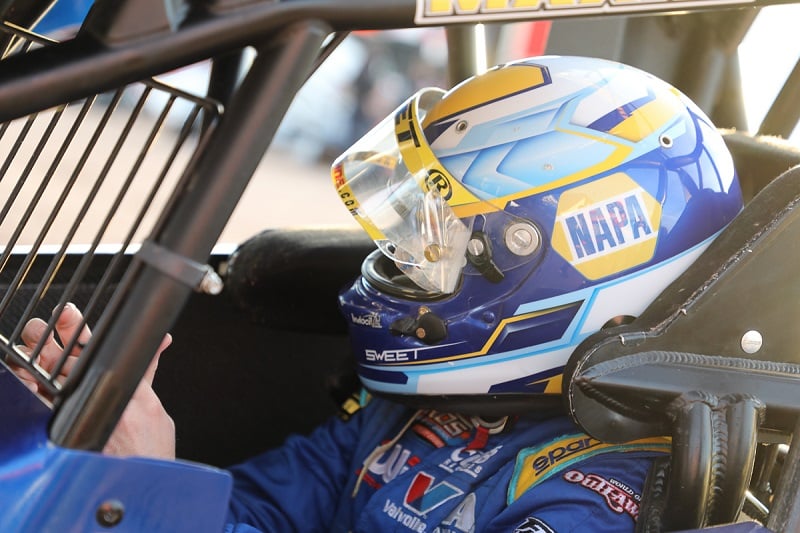 On Saturday night the series moved to Arizona Speedway in Queen Creek. Sweet narrowly missed setting a new track record during qualifying, turning a blistering lap of 12.452 seconds around the 1/3 mile, high-banked oval. 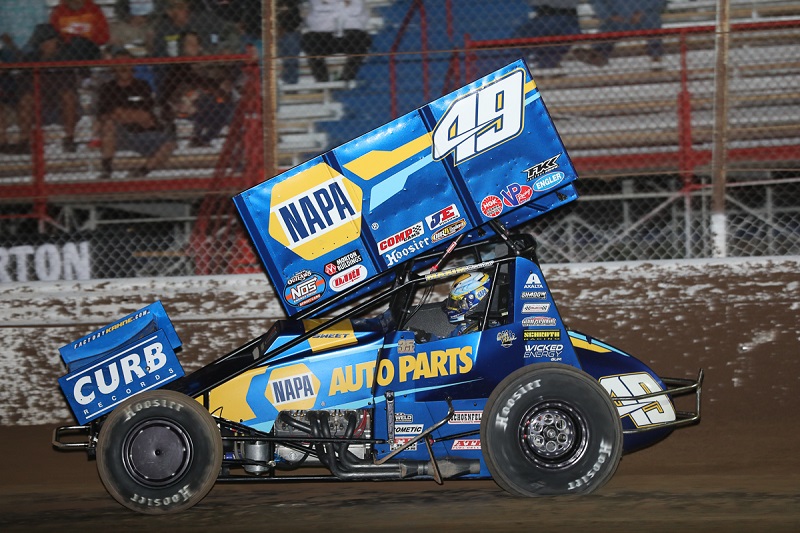 After qualifying, Sweet won his heat and finished second in the dash. He started the 30-lap feature in the second position and engaged in an intense battle with Ian Madsen, David Gravel, and Sheldon Haudenschild for the lead for most of the race.

For the second consecutive night, lapped traffic played a factor with the leaders as Sweet and Madsen once again battled side-by-side for the lead while working through the lapped cars. 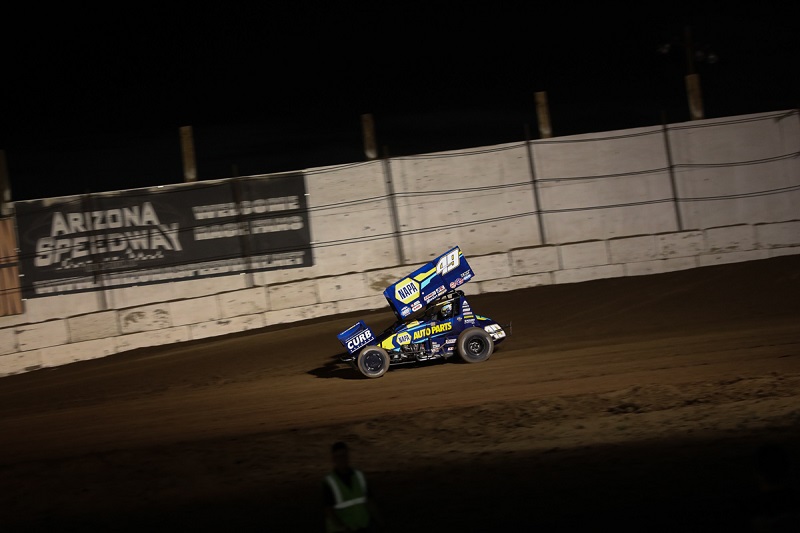 Sweet was able to take the lead from Madsen. David Gravel followed suit, but also snuck by Sweet to grab the top spot from the No. 49 car. The lead never changed hands again, and the NAPA AUTO PARTS team crossed the finish line in the second position.