The “Month of Money” began on Monday June 21st at Huset’s Speedway in Brandon, S.D. With five races in eight nights and over $100,000 on the line, Brad Sweet and the Kasey Kahne Racing (KKR) No. 49 team unloaded at the 3/8-mile facility aiming to cash in. 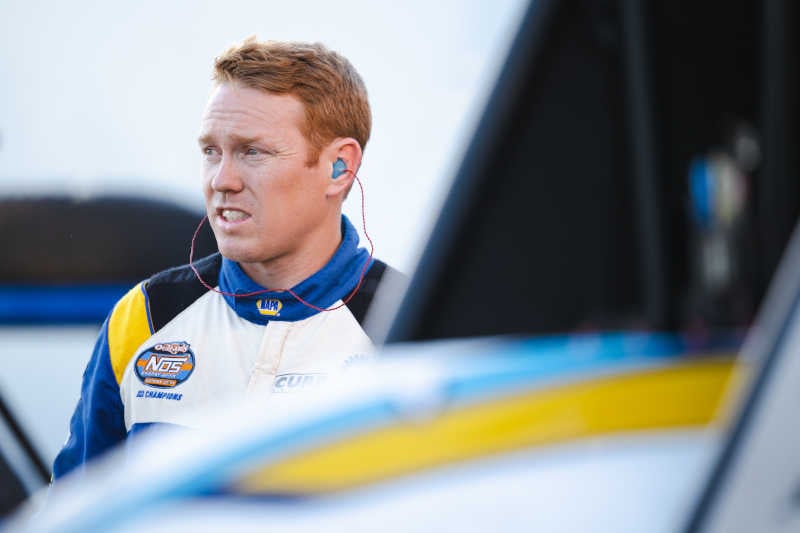 The team started off Monday night qualifying with a lap of 10.764 seconds, which put the Eric Prutzman-led team third overall in flight A out of 43 cars. Sweet started second in the first Drydene heat race and went on to transfer into the Fast Pass Dash with a second-place finish. 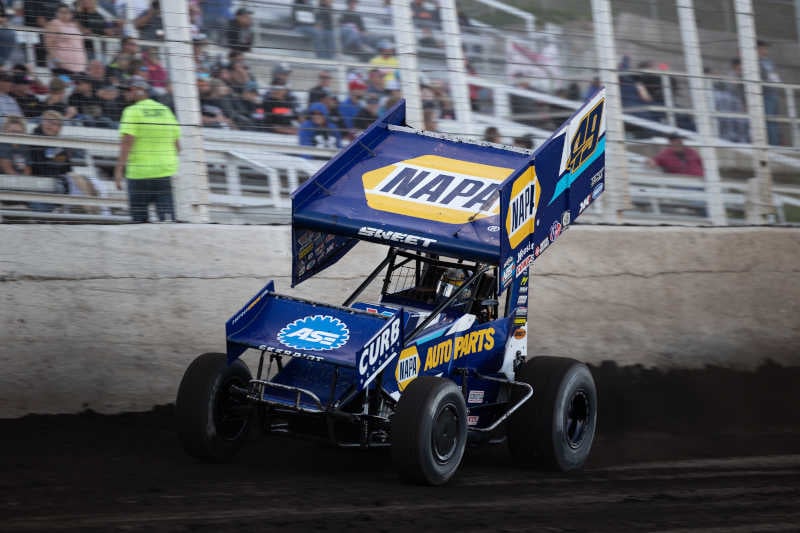 Sweet started sixth in the Fast Pass Dash and finished fourth after eight laps around the high-banked bull ring. After an intense battle early on in the 35-lap main event, Sweet came home in fourth place in his series-leading 21st top-five finish of the season. 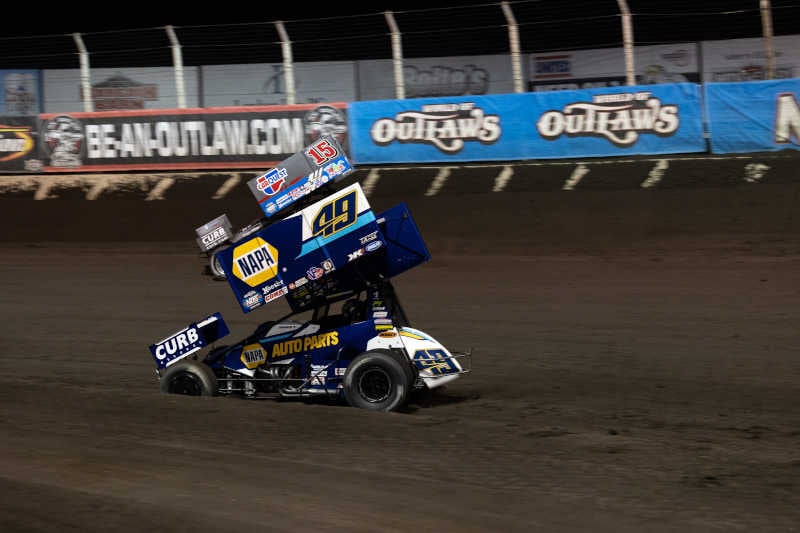 Night two brought in 41 cars for World of Outlaws competition. The Grass Valley, Calif., native clocked in fifth overall in flight A with a lap time of 10.716 seconds. The NAPA AUTO PARTS No. 49 rolled out third for heat race action and went on to win after ten laps, transferring him into the Fast Pass Dash for the second night in a row. Sweet drew the sixth starting spot out of the NOS Energy Drink can and finish in that position. After 50 laps of racing with $30,000 on the line, Sweet and the KKR, NAPA AUTO PARTS No. 49 came up just shy of the win, bringing home a solid, second-place run. 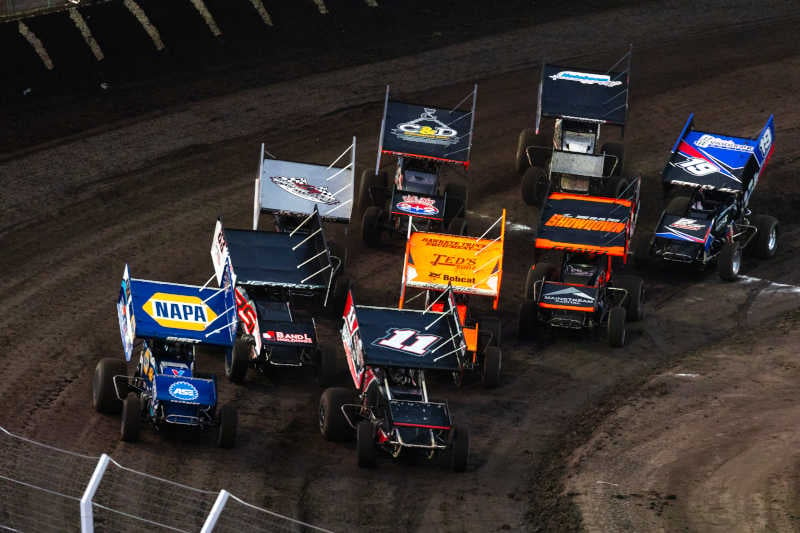 Thursday night kicked off three nights of racing at Jackson Motorplex for the 43rd Annual AGCO Jackson Nationals. Sweet came into the event as the winningest driver in World of Outlaws history at the Jackson Motorplex. A unique format was used for the event with 36 cars signed in for night one. The No. 49 NAPA AUTO PARTS car stopped the clock at 12.934 seconds, qualifying fourth overall. With an eight-car invert for heat race competition, that put the current World of Outlaws point leader starting eight in the fourth Drydene heat race. After  ten laps around the speedway, the KKR No. 49 team finished second, ranking Sweet highest in points going into the Fast Pass Dash with 192 points. Sweet went from eight to seventh in the Fast Pass Dash after six laps of competition. The NAPA AUTO PARTS No. 49 ended up starting and finishing seventh in the main event. 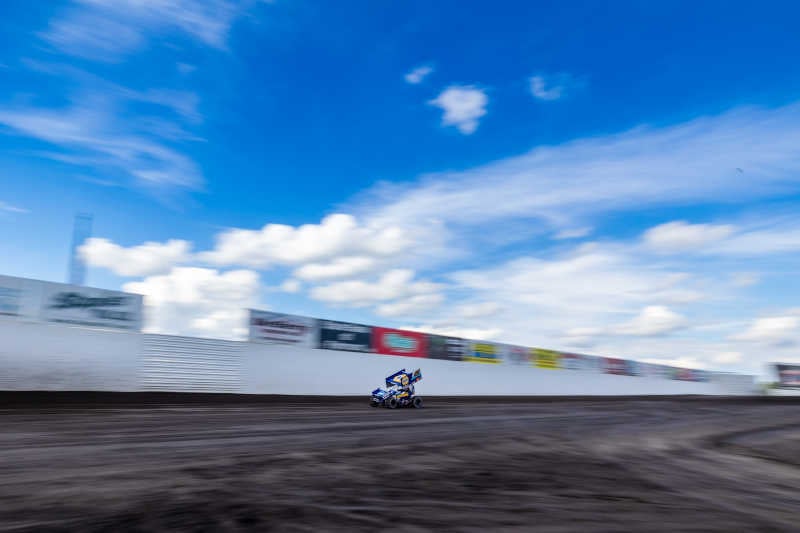 Sweet came into Friday night’s action sitting third in AGCO Jackson Nationals points. With 35 410 Sprint Cars in attendance, the KKR No. 49 went out late in the qualifying order, timing in 11th overall with a lap time of 13.039 seconds. Due to the eight-car invert, Sweet rolled off sixth in the third heat race, crossing the finish line in second. The team sat first overall in Jackson Nationals points after heat race competition. Sweet rolled out fifth for the six-lap Fast Pass Dash to determine his starting spot for the main event. The NAPA AUTO PARTS car went onto finish third in the dash, where they would later start from in the main event. After 30-laps around Jackson Motorplex, Sweet came home fourth and locked himself into the King of the Hill for Saturday night’s Jackson Nationals finale. 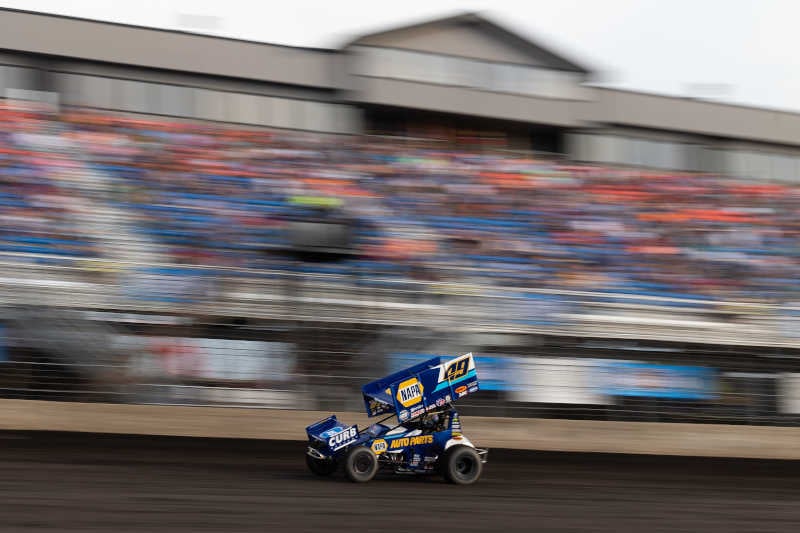 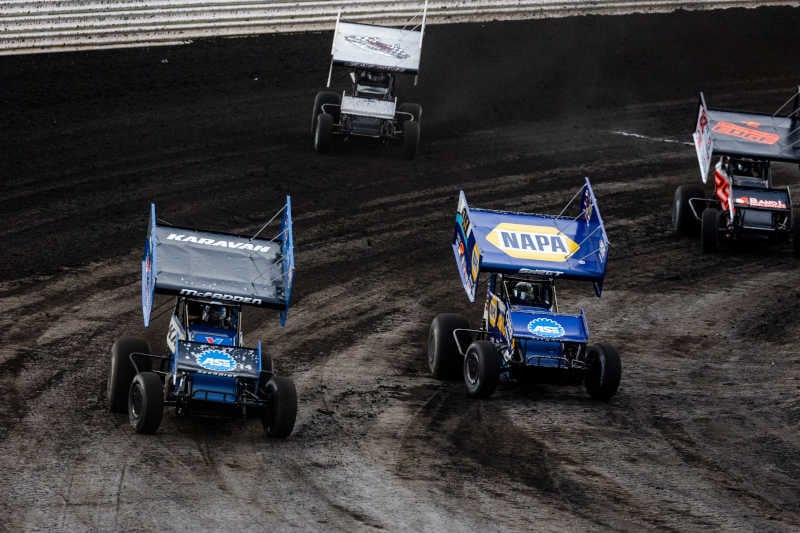 The No. 49 car went into the finale tied for second in overall points and a chance to run the King of Hill Qualifying. Sweet found himself qualifying in the second King of the Hill round, where he put down a lap time of 13.179 seconds. That put him third-quick overall in that group, not quite enough to move onto the third round. The NAPA AUTO PARTS, KKR No. 49 started fifth in the $50,000 to win finale, coming home a couple spots shy of the big prize with a third-place finish. 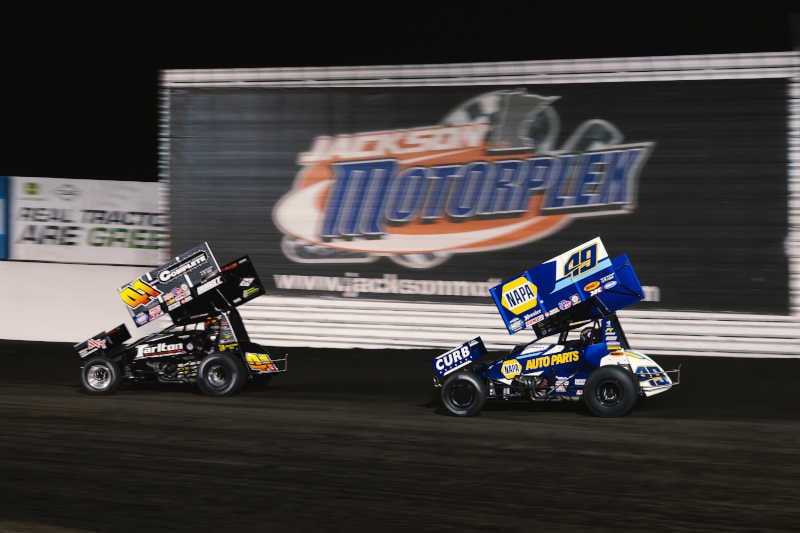 Looking ahead to next weekend, the World of Outlaws travel to Cedar Lake Speedway for two nights of racing in New Richmond, Wisc., Friday and Saturday night. In 2019 Sweet and the NAPA AUTO PARTS No. 49 swept the weekend, pocketing a cool $40,000 payday.