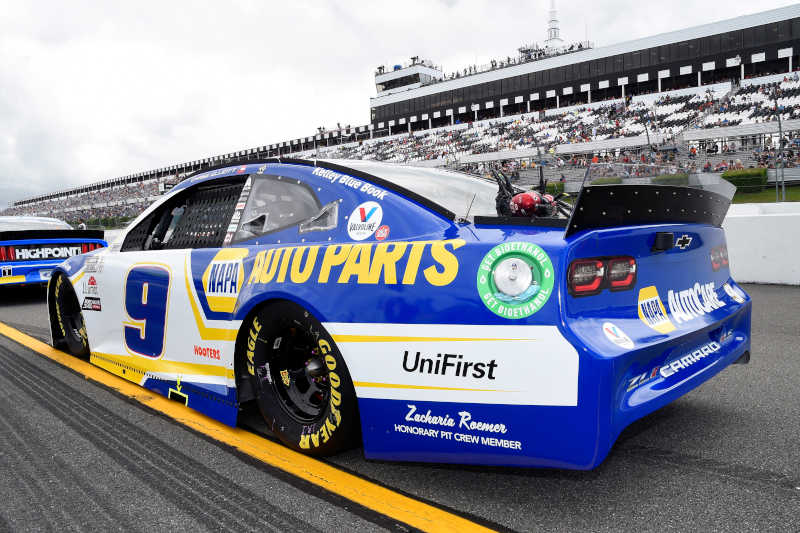 Elliott started ninth on Sunday afternoon at Pocono Raceway after the top-20 finishers from Saturday’s race were inverted. He slipped a few positions at the start and was 13th when the first yellow flag waved on lap 2. The driver of the No. 9 continued to run inside the top 15 until he was called to pit road late in stage one as part of the team’s strategy. Elliott was credited with 32nd at the end of Stage 1, but he moved into the top ten after staying on track while many leaders pitted between stages. 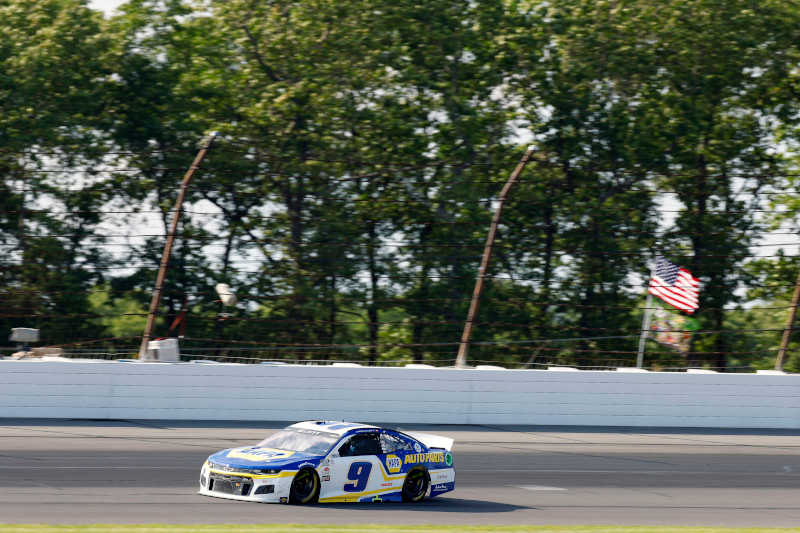 He restarted eighth on lap 36 and broke into the top five on lap 46. The NAPA driver continued to charge forward and edged his way into third at the halfway point of the event before making a scheduled green-flag pit stop on lap 71 for four tires, fuel, and a chassis adjustment. After the pit stops cycled through, Elliott was scored fifth, where he would finish the second stage. 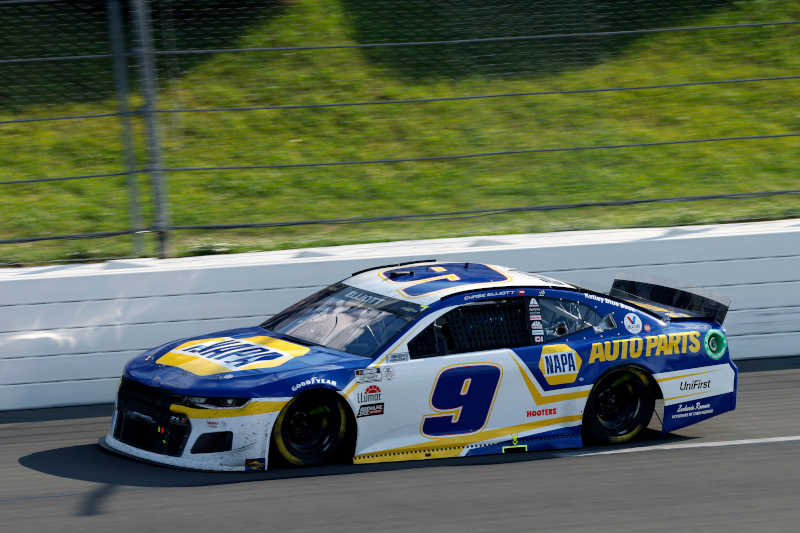 The No. 9 team opted not to pit between stages and Elliott restarted in the outside lane to begin the final stage. He quickly moved back into third but suffered damage to the nose of his NAPA Chevrolet Camaro ZL1 1LE after being sandwiched between two cars as the field raced towards turn one on the restart. Elliott recovered, but on lap 98, the No. 9 Chevy slipped in turn three and bumped the No. 20 car. The contact caused Elliott’s right-front tire to go flat and forced him to make an unscheduled pit stop. After pitting for fresh tires, Elliott had another tire go flat and he returned to pit road on lap 106. He spent the remainder of the afternoon trying to pick off positions and finished the race in 27th.