As the NOS Energy Drink World of Outlaws Sprint Car Series season winds down, the championship point battle between Brad Sweet and Donny Schatz is staying red hot. “The Greatest Show on Dirt” made their final stops of the season in Kansas and Missouri on Friday and Saturday night, and by way of a pair of top-five finishes, the Kasey Kahne Racing No. 49 NAPA AUTO PARTS team retains a 32-point lead in the standings in the closest points battle in World of Outlaws Series history. 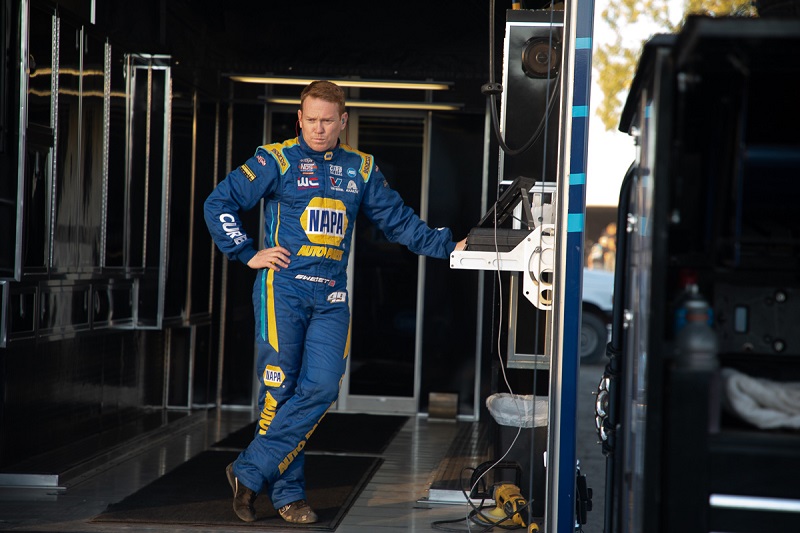 On Friday, Lakeside Speedway in Kansas City, Kan., was on tap. Located just seven miles north of NASCAR track Kansas Speedway, team members from Hendrick Motorsports as well as many other Monster Energy NASCAR Cup Series teams visited the 4/10-mile track to take in the action.

Pulling a late qualifying draw, Sweet earned the seventh-fastest lap of the night. Starting second and finishing second in his heat, the Grass Valley, Calif., native earned a spot in the DIRTVision Fast Pass Dash. He started eighth and moved up to sixth in the six-lap sprint, which gave the No. 49 team the sixth starting position for the 30-lap feature. 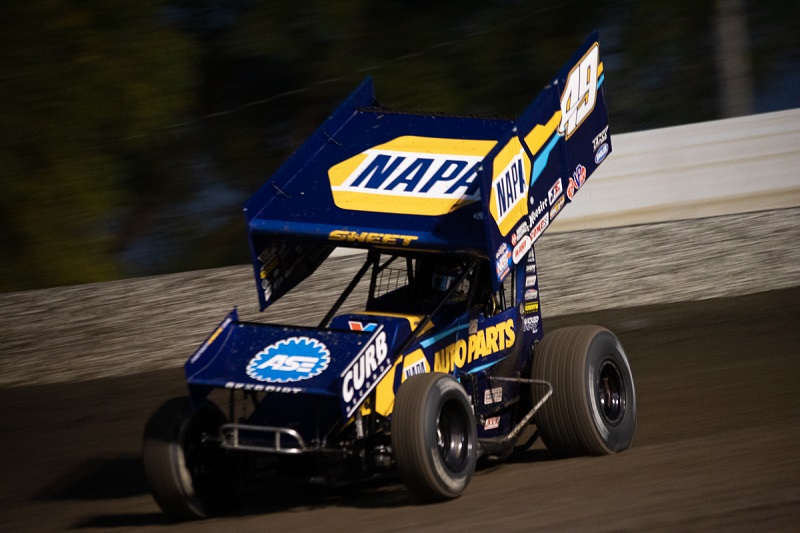 Sweet settled into the sixth running position at the drop of the green flag in the feature. Track conditions were fast and wide, allowing drivers to find speed in multiple grooves. On lap three, the first caution of the night fell, bunching the 24-car field up for a restart.

Working the top groove, Sweet quickly found himself in a side-by-side battle for fifth with championship rival Donny Schatz . Two laps later, Sweet worked his way to the fourth position and quickly challenged Logan Schuchart for the fourth spot. Unable to make the pass, Sweet settled back into fifth, and within the next few laps, the set up on the No. 49 machine began to fade.

On lap nine, an open red flag condition fell over the speedway, allowing crew members to make adjustments on the cars as officials cleaned up debris from a multi-car crash. Crew chief Eric Prutzman and team made slight adjustments to Sweet’s car, which allowed Sweet to march back toward the front of the field when the race resumed.

Restarting ninth, Sweet immediately powered his way up to the sixth position in a three-wide move through turns 1 and 2. Another caution fell two laps later, allowing Sweet an outside starting position on the ensuing restart. 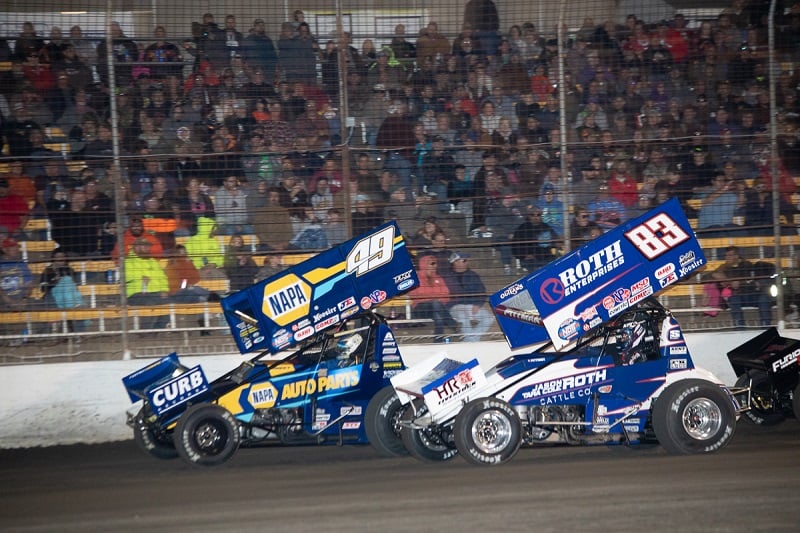 Sweet maneuvered his way to the top five, where he remained until seven laps to go. He then caught competitors Brian Brown and Daryn Pittman and challenged for the third and fourth positions. With the remainder of the race staying green and with four laps to go, Sweet worked his way past Pittman for third, where he remained at the checkered flag on lap 30.

“We’re happy with a podium run,” Sweet said after the race, “We were just a little bit off and fighting a few things. We’ll take a podium with the NAPA AUTO PARTS car and move on to tomorrow night.”

The following night the series visited Lake Ozark Speedway in Eldon, Mo., a 166-mile journey west along US-50. Sweet went out early in qualifying, and with very fast track conditions, eight cars posted times quicker than the previous track record. Lining up on the outside of the second row and finishing fourth in his heat race gave the No. 49 team the 12th starting position for the 41-lap feature later in the evening. 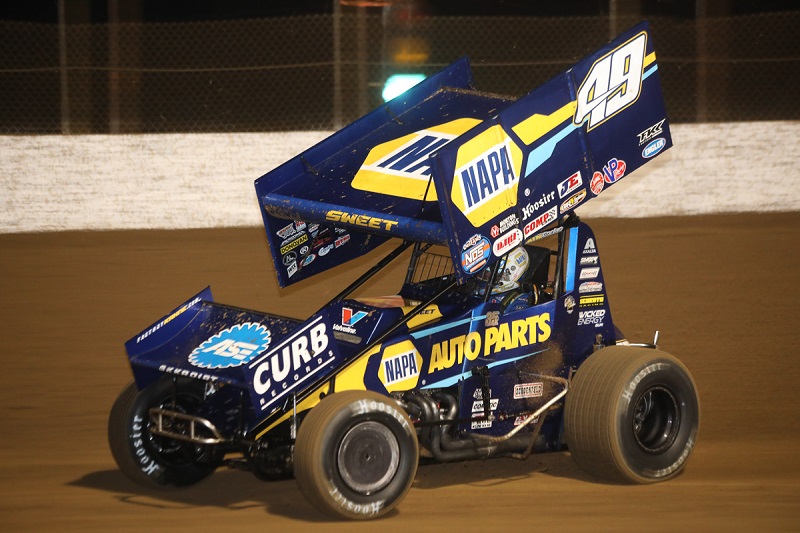 As the feature went green, Sweet quickly advanced up to tenth, and when the first caution flag of the night fell on lap 14, “The Big Cat” found himself in the ninth position. Another caution fell just a few laps later. On the subsequent restart, Sweet slipped out of the top ten back to 11th .

Continuing to battle in heavy traffic, Sweet remained just outside the top ten when the red flag flew on lap 24. When the race resumed, the No. 49 NAPA AUTO PARTS machine rocketed up to the sixth position and, over the closing laps of the race, Sweet worked his way into the top five, crossing the checkered flags in fourth. 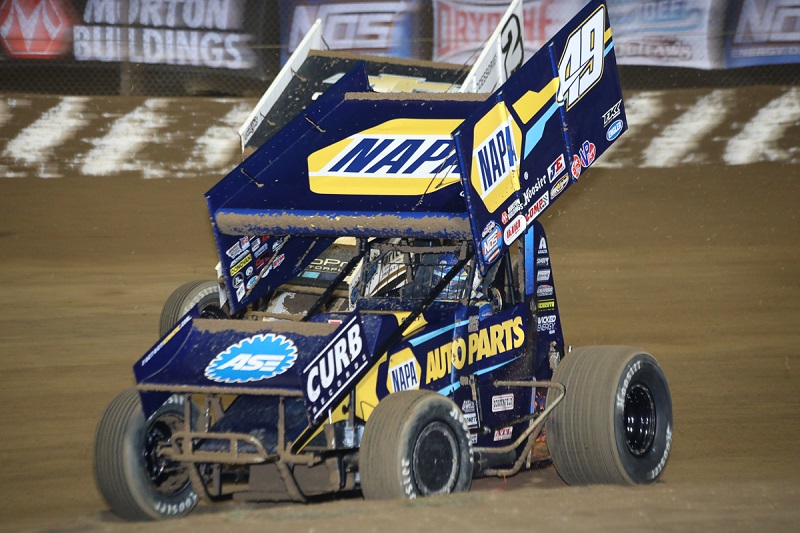