The NAPA AUTO PARTS Kasey Kahne Racing (KKR) No. 49 team traveled to Florida for the prestigious DIRTcar Nationals at Volusia Speedway Park. For three eventful nights, Brad Sweet chased the famed gator trophy. The Sunshine State didn’t quite live up to its name at the beginning of the week, dumping buckets of rain over the area, causing cancellations throughout the week and leaving a very rough track service for the Outlaws first night out Thursday. 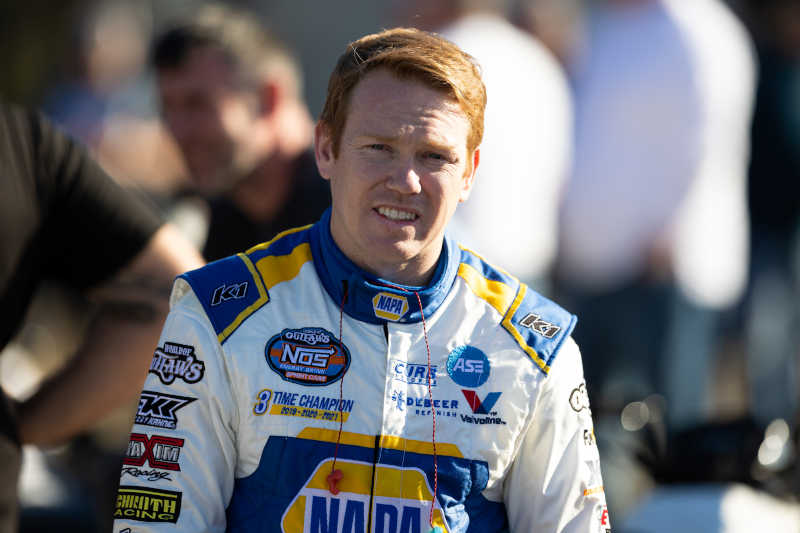 Sweet qualified 12th on Thursday with a lap time of 14.196 seconds, setting him up to start third in his heat race. He held that position from the drop of the green flag to the wave of the checkers. He missed out on the Fast Pass Dash by one position but secured his ticket to the main event, where he started 12th. 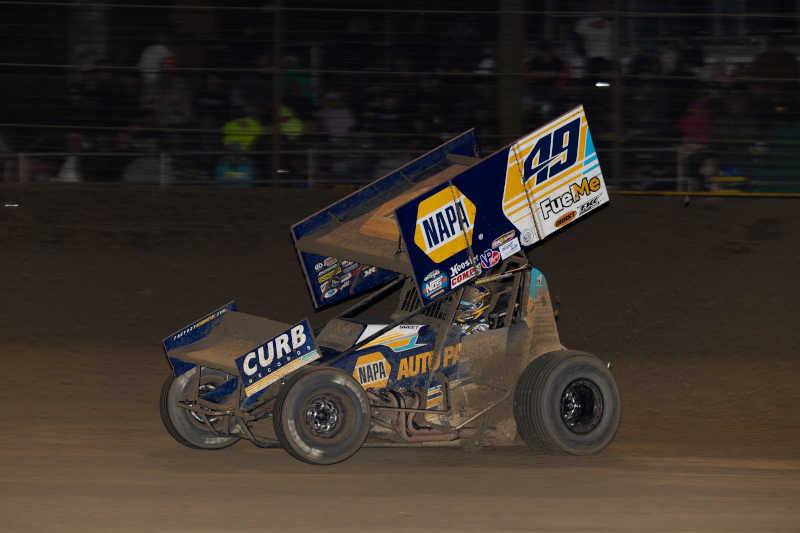 Sweet drove his NAPA AUTO PARTS car up to sixth and held that for several laps before beginning to fall back and, with only a few laps to go in the 25-lap feature, Sweet brought out a caution for slowing on the inside of the track. He made his way to the work area, where the crew dug seemingly endless amounts of mud from the front end. The water-soaked track was soft with many holes, leading to what Car Chief Joe Mooney estimated was 300 pounds of mud packed at Brad’s feet. After clearing what they could, Brad fought back in the last five laps to cross the line in 16th. 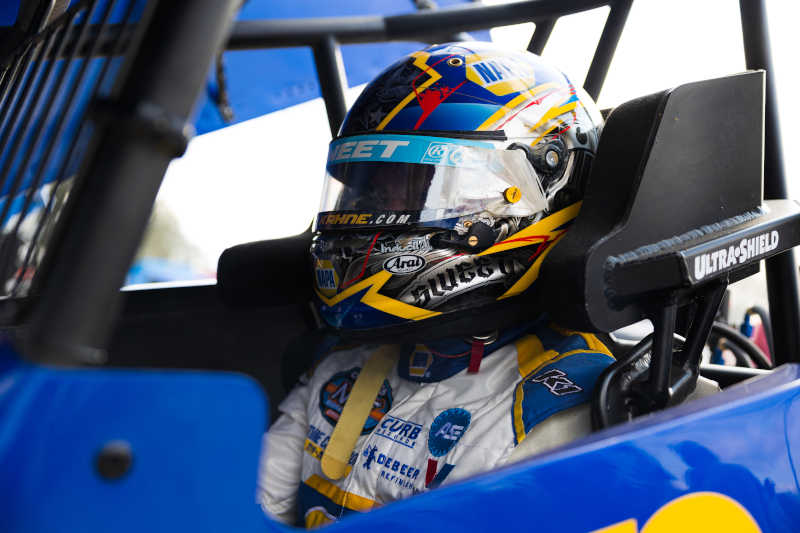 On Friday, the track surface looked much better and proved to be after Brad qualified second with a 13.927-second time, just 0.011 seconds behind the QuickTime winner. He started on the pole in his heat race and led all eight laps to secure his spot in his first Fast Pass Dash of the season. Sweet, unfortunately, drew a starting position of eighth, but he hard-charged up to fourth in just six fast laps. 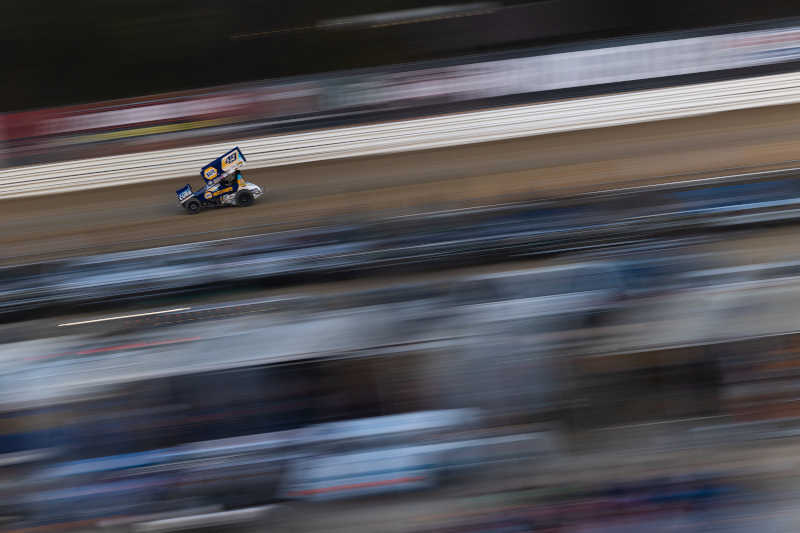 The No. 49 lined up fourth for the 30-lap feature, where he called home for most of the first 21 laps. He led laps 22-28, but the second and third place competitors were right there to test Sweet when lapped traffic became a factor. The last two laps were “edge of your seat” racing which, even after Sweet finished third, proved an exciting race for No. 49 team fans.

“Wow, that was a really fun race,” Sweet noted afterward. “You hate to come up short, but Sheldon (Haudenschild) and David (Gravel) did a phenomenal job. I struggled as I got to traffic with my pace and couldn’t get off turn two as well as them. These last five to seven laps are what wins and loses races in this series. I was searching, and that’s not a feeling you want late in the going. We’ll get better for tomorrow.” 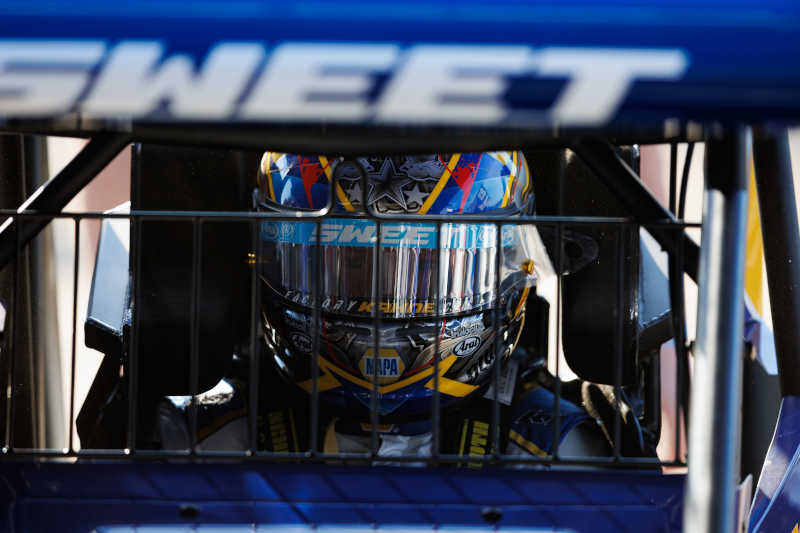 Brad Sweet and the No. 49 NAPA AUTO PARTS team headed into the final day of the DIRTcar Nationals with a fire burning from the excitement of Friday’s race. He qualified better than Friday with a 13.914-second lap, but six other drivers also picked up their pace, so Sweet settled for seventh quick. Keeping with the pattern of finishing where he started in his heat races, Brad started and finished second on the final day. The No. 49 started fourth in the Fast Pass Dash and passed one car, setting himself up for a third-place start in the feature. 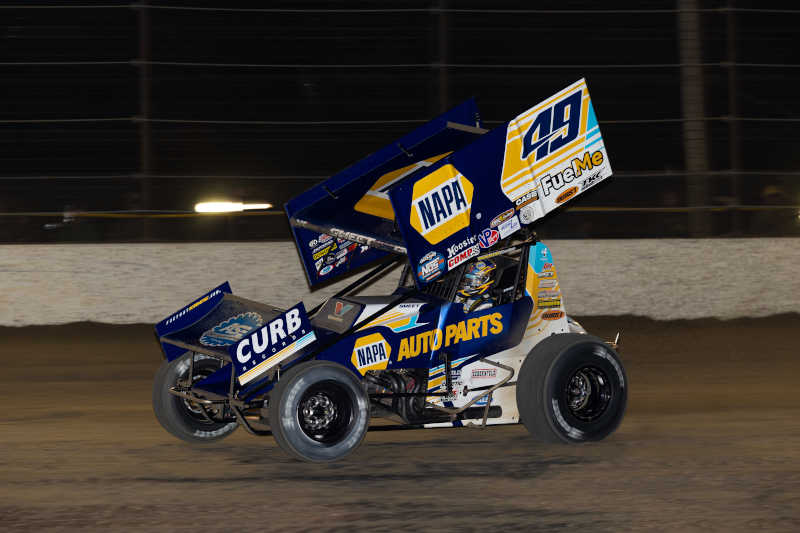 Saturday’s feature was calmer than Friday’s, which was probably best for the team’s heart rates. Brad came home with a fifth-place finish after the 30-lap main event. The first weekend on the road was a quick reminder that anything can and will happen in racing. The team has a weekend off before heading to Mississippi on February 25th.