Brad Sweet and the NAPA AUTO PARTS Kasey Kahne Racing (KKR) team rolled into Iowa over the weekend for a doubleheader at the famed Knoxville Raceway. With five victories there and a coveted Knoxville Nationals Championship to his name, Sweet is no stranger to the half-mile track. 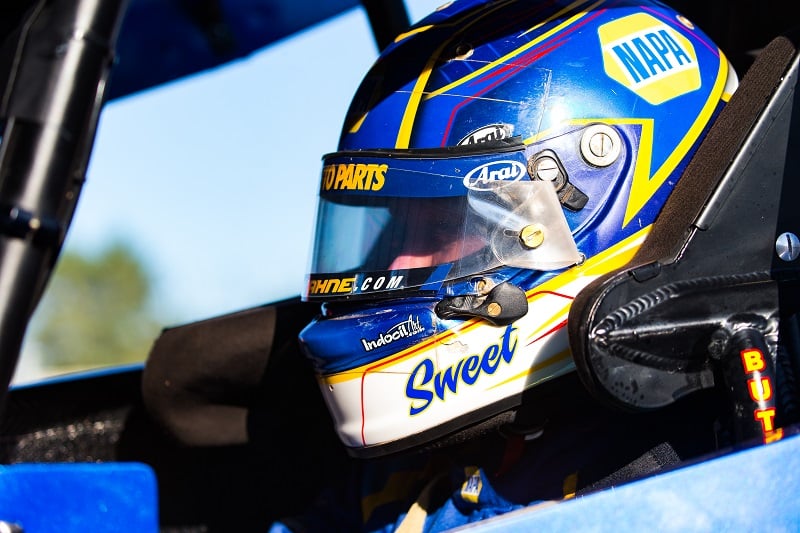 The No. 49 team approached the weekend looking to improve upon their ninth-place finish from last month’s event at Knoxville Raceway. They had an uphill battle on their hands after qualifying in the 15th position on Friday night. The qualifying effort lined them up in the eighth position for their heat race. Sweet drove his way to a fifth-place finish in his heat, transferring the No. 49 car to the A-main with an 18-place starting position. The KKR driver was able to capture a 12th-place finish in the 30-lap feature, but overall the team struggled to make passes throughout the race. Sweet’s 12th-place finish marked the first time that the 34-year-old driver has finished outside of the top-ten this season. 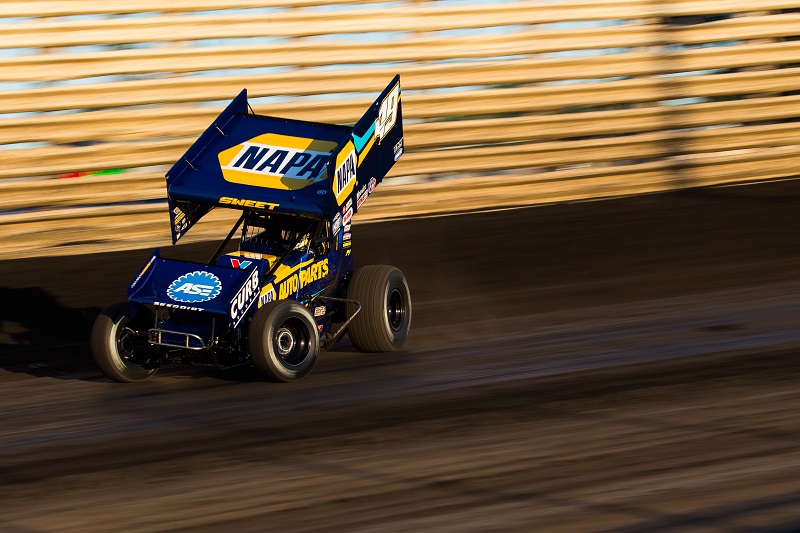 The World of Outlaws returned to Knoxville Raceway on Saturday, where the No. 49 team made positive adjustments from the night before. Sweet laid down a 15.896-second lap around the half-mile track, giving the team a fourth-place qualifying result. After securing a second-place finish in both the Fast Pass Dash and his heat race, Sweet started Saturday’s 30-lap feature on the front row, beside pole-sitter Daryn
Pittman. 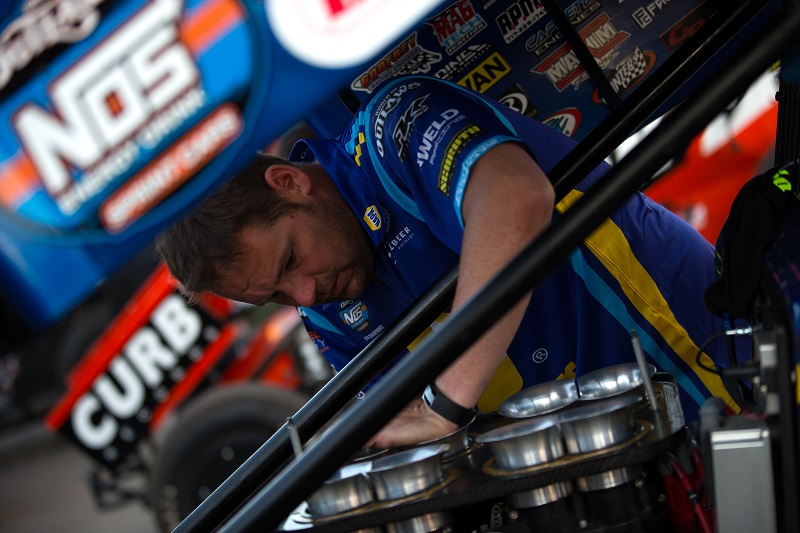 When the green flag flew, Pittman pulled away from the field, leaving Sweet to settle into the second position. Nine laps into the feature, the No. 49 had fallen back a few spots and was battling Brian Brown for the third position when the caution flag came out for leader Pittman. Sweet restarted third and maintained that spot until he was able to take the second-place position away from Brown on lap 16. Sweet then went to work battling his brother-in-law Kyle Larson for the lead, but ultimately had issues navigating lapped traffic on the final laps of the competition. Sweet came away with a runner-up finish at Knoxville Raceway. 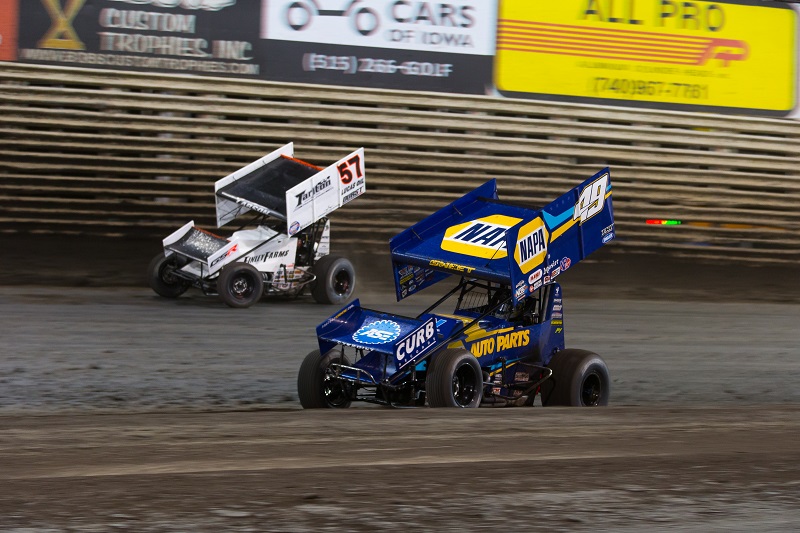 “We had a great race car tonight compared to where we were last night,” remarked Sweet. “Our NAPA AUTO PARTS team dug deep and made some great changes. Kyle [Larson] did a great job there at the end. He runs the car on the ragged edge and makes it work to get by lapped cars. Overall we made some big gains this weekend and have some great notes that will help us here in the future.” 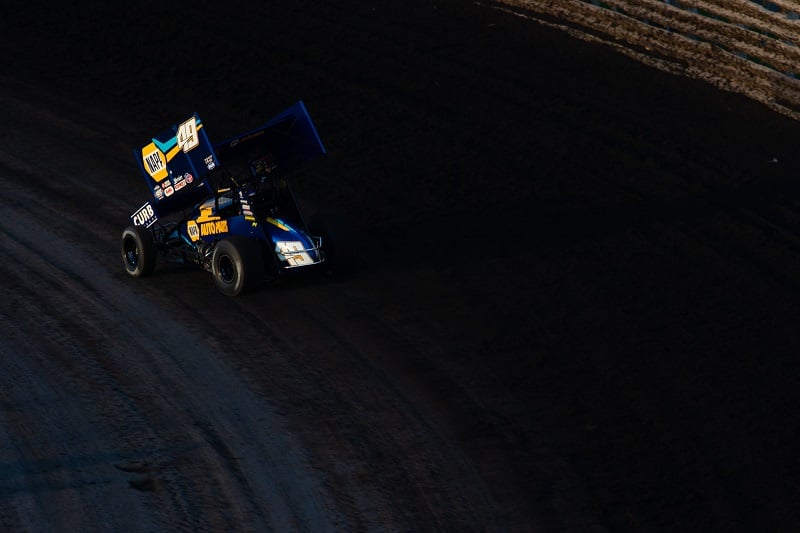 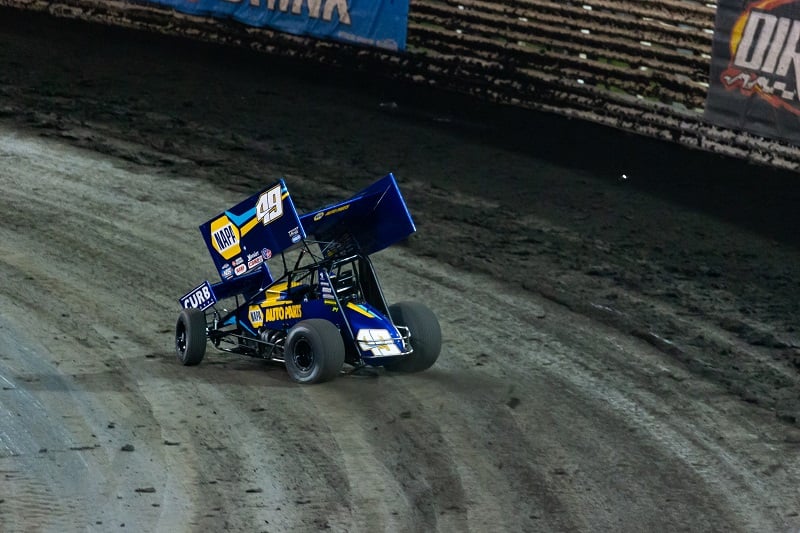 The World of Outlaws NOS Energy Drink Sprint Car Series will be back in action this weekend, June 19-20, at Tri-State Speedway, where the series will run its first doubleheader weekend at the track in Haubstadt, Indiana. Saturday’s feature will be televised live on the CBS Sports Network for the first time in series history. The broadcast will go live at 9:00 pm, ET.

Next Race: June 19-20, Tri-State Speedway, Haubstadt, Indiana
How to Watch or Listen: www.dirtvision.com