The past weekend saw the World of Outlaws NOS Energy Drink World of Outlaws Sprint Car Series hold three events in three days, kicking off on Thursday at 34 Raceway in Burlington, Iowa. Brad Sweet and the Eric Prutzman-led No. 49 team unloaded fast and qualified fourth-quickest with a lap time of 12.911 seconds. Sweet started second in the first, eight-lap Drydene heat race, where he crossed the finish line in second, transferring him into the Fast Pass Dash. 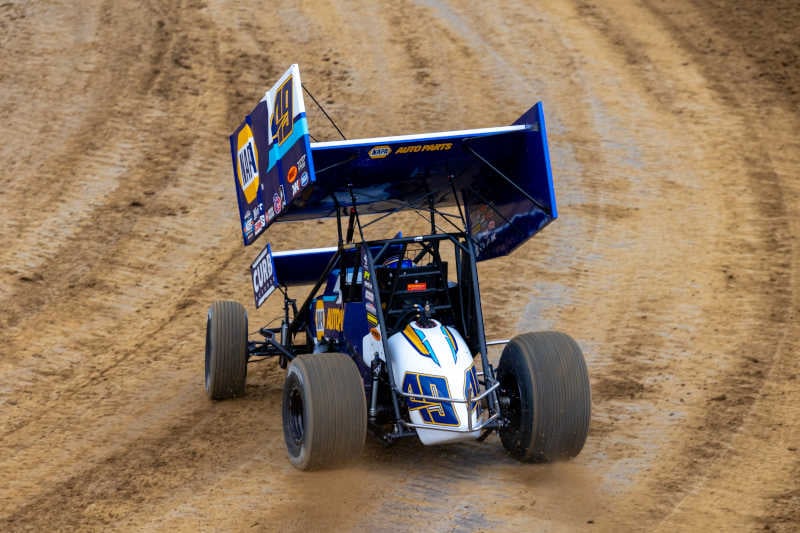 Sweet drew the number four pill for his starting position in the Fast Pass Dash, where he finished third after six laps. The Kasey Kahne Racing (KKR) No. 49 started third in the 30-lap main event; he settled into second-place early. By the 16th lap, Sweet caught the leader, Carson Macedo, and took the lead off turn four with a bottom-to-top of the track slide job. Sweet went on to lead the remainder of the race and earned the team’s tenth win of the World of Outlaws season. 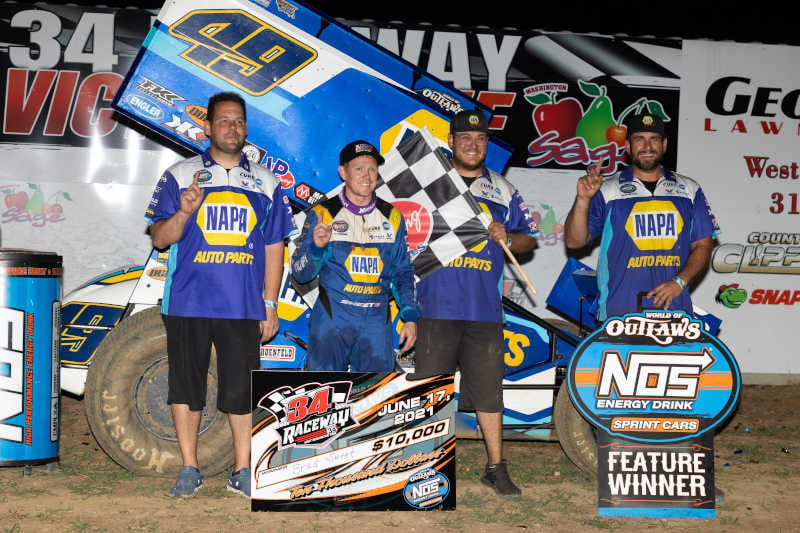 The following night, the series headed to Dubuque Fairgrounds Speedway, located in Dubuque, Iowa. Sweet and company qualified tenth, finished fourth in their heat race, and after starting tenth in the feature, Sweet battled to a ninth-place finish after sustaining damage early in the event. 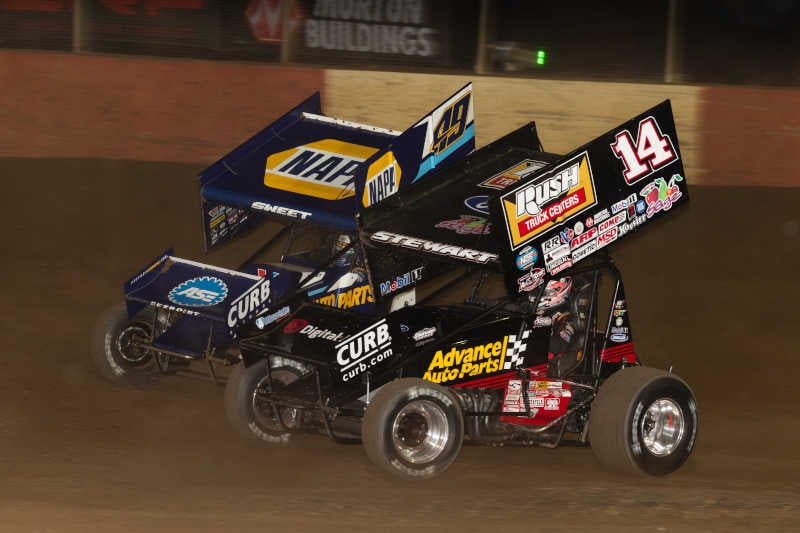 Saturday, the team traveled north to Beaver Dam Raceway in Beaver Dam, Wisconsin. The Grass Valley, California, native went out early on in the 27-car qualifying order, timing in seventh with a lap time of 11.474 seconds. The NAPA AUTO PARTS No. 49 was yet again in the first Drydene heat race of the night, starting third and finishing third, transferring him straight into the 40-lap main event. The KKR car rolled off seventh, gaining three positions to finish fourth in the main event. 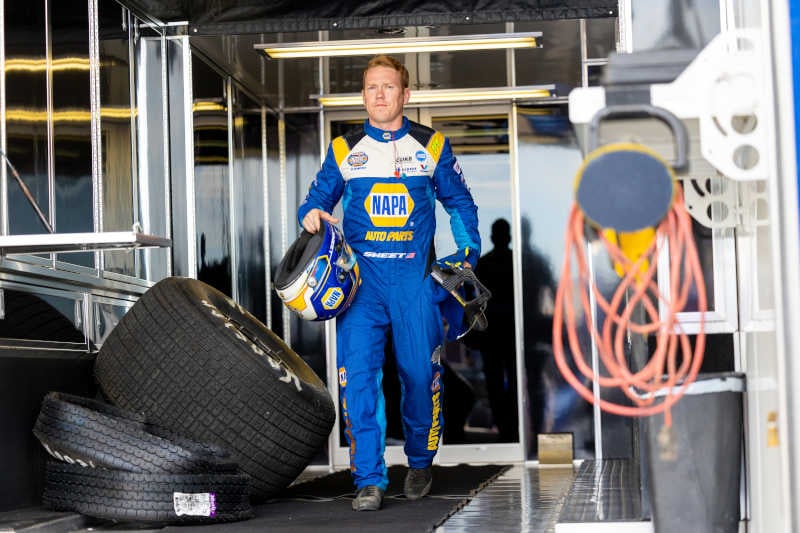 “It felt good to get our tenth win of the season on Thursday night after a challenging last month for my NAPA AUTO PARTS No. 49 team,” the driver of the NAPA AUTO PARTS No. 49 said. “We needed a few more laps or a caution towards the end of Saturday night’s race in Beaver Dam and I think we could’ve contended for the win. Overall, it was a good weekend and we are feeling confident going into a huge week of racing.” 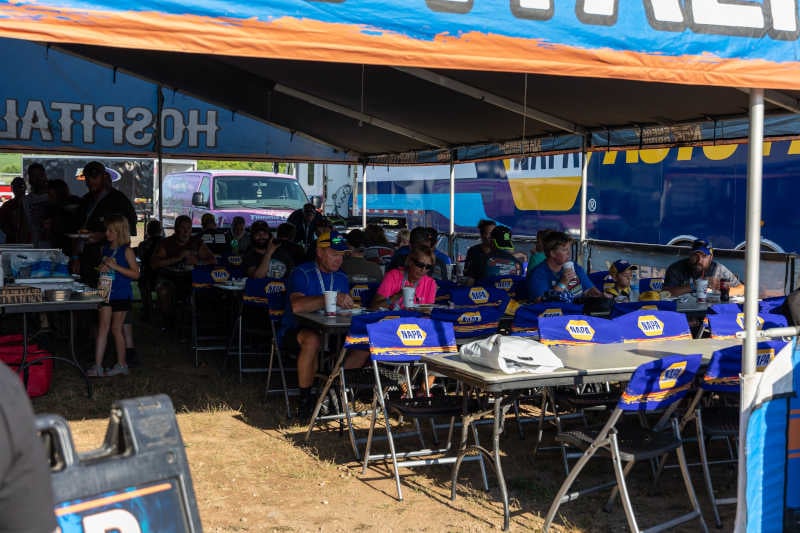 Looking ahead to a busy week of racing, the NAPA AUTO PARTS team will kick it off with two nights of racing at Huset’s Speedway in Brandon, South Dakota, on Monday and Tuesday. The series will then head east to Jackson Motorplex for the AGCO Jackson Nationals Thursday through Saturday. Sweet has found success at both tracks, picking up a win at Huset’s Speedway during World of Outlaws competition in 2016, as well at the AGCO Jackson Nationals last year.