Since 1961, the Knoxville Nationals has been a crown jewel event in sprint car racing across the globe. Once a year, the small town in Iowa is invaded with the best sprint car drivers and teams for a motorsport festival, with fan events, a parade, heat races and qualifying races all leading up to the 50-lap, $150,000-to-win feature race.

Brad Sweet won the event in 2018, and the Kasey Kahne Racing No. 49 NAPA AUTO PARTS team unloaded on Thursday with the speed to contend for another win. 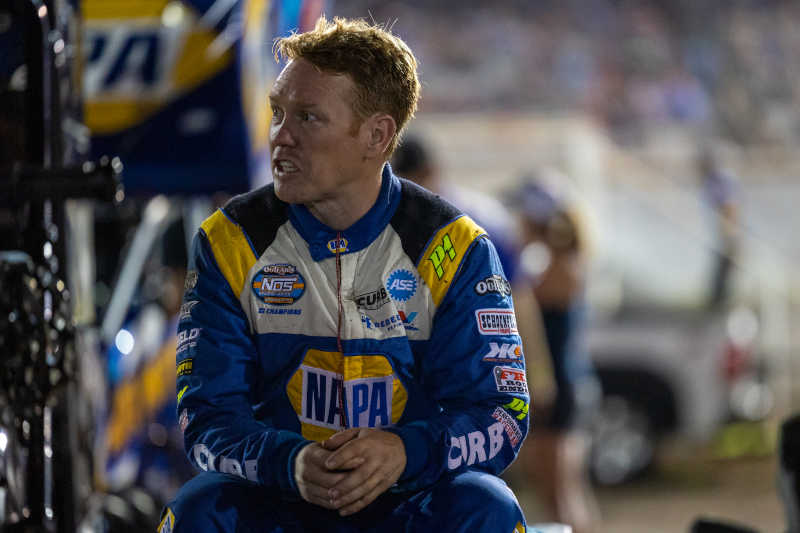 The first eight rows of the starting lineup for Saturday’s A-main feature event is set by qualifying, heat races and a feature event, beginning on Wednesday night. Each driver is scheduled to race one night; the amount of points they score on their preliminary night determines if the driver immediately qualifies for the A-main on Saturday, or if they need to transfer in through additional E, D, C, and B-mains. 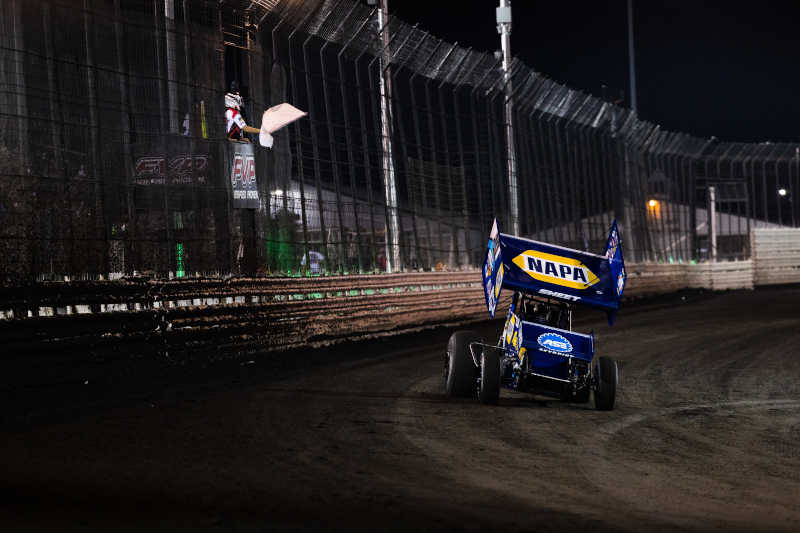 Sweet and his Eric Prutzman-led team had an outstanding prelim night by qualifying third, advancing four spots in his heat race to finish fourth, and moving up from his seventh starting spot to finish fourth in his prelim feature. The effort ultimately earned the team the second-most points during the prelim nights and a front-row starting spot of the 60th-annual Knoxville Nationals.

After a public autograph session, a parade, and a 100-person NAPA hospitality Q&A, Sweet rolled off for the feature starting in the second position. 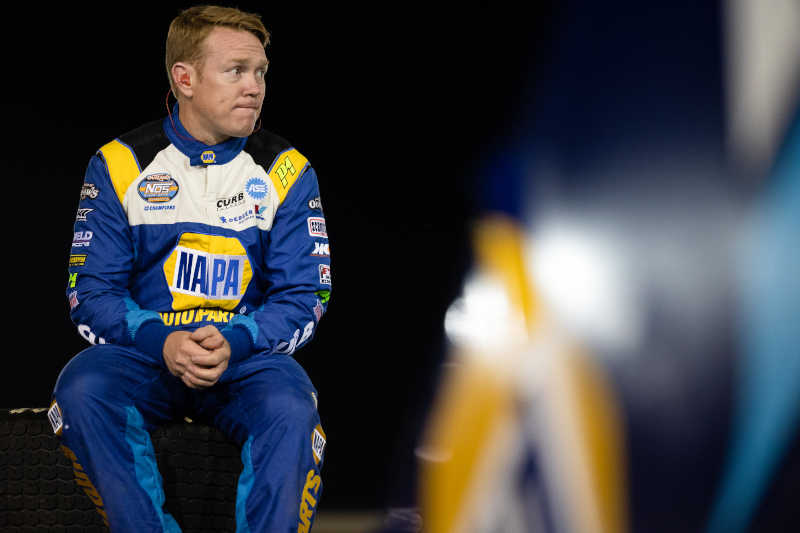 As the green flag flew, Sweet slipped back to sixth in the running order. The Grass Valley, Calif., native quickly battled back to the fifth position, then took fourth by lap ten. The top five cars battle wheel-to-wheel, searching for speed from the bottom of the half-mile track to the top lane. 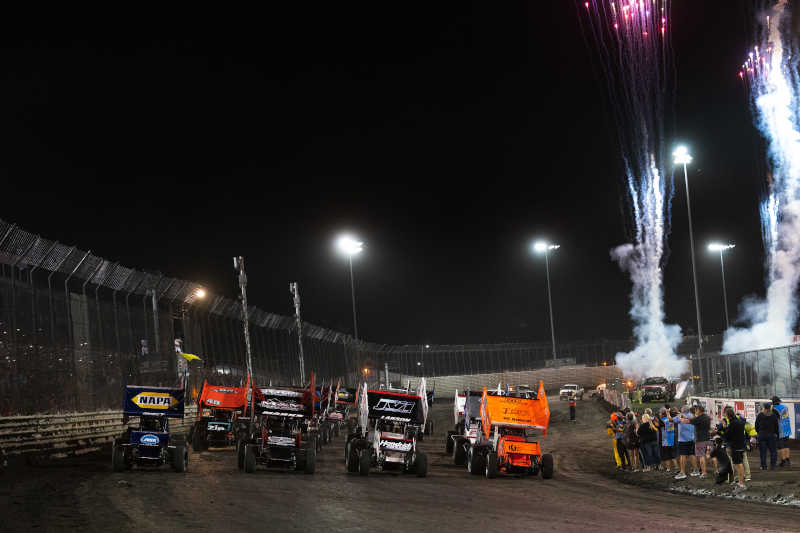 On the 25th lap of the race, Sweet found himself running sixth in the order as the caution flew for the halfway break. The NAPA team went to work on the No. 49, with fuel, adjustments and tires for the final 25-lap stint of the event. 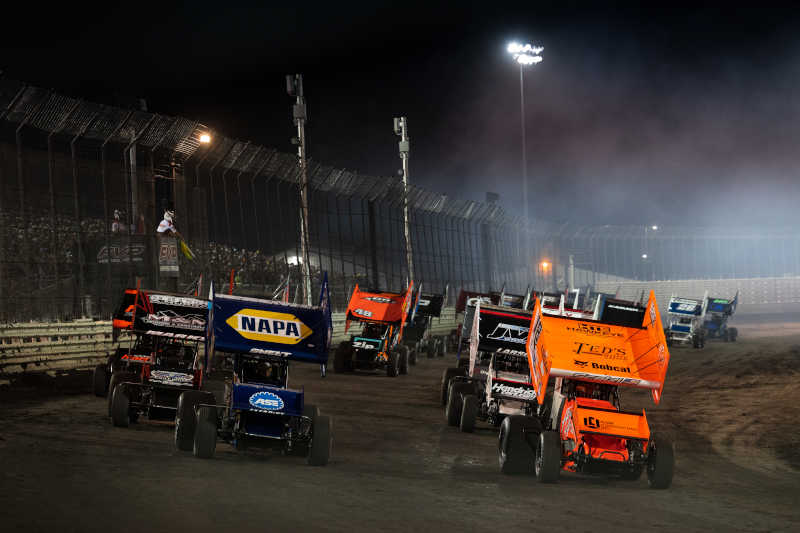 On the ensuing green flag, Sweet battled with pole-sitter Gio Scelzi and David Gravel for the fifth position. As the laps wound down, Sweet methodically worked his way into the top three, chasing leader and brother-in-law Kyle Larson and ten-time Knoxville Nationals champion Donnie Schatz.

Sweet crossed the start finish line in third, earning a $37,500 payday for his podium run. 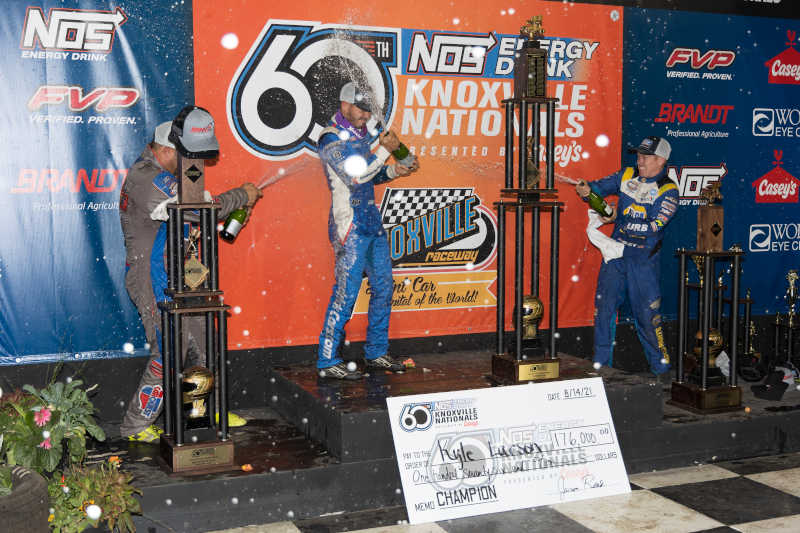 Not a World of Outlaws points-paying event, the Knoxville Nationals has no effect series championship points. Sweet and company will therefore enter Friday’s “Second Leg of the Northern Tour” event at River Cities Raceway in Grand Forks, North Dakota, retaining their 140-point lead over David Gravel, who currently holds second in points.