The World of Outlaws Sprint Car Series season came to an end this weekend following a three-day show at The Dirt Track at Charlotte in Concord, N.C. Brad Sweet and the No. 49 Ollie’s Bargain Outlet / NAPA AUTO PARTS team finished ninth on Friday night and 11th on Saturday night. Sweet closed the season placing second in the championship standings with five wins, 52 top-five, and 72 top-ten finishes.

Qualifying races for both Friday and Saturday night features where held on Thursday. Sweet came close to breaking the top ten on both nights, qualifying 11th and 12th respectively. 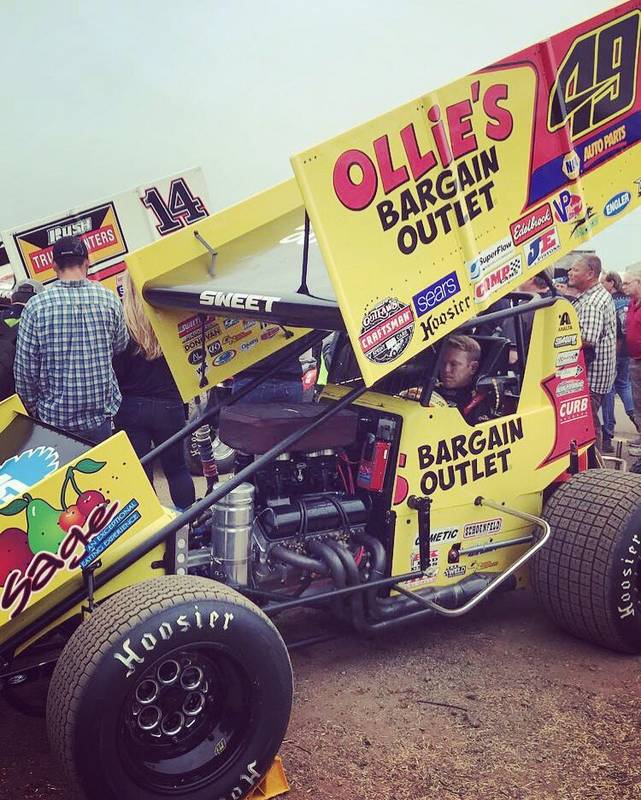 Friday night the No. 49 team had to battle the entire night, taking a provisional which gave Sweet a 25th-place in the starting spot in the A-main. The changes the crew made along with the determination of the “The Big Cat” paid off.  Sweet was awarded the “Hard Charger” award by advancing 16 places to finish ninth.

Saturday night Sweet would finish third in his heat race, just putting him outside of qualifying for the dash and a top-six starting spot for the A-main. The No. 49 machine would automatically transfer to the feature starting 17th for the final race of the year. Brad would climb five places through the race finishing just outside the top ten in 11th.