It had been almost 90 days since the last NOS Energy Drink World of Outlaws Sprint Car Series (WoO) event when the Kasey Kahne Racing team unloaded at Knoxville Raceway on Friday night. The WoO schedule is typically back-loaded with a majority of the season’s races in the second half of the summer, so the teams are accustomed to races being a bit spread out earlier in the year.

But not this spread out.

February 9 was the last time the “Greatest Show on Dirt” held an event before the COVID-19 Pandemic brought sports in the United States to a screeching halt on March 12. 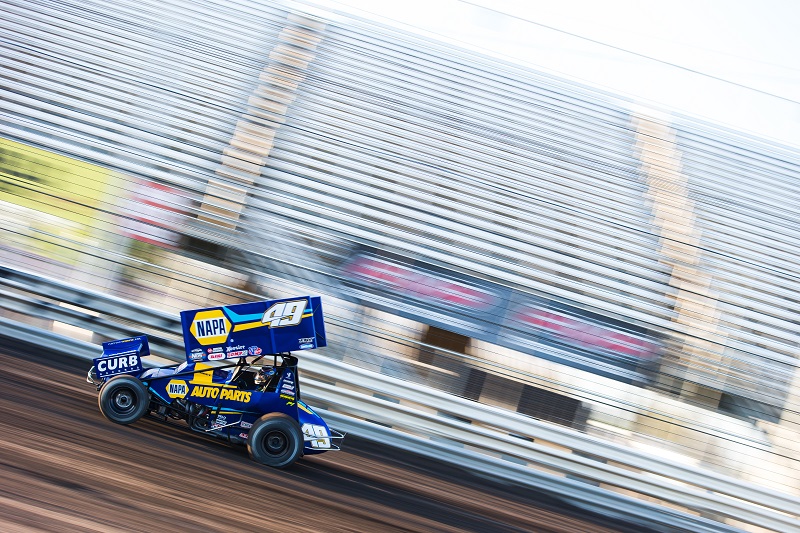 With strict social distancing and COVID-19 protection procedures in place and without any fans in attendance, the World of Outlaws were the first major motorsports sanctioning body to return racing, with an adjusted schedule and a single-night race at the famed Knoxville Raceway in Knoxville, Iowa.

Defending WoO Champion Brad Sweet and his No. 49 NAPA AUTO PARTS team unloaded on Friday night eager to pick up the momentum built at the seasons opening weekend at Volusia County Speedway in February. 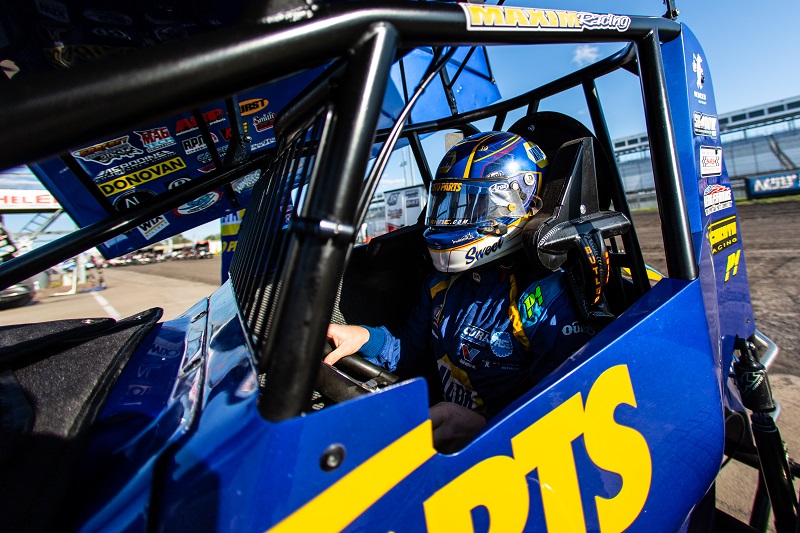 Forty-eight cars entered the event, splitting qualifying into two “flights.” With an unfavorable late draw in Flight A, Sweet went out late in the order, earning the 14th-fastest lap in the first group of qualifiers.

Having his work cut out for him by starting seventh in the second of four heat races, Sweet advanced to the fifth position by the end of the eight-lap heat race, which ultimately put him on the inside of row nine for the start of the 30-lap feature. 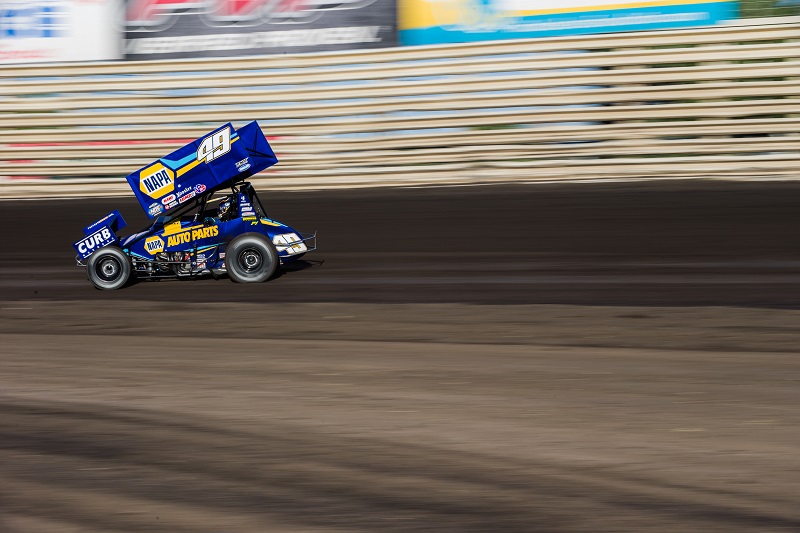 At the drop of the green flag, the work that the NAPA AUTO PARTS team put into the car before the feature immediately started to pay dividends. Sweet, the 2018 winner of the Knoxville Nationals, began working the low side of the speedway and methodically worked his way into the top 15.

The first caution of the night flew on lap six, and another on lap 12. On the ensuing restart, Sweet lined up behind the No. 57 car of Kyle Larson. When the green dropped, Larson’s car stumbled, which caused both drivers to lose multiple positions. When Sweet was able to get around Larson, he once again worked his way toward the front. 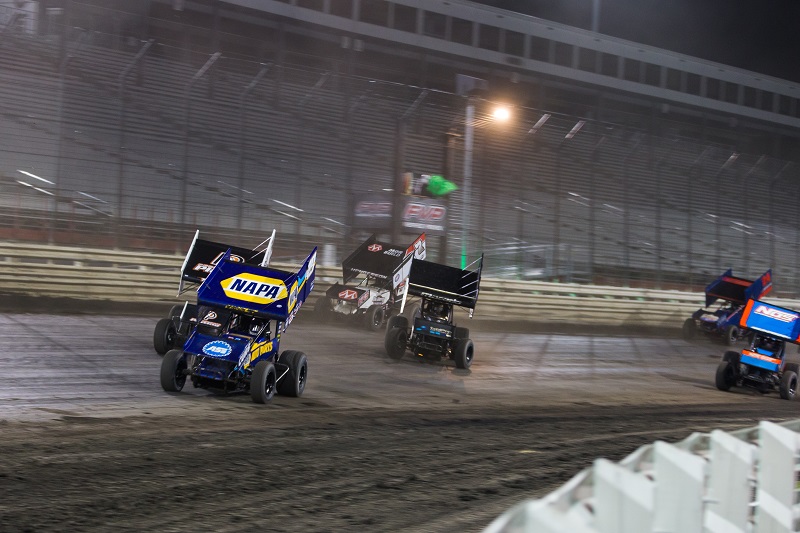 By the checkered flags on lap 30, the Grass Valley, Calif., native was able to secure himself in the top ten by finishing ninth while earning the KSE Hard Charger Award by advancing the most positions out of any driver in the event. In four completed races in 2020, Sweet has finished inside the top ten in every event, placing the defending champion second in the championship standings.

The next scheduled event for the NOS Energy Drink World of Outlaws Sprint Car Series is Friday, May 22, at I-55 Speedway in Peveley, Mo. The two-day event will allow limited fans in attendance.

Next Race: May 22-23, I-55 Speedway
How to Watch or Listen: Stream live on www.dirtvision.com