The NOS Energy Drink World of Outlaws Sprint Car Series began their final west coast swing of the 2019 season on Friday and Saturday, with a two-day show at Skagit Speedway in Alger, Wash. Nestled in the northwest corner of Washington state, the 3/10-mile oval has been a staple of auto racing in the Pacific Northwest since 1954. 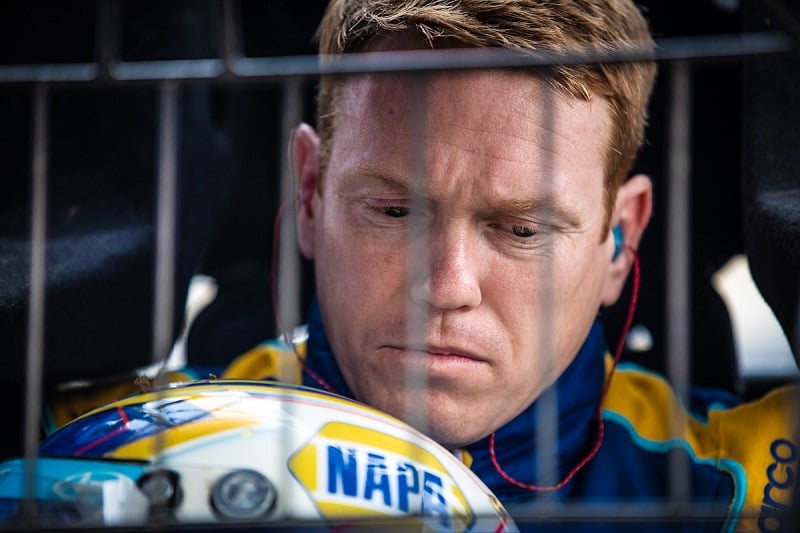 Brad Sweet and the Kasey Kahne Racing No. 49 team began Friday evening with an eighth-place qualifying effort, posting a lap time of 10.717 seconds around the high-banked track. Sweet went on to start fourth in his heat race and, with a third-place finish in the ten-lap sprint, narrowly missed a transfer spot to the dash.

Per World of Outlaws Series rules for a car count of under 20, an additional qualifying race is run to set the final two positions of the dash. Starting second, Sweet quickly jumped to the lead and won the ten-lap race, which earned him the fifth starting position of the dash. 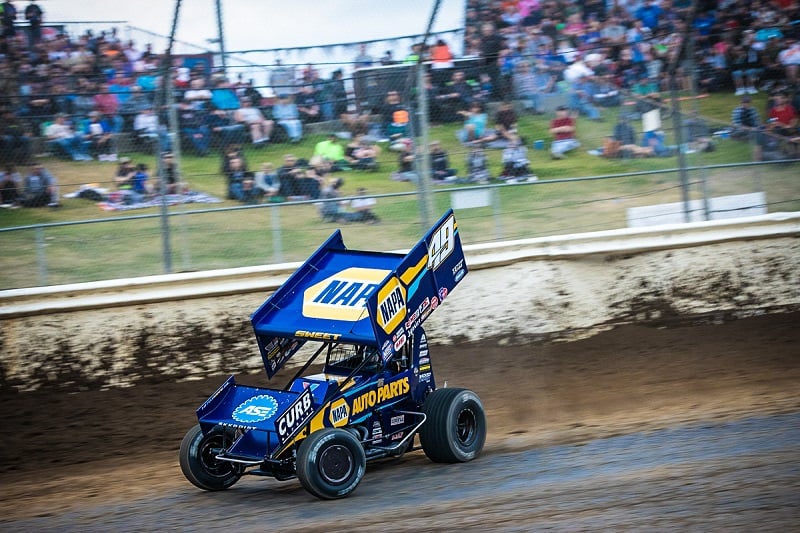 After a sixth-place effort in the DIRTVision Fast Pass Dash, Sweet started on the outside of the third row for the 30-lap feature. “The Big Cat” settled into the fifth position until the first caution of the night flew on lap three. On the ensuing restart, the No. 49 NAPA AUTO PARTS machine defended the fifth-place position and remained there as the field of cars clicked off lightning-fast lap times for the duration of the event. The fifth-place finished marked Sweet’s 34th top-five finish of the season. 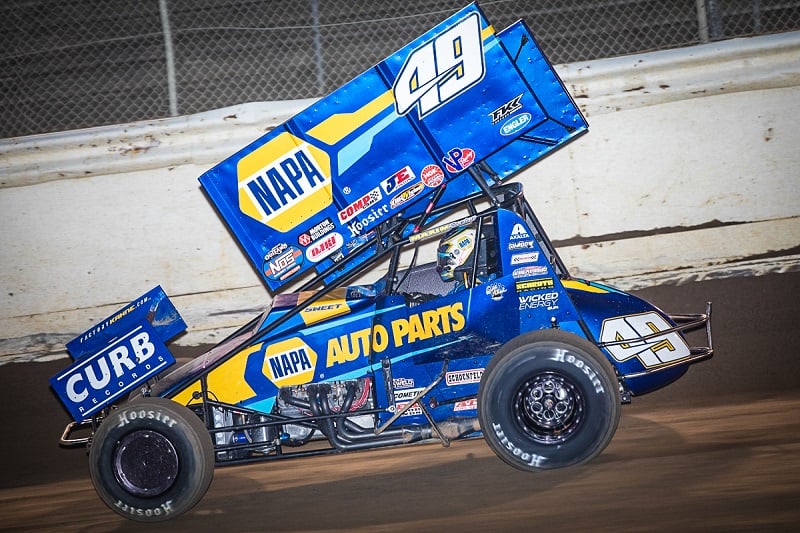 The following night, the series returned to Skagit along with over 50 NAPA AUTO PARTS guests and VIPs. Sweet met with the group of automotive specialists and their families in a private meet-and-greet and autograph session before cars hit the track for practice.

The Kasey Kahne Racing team improved on their qualifying position from Friday as they posted the third-fastest lap of the afternoon with a time of 11.394 seconds. A second-place finish in his heat race netted the Grass Valley, Calif., native a spot in the DIRTVision Fast Pass Dash. Finishing fourth in the six-car, eight-lap dash, Sweet earned a fourth-position start for the 40-lap feature. 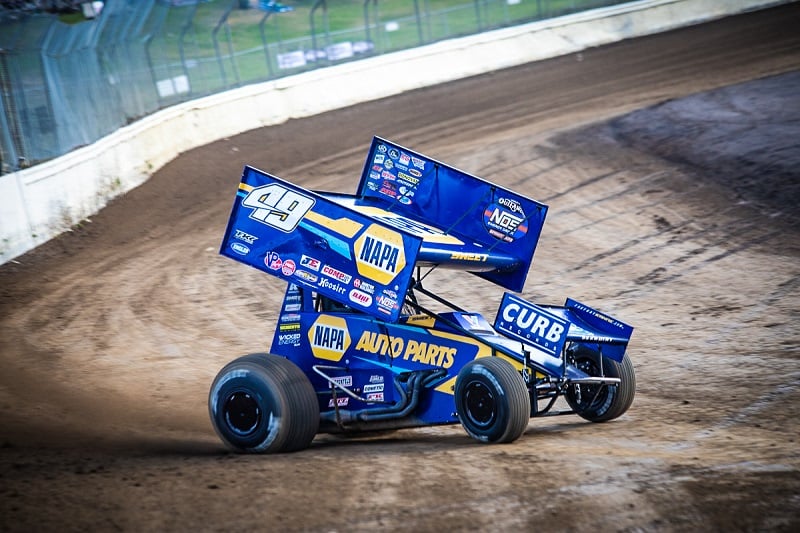 At the drop of the green flag of the feature, Sweet quickly moved into the third position and immediately set his sights on Tim Keading and the number two spot. Working the low side of the track, Sweet stalked Keading and his No. 7 machine for the following seven laps until the leaders caught lapped traffic. With the sold-out crowd on its feet, Sweet wrestled second away from Keading with slide-job pass in turns three and four on lap nine.

The caution flag then waved, and when the race restarted, Sweet set his sights on leader Logan Schuchart. The pair stretched their lead on third place Tim Keading as they again caught lapped traffic with 17 laps remaining. Once again pulling an impressive slide-job pass, going from the bottom to the top of the speedway, Sweet briefly took the lead away from the No. 1A car. However, Schuchart quickly turned back under Sweet off of turn two and regained the lead down the backstretch. 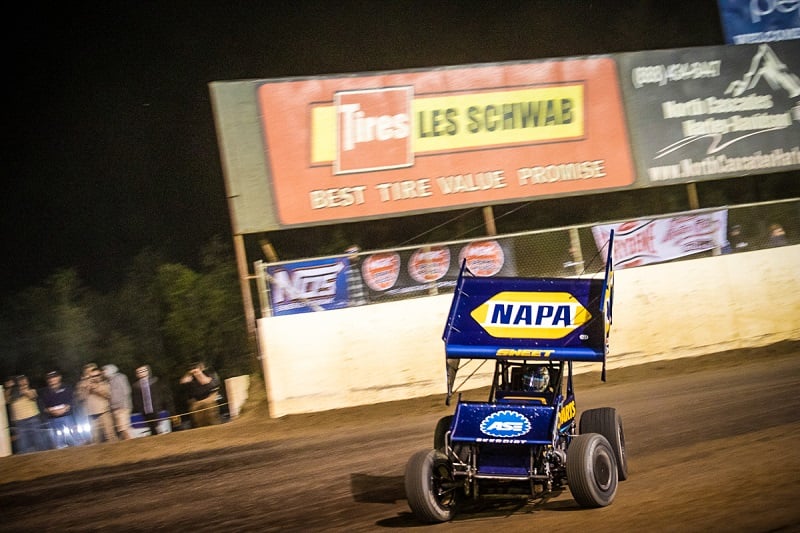 Sweet stayed with Schuchart, looking for an opportunity to take the lead as the pair navigated lapped traffic until a late caution flew with only seven laps remaining. When the race resumed, Tim Keading was able to get by Sweet into turn one; however, a multi-car crash immediately brought out the red flag. The field was reset, going back to the last completed lap.

On the penultimate restart of the night, Sweet was able to retain the second position, holding off challenges from Tim Keading, Daryn Pittman, and Donnie Schatz. With only two laps remaining, yet another caution flag flew over the speedway.

On the final restart of the night, Schatz snuck by Sweet with a tight slide-job pass, and the two narrowly made contact. Sweet wasn’t going to give up that easy as he pulled side-by-side with his championship-contending rival into turn three. Sweet wasn’t able to complete the pass, and the NAPA AUTO PARTS team crossed the finish line in third as the checkered flag flew. 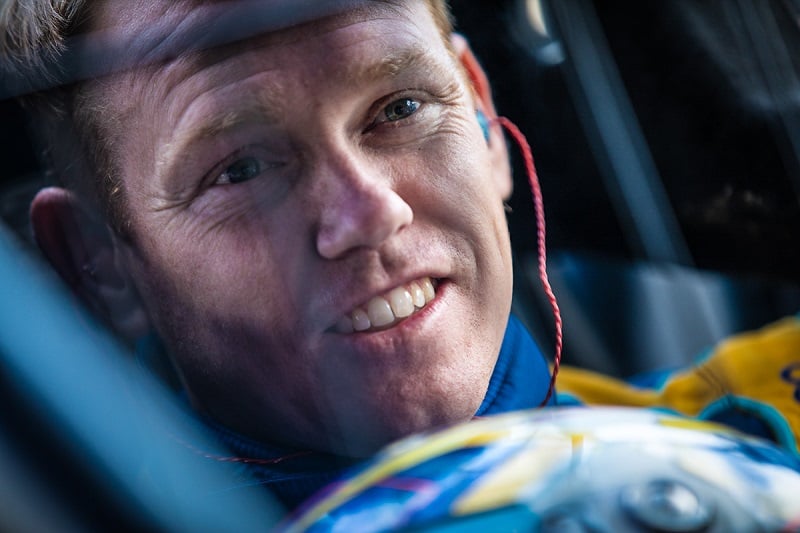 “We sure did try,” Sweet said after the race. “Every time we timed it pretty good in traffic Logan was able to counter. We made a little contact that one time, but it was all hard racing. I knew I needed to get the lead and kind of went a little too hard and burned up my tire. The track was really aggressive when you’re running high.”

The final event of Labor Day Weekend was held Monday at Grays Harbor Raceway in Elma, Wash. Along with Skagit Speedway, Grays Harbor is where a young Kasey Kahne cut his teeth in sprint car racing before making his way to the NASCAR ranks in the early 2000s. 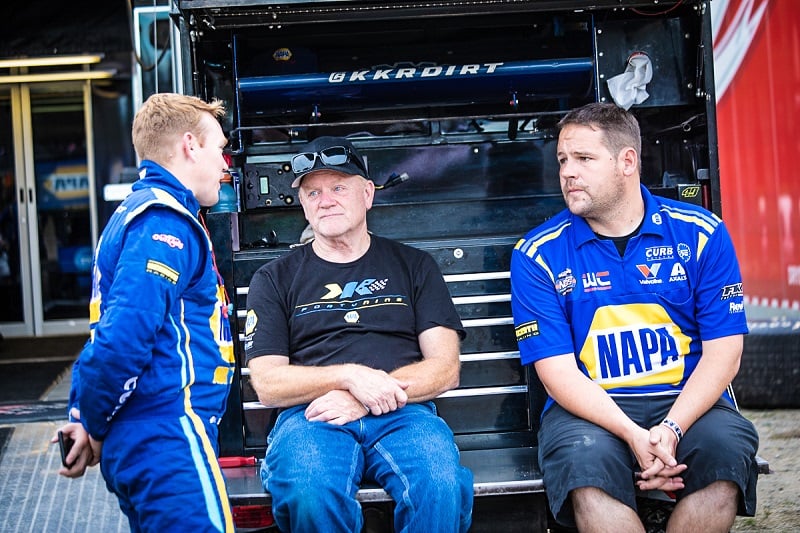 Sweet and the NAPA team struggled uncharacteristically for speed all afternoon on Monday, qualifying 14th and finishing fifth in their heat. The Eric Prutzman-led team wouldn’t give up, changing gears and most of the car’s set up before the feature rolled off. 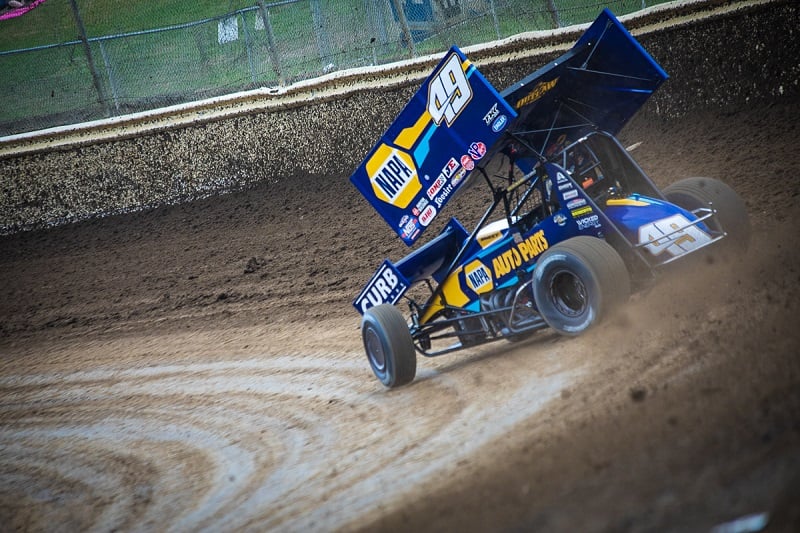 The NOS Energy Drink World of Outlaws Series returns to action at Willamette Speedway in Lebanon, Ore., on Wednesday Sept. 4.

Next Race: September 4, Willamette Speedway, Lebanon, Ore.
How to Watch or Listen: www.dirtvision.com