Brad Sweet and the NAPA AUTO PARTS Kasey Kahne Racing (KKR) team traveled to the Midwest over the weekend for two days of racing at the historic I-55 Raceway in Pevely, Missouri.

Sweet has a track record of success on the 1/3-mile, high-banked oval in Missouri, and that showed when he went out for qualifying on Friday. The No. 49 car set quick time with a lap time of 10.335 seconds. Sweet lined up first in the opening heat race of the evening. When the ten-lap shootout went green, Donny Schatz jumped to the lead on the start and never looked back. Sweet was still able to advance to the Fast Pass Dash, where he took the checkered flag from the second position. 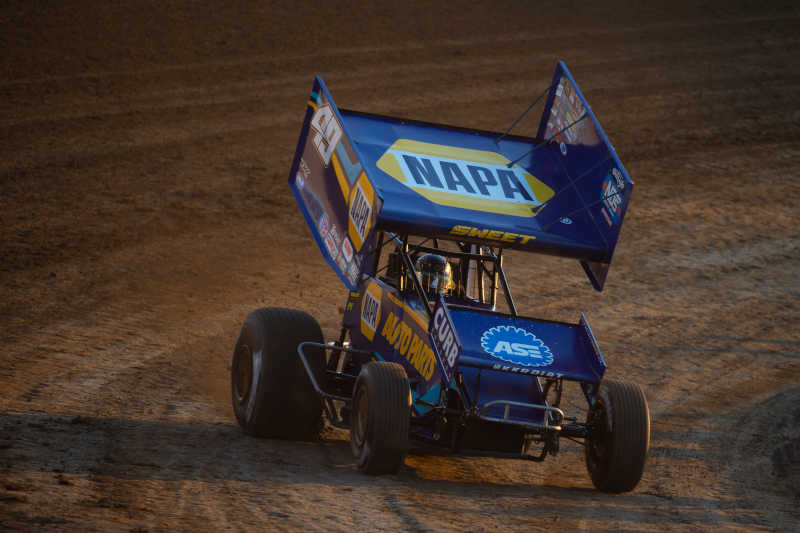 When the green flag flew to start the 35-lap feature, Sweet challenged polesitter Sheldon Haudenschild for the lead before falling in line behind him. It was a tight battle between Sweet and Haudenschild for the first 15 laps, but even with multiple slide job attempts, Sweet couldn’t capture the lead. A few laps later, the No. 49 was able to slide under Haudenschild and secure the lead. However, a caution came out before they could complete a lap, and the field was reset with Sweet in second. In the closing laps of the feature, Haudenschild was able to work his way through traffic better than Sweet, resulting in a second-place finish for the NAPA AUTO PARTS racer. 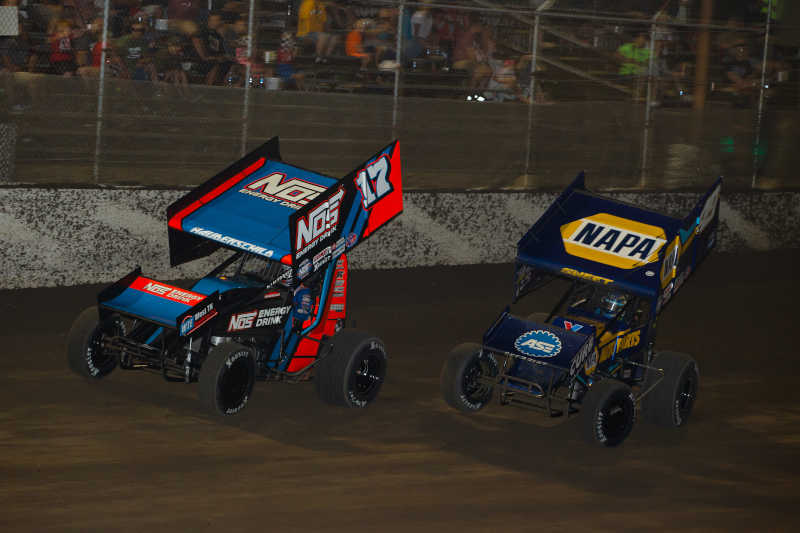 “It’s good to be on the podium,” Sweet said after night one at I-55. “Sheldon was up on the fence, and I had to be aggressive. He was making moves, and it was fun to watch. We gave it all we had, but he was able to get through traffic better than us there at the end. We’ve got to make our NAPA AUTO PARTS car a touch better.”

There was even more on the line Saturday as teams competed for the prestigious Ironman 55 title. Sweet was the last car to qualify and posted a lap time faster than Friday, which resulted in a second-place qualifying effort. He finished second to Rico Abreu in the heat race, allowing him to advance to the Fast Pass Dash again. Sweet drew a seventh place starting spot in the Dash and ended in the same position.

The No. 49 team took the green flag for the 55-lap feature from seventh and maintained that position through multiple restarts over the first 30 laps. Most of the passing action was happening up front, but Sweet made his way to sixth with 15 laps remaining. With five to go, the NAPA AUTO PARTS car fell back to tenth and couldn’t recover before the checkered flag waved. While Sweet didn’t have the car to compete with the top-four contenders–who looked to be in a league of their own–he was able to salvage a top-ten finish out of the evening.

Saturday’s finish did result in Sweet losing some ground in the Championship Points battle. While he still holds the top spot in the standings, he’s only 20 points ahead of two drivers, Donny Schatz and Logan Schuchart, who are tied for second. However, Sweet and his NAPA AUTO PARTS team will be returning to Knoxville Raceway next, a track where Sweet has achieved a lot of success. The NOS Energy Drink Sprint Car Series will take on the famous track in Knoxville, Iowa, for three days of racing starting Thursday, August 13, and ending Saturday, August 15.

Next Race: Aug. 13-15, Knoxville Raceway, Knoxville, Iowa
How to Watch or Listen: www.dirtvision.com