Brad Sweet and the No. 49 NAPA AUTO PARTS team found success in the state of Indiana, winning the World of Outlaws Sprint Car Series event at The Action Track in Terre Haute.

With the season winding down, the NAPA AUTO PARTS team headed west for the final time to Jacksonville, Illinois, for a makeup race on Friday night. Unfortunately, mother nature had other plans, and the events at Jacksonville Speedway were cancelled with no makeup date. 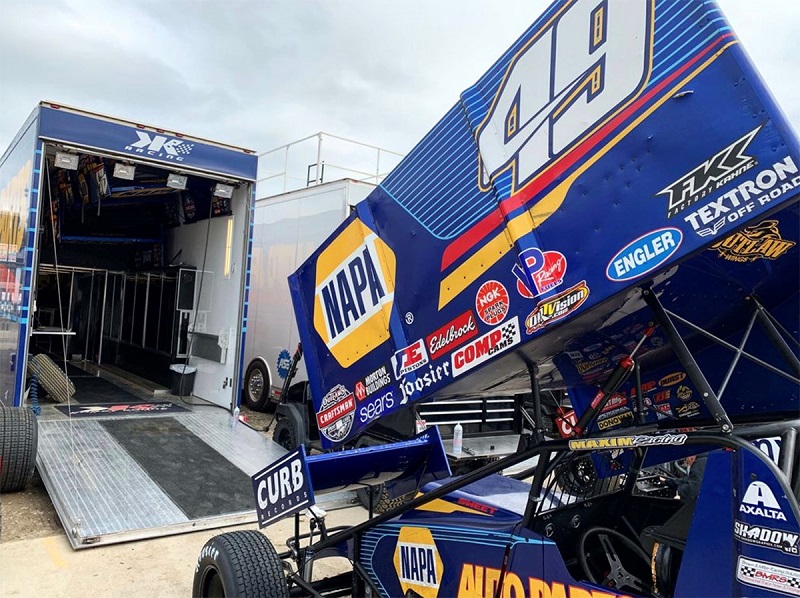 On Saturday, the team traveled to The Action Track in Terre Haute, Ind., where a stout field of 32 cars signed into the World of Outlaws event. Sweet ended up eighth quick overall, lining him up in the fourth and final heat race, starting on the outside front row. With eight laps in distance, the team kept their eyes on a top-two spot to earn a position in the night’s dash. Sweet maintained second and advanced to the dash. 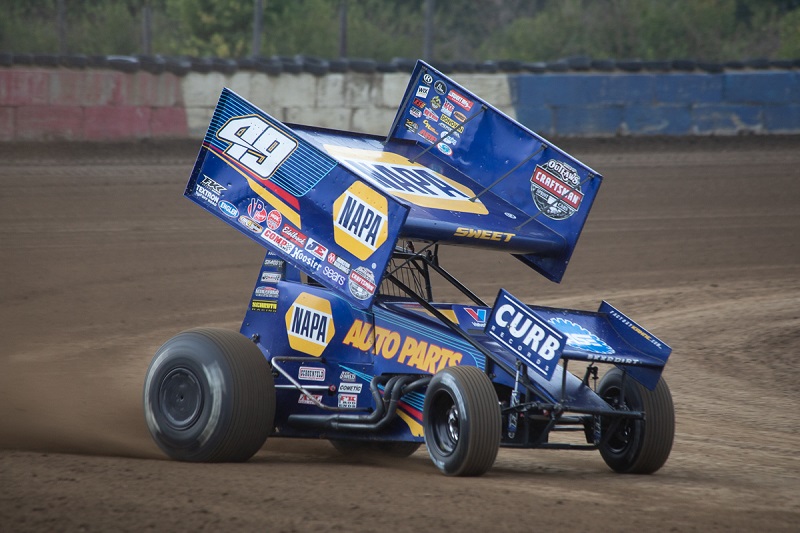 Sweet lined up on the outside front row and had six laps to make something happen. The NAPA AUTO PARTS team did just that; Sweet went on to win the dash by a margin of 0.054 over teammate Daryn Pittman. When the green flag waved for the feature event, Sweet took command and pulled away. The No. 49 team made their way through lapped traffic perfectly and came to the white flag. As Sweet was coming out of turn four, the yellow flag waved. The NAPA AUTO PARTS team were once again plagued by a green-white-checkered finish, but Sweet took command once again and went on to earn his ninth World of Outlaws victory of the season.

A rare Sunday show was up next at the famed Eldora Speedway in Rossburg, Ohio. Another solid field of 40 cars showed up, and Sweet wound up ninth quick in his group. This lined him up in the inside third row of first heat race. Sweet made a few gains and finished in the fourth spot, advancing him to the 30-lap feature event. Starting in the 13th starting spot, Sweet and the No. 49 team bounced back and forth from 12th to 14th and eventually finished in the 13th position. 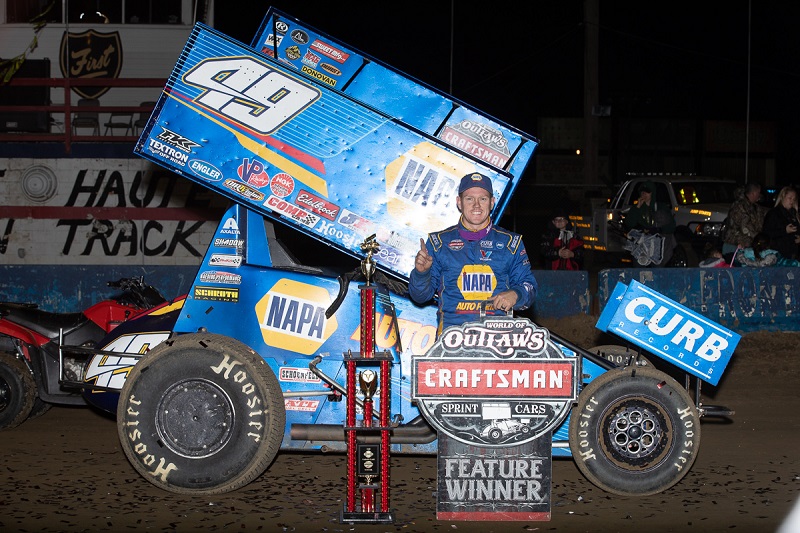